In Nagaland, a school teaches urban kids to get their hands dirty, for all the right reasons

In Nagaland’s Phek district, an annual farm school teaches the urban millennial the value of food on their plates. 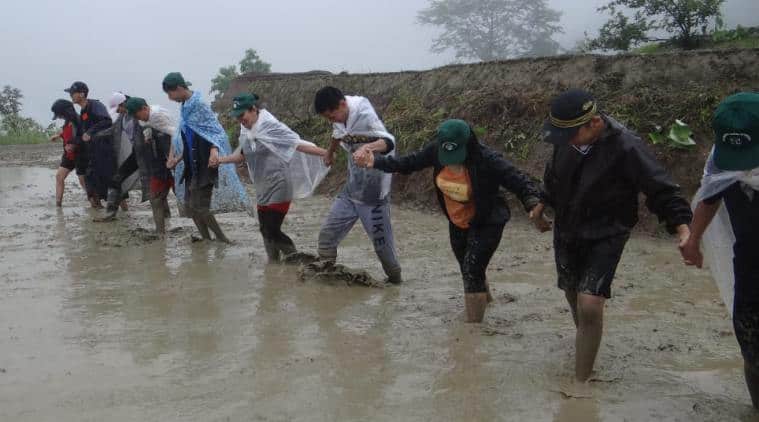 Just three days back, 17-year-old Saoyang Huang, a 12th standard student of Dimapur’s Livingstone Foundation School,  made a resolve not to waste food. A week in the paddy fields of Chizami village located in the Nagaland’s Phek District last month, has made the youngster realise “how hard a farmer works to feed all of us.” “We would wake up at 6.30 am, go for a walk (that was our quiet time!) and later in the day, we would work in the paddy fields. Sometimes it would rain, but we would continue working anyway,” he says.

Back in Dimapur now, after his week-long stay at the Summer Farm School (SFS) conducted by NGO North East Network (NEN) in the small hamlet of Chizami 150 km away, Huang still manages to wake up early. He says, “But even if you wake up at 4 am here, it is not the same. You don’t get ‘quiet time.’” The idea of the Summer Farm School is rooted in the NEN’s larger plan for promoting agro-biodiversity farming.

For the organisers of the Summer Farm School, though, it’s a job well done. “We do not expect all young people to become farmers. But we do want them to become responsible, young consumers,” says Seno Tsuhah, who has worked with the Chizami chapter of NEN from the beginning. She adds that 70 per cent of Nagaland’s population depends on agriculture. She says, “It is important to strengthen sustainable agricultural practices. Especially in a place like Nagaland where there is so much scope for it.”

NEN’s work in Chizami, which started in 1999, was initially in the field of womens’ reproductive health. Today, it also works to mobilise thousands of Naga women from the unorganised sector in Phek, Dimapur and Kohima to build livelihood skills such as weaving, as well as agriculture.

The idea of the Summer Farm School is rooted in the organisation’s larger plan for promoting agro-biodiversity farming. “We are looking to combine the modern and traditional,” says Seno, and thus involving young, urban people is crucial.

Of course, it was not easy. “When we first started out in 2016, while everyone said it was ‘wonderful’, no one really signed up. So we practically had to hunt for people,” says Akole Tsuhah, another member of NEN. “The response in the second year was marginally better but we had almost zero representation from urban areas, and that really did not serve our purpose. But in 2018, we got amazing response — and all from city-based kids!” she says, adding that the school is open to anyone from any part of the country, but till then “they had only received responses primarily from Nagaland.” Students learning about herbal plants on one of the biodiversity walks.

The week-long program titled “Bridging the Field-to-Plate Gap” had their third edition conclude on July 2 and included lectures, walks, and most importantly, practical training in the fields for the group of 22 students between ages 15 and 20. “Most of these kids have never set foot in paddy fields, and it is a very hands-on program that starts early in the morning and ends late evening but it was heartening to see how all of them expressed that they did not want to go back home at all,” says Akole.

The other activities included sessions on how to maintain a honey bee colony, understand soil management, how to transplant paddy as well as walks where the students learn how to identify and document edible herbs. “Urban children rarely get a chance to connect to ground realities, and our initiative is a step in that direction,” says Seno, “We found that no young people work in agriculture and our school was one way to remedy that.” 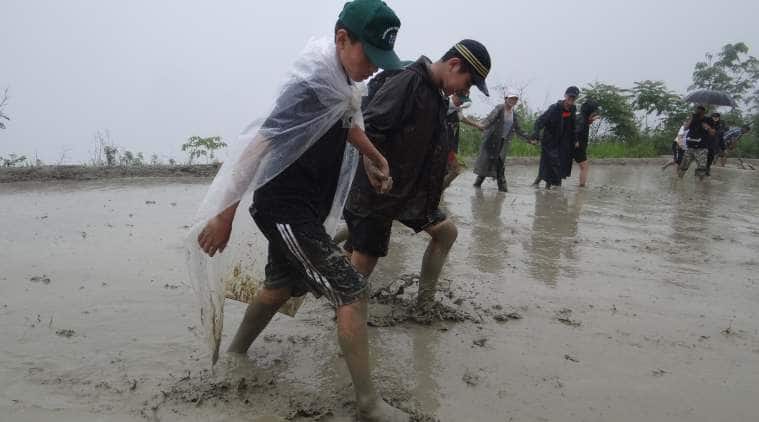 Towards the end of the week, most students, including Huang, pledged to start their own gardens back home. He insists that he now knows “the value of the food on his plate.” “We just waste food for no reason. And it’s a pity we have to work in the fields to realise how wrong that is,” he says.