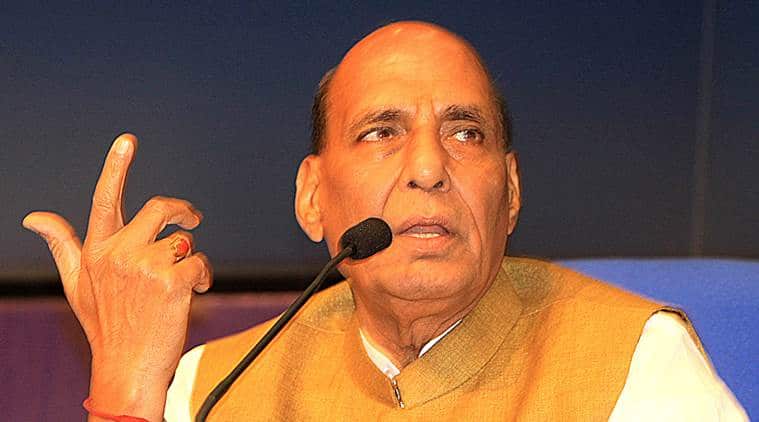 Amid a demand by the state’s civil society groups for deferring the upcoming state elections to facilitate a solution to the decades-long Naga insurgency issue, Union Home Minister Rajnath Singh has said that the Assembly polls will be held on schedule.

Singh conveyed this to Nagaland Chief Minister T R Zeliang when the latter met him in New Delhi on Wednesday.

“HM [Home Minister] also told the Nagaland Chief Minister that announcing the dates for assembly elections is the prerogative of the Election Commission and the elections have to be held on schedule,” the minister’s office tweeted.

Zeliang is reported to have offered some suggestions for a solution to the Naga issue during the meeting. “HM told him that the negotiations of various Naga groups with the interlocutor will continue,” another tweet said.

Assembly elections are due in Nagaland, Meghalaya and Tripura in February-March this year, and the election schedule is expected to be announced early next month.

On Tuesday, Nagaland’s Health and Family Welfare Minister Imkong Imchen had said that he supports the demand of various Naga groups to defer the Assembly elections in order to facilitate a solution to the seven-decade-old Naga insurgency issue.

Various civil society groups have demanded that a final peace accord be signed with the NSCN-IM before the Assembly elections.

On Tuesday, the Naga Hoho, a forum for all Naga tribes in the state, sought PM Narendra Modi’s help in postponing the Assembly polls. It told Modi that the insurgency problem should be resolved first.

“It is the unanimous view of the Naga people that the political solution or Naga peace accord is more important than elections and therefore, it has become imperative that the elections to the legislative Assembly of Nagaland be deferred for peace and tranquility,” the tribal organisation said.

Metro 4: MMRDA to seek approval for route extension till Gaimukh