While Mizoram alleged Assam Police opened fire on three Mizo civilians, Assam claimed miscreants from the other side fired first, after which Assam Police retaliated. 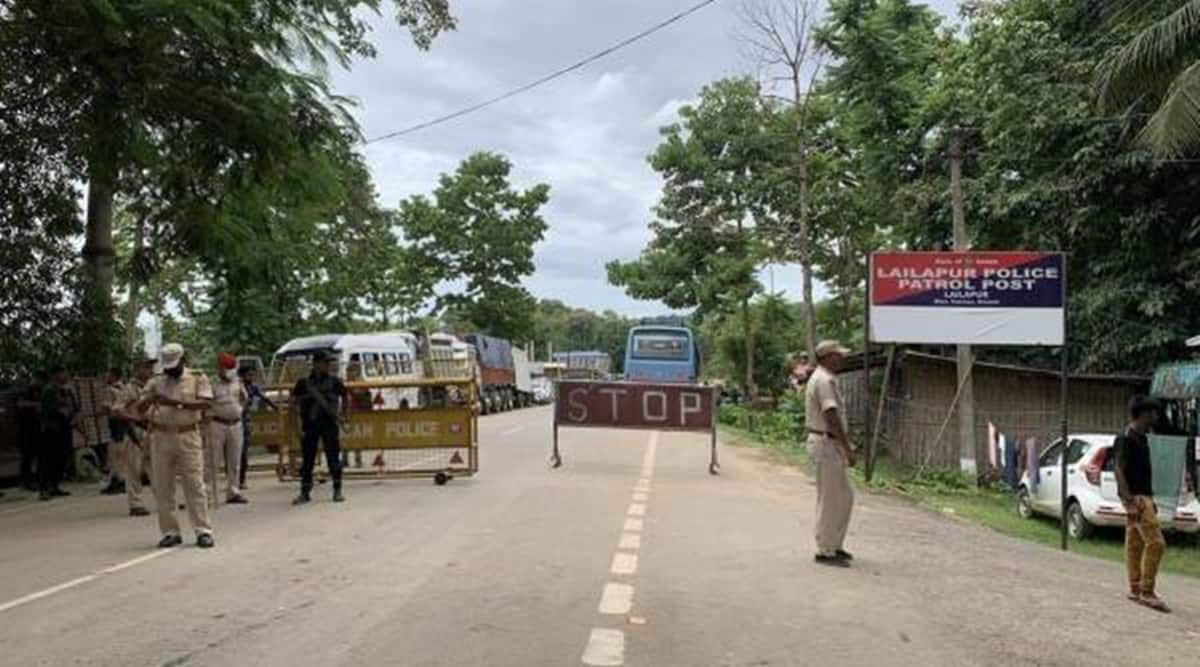 Tensions between Assam and Mizoram stem from demarcation of the border done on two different dates and started as far back as 1994 but has flared up more frequently over the last two years. (Express file photo by Tora Agarwala)

Three weeks after violent clashes broke out at the Assam-Mizoram border, which left six Assam policemen dead, tensions along the disputed inter-state boundary escalated Tuesday over a firing incident.

While Mizoram alleged Assam Police opened fire on three Mizo civilians, injuring one, on the boundary along Hailakandi (Assam)-Kolasib (Mizoram) districts, Assam claimed miscreants from the other side fired first, after which Assam Police retaliated.

As per Kolasib district Deputy Commissioner H Lalthlangliana, three people from Vairengte had gone to Aitlang Tlangpui (Kolasib) to collect a “normal supply of meat” from their friend, who lives near the border, at Bilaipur in Hailakandi district, at 2 am Tuesday.

The official claims that on reaching the designated meeting spot, the three heard a “loud whistle”, apparently from their friend. However, when they whistled back, they claimed Assam Police, who were on duty near the border, fired at them in the dark, after which the group fled.

According to an official in Hailakandi district, Assam Police were manning a hill (on the Assam side), close to the Mizoram border. “Around 2am, the officials sensed that some people were moving tactically in the area. Our officials asked them to identify themselves but they did not answer and suddenly they opened fire at us. In retaliation, Assam police also fired. After that, they disappeared…it was very dark.” Next morning, police conducted a search but could not find anyone in the area.

According to Mizoram Police, while the group managed to reach Vairengte unharmed, one person sustained injuries on the arm. Kolasib’s Lalthlangliana has written a letter to his Hailakandi counterpart with a request that they “look into the matter and take immediate action.” A case has been registered in the Vairengte police station at Kolasib district in Mizoram.

Currently, both the state police forces are stationed at the spot. An Assam official said the “two sides were communicating” and the situation at the border was “fully under control but tense.”

Out of the 165-km-long Assam-Mizoram border, disputed at several points, Hailakandi district accounts for 99.1 km, which it shares with Mizoram’s Mamit and Kolasib districts.

Tuesday’s development comes three days after a small blast damaged a school in Hailakandi district in Assam allegedly by Mizoram miscreants. Mizoram authorities had denied any involvement in the incident.

Tensions between the two states stem from demarcation of the border done on two different dates and started as far back as 1994 but has flared up more frequently over the last two years. However, the most violent standoff was reported on July 26, where six Assam policemen had been killed in a disputed area along the border of Cachar (Assam) and Kolasib (Mizoram) districts.

Explained |Why did a 150-year-old Assam-Mizoram dispute get violent now?

After the July 26 incident, tensions de-escalated with the Centre intervening and deploying neutral forces. On August 5, representatives of both states met in Aizawl to discuss the issue. After the meeting, the states issued a joint statement saying they would maintain peace along the border.

Elgaar Parishad case: HC directs shifting of Hany Babu back to prison after discharge from hospital