In a world where archives tend to be perceived as strictly academic spaces for scholars and historians, a new Northeast India-centric archive in Shillong aims at being different: accessible, interactive and user-friendly. 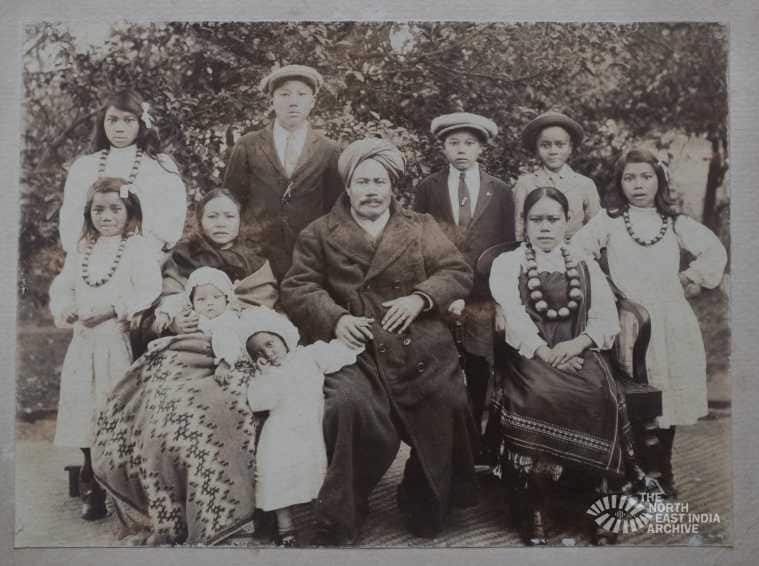 It may be the oldest moving image representation of Shillong. Or it may not. But one can find it — in all its shaky, grainy glory — at the newly-inaugurated North East India Audio Visual Archive in Shillong. Dating back to the 1930s, the clip features a dance form, a ritual in progress, a shot of the Cherrapunjee station, the Shillong Golf Course and… “plenty of of unanswered questions. Who is dancing? What are these rituals? And are they really from 1932?” says Tarun Bhartiya.

For the Shillong-based filmmaker, who procured the footage from a British historian, these questions are crucial. “Film and footage don’t mean anything unless you put them in context.” And that is what the Northeast India AV Archive — a project he helped conceive — is trying to do.

Inaugurated in October, the archive intends to be an audio-visual repository of the rich heritage of the Northeast in its entirety — think everything from old rare cinema to amateur footage of family holidays to newsreels from the 1950s. The idea of the archive had come to Bhartiya when he hit a roadblock while researching for a film a few years ago. “There was practically no research material available,” he says, “Not even from Assam.”

Soon, with the help of the Japan’s Sasakawa Peace Foundation, Bhartiya  teamed up with St Anthony’s College, Shillong to build the only audio-visual archive of its kind in the region — one that aims at being more than just a “storehouse of nice trinkets of novelty.”

“Archives are usually perceived as strictly academic, administrative spaces, often intimidating the user,” says Bhartiya, “But this one aims at being different — it is one people can actually use, access and understand.” An Archive With A Difference

Situated in St Anthony’s College in Shillong, the archive is run by its Mass Communication Department, with Bhartiya as its research consultant. In the one month of its existence, requests and visitors have started trickling in, according to Nathaniel Majaw, Assistant Professor at St Anthony’s College and Project Director of the archive. “One of the challenges is trying to make people understand what an audio-visual archive is — because when people think archive, they immediately think documents,” says Majaw.

But the strength of this archive lies in its diversity. Take for example, a film reel on Shillong traffic from the 1930s. “Just how it looked back then would thrill anyone — not just scholars and academicians,” says Bhartiya.

While the archive in its current form has a special focus on cinema from the Northeast (including a collection of Manipuri filmmaker Aribam Syam Sharma and Hamlet Bareh’s Ka Synjuk Riki Laiphew Syiem, known to be the first Khasi film), it also has photographs of locals taken by missionaries in the 19th century, as well as more obscure findings: old news reels of floods in Assam from 1950s to 1970s, government-conducted public hearings, news segments by local cable television channels over the years etc.

The team has also reached out to Shillong-based sound studios and musicians who have collections of old cassettes, and cable news operators to digitise their news. “No one realises it but local news channels are a wealth of information. They don’t just do news shows, but also short short documentaries, feature stories etc many of them in regional languages,” says Majaw.

An approach like this, which focuses on raw, unadulterated footage, leads to  a better sense of history in a region like Northeast, where narratives are often contentious. “We want to look at visuals outside the terrain of art,” explains Bhartiya.

In that, the team is also scouring non-traditional sources of images —  amateur family films, old portraiture and the like. “When people visit, we ask them to give old family photographs that we can digitise,” says Majaw. Archiving For the Future

While part of the material is available on the archive’s website, it is the physical space in St Anthony’s College where a user can access material, in high resolution.

The process is not without hurdles. “Digitisation, preservation and restoration are extremely costly,” says Majaw. While the archiving process is in its initial stages, the team is hopeful of support from the Government of Meghalaya, whom they are already in touch with. “The Japan’s Yamagata International Documentary Film Festival (YIDFF) team has also collaborated with us to share ideas, material and expertise in film archiving,” says Majaw.

While preserving the past is the project’s primary aim, the team is also building an archive of the present — new material picked up from around the streets of Shillong. “The students are recording/collecting stories in video told by people,” says Majaw, “This can be just about anything — an account from someone who has made a significant contribution to the state or the experience of the many alu-moori sellers in the market. We want to build a community archive of sorts, one which is lively and vibrant,” says Majaw.