5 trapped after explosion in Meghalaya mine

Jagpal Singh Dhanoa, SP of EJH district, said, “The main culprit, according to the eyewitnesses is the ‘sordar’ Nizam Ali, who did nothing to rescue the trapped labourers. Rather, Ali threatened the survivors with dire consequences and chased them away from the mining site.” 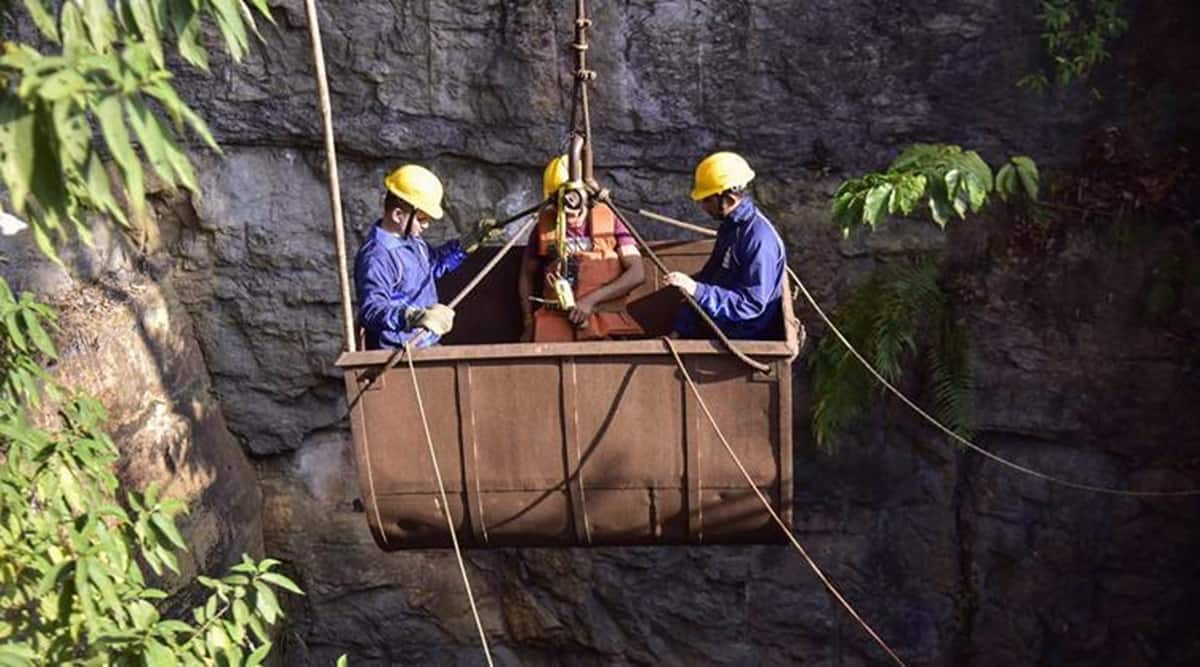 In 2021, the BMC had identified over 290 landslide-prone areas across Mumbai. Narvekar said that the BMC will also take the help of civic societies and local groups for training these vulnerable populations. The initiative is likely to start on May 15.(Representational)

Five workers, four from Assam and one from Tripura, went missing after an illegal coal mine in Meghalaya’s East Jaintia Hills (EJH) district got flooded following a dynamite explosion on Sunday evening, police said.

Jagpal Singh Dhanoa, SP of EJH district, said, “The main culprit, according to the eyewitnesses is the ‘sordar’ Nizam Ali, who did nothing to rescue the trapped labourers. Rather Ali threatened the survivors with dire consequences and chased them away from the mining site.”

Police have registered a case under Sections of the IPC and the Mines and Mineral (Development and Regulation) Act (MMDR) and Disaster Management Act, Dhanoa added.

Speaking to The Indian Express, the SP said that it appears the mine was operating illegally and search operation is on for the five trapped labourers. “There are 6-7 survivors. According to them, at least five workers got trapped inside. It has been raining incessantly for the last two days. Therefore, pumping water out of the mine to rescue the workers is proving to be difficult. No stone is being left unturned to arrest the sordar of the mine,” he added.

Police in Assam’s Cachar district from where two unidentified workers are supposed to belong said that they are waiting for further information from Meghalaya Police.

In January this year, six labourers were killed in an ‘accident’ involving a crane near an abandoned coal mine in the same district, leading to investigations into whether there was an attempt to mine coal illegally at an abandoned mine at the location.

Coal mining in Meghalaya hit the headlines when at least 15 workers got trapped and died inside a mine in Ksan in the EJH district in 2018.

The Ksan accident brought to light that illegal rat-hole (in which narrow tunnels, 3- to 4-feet high, are dug into mountains for workers to move through and extract coal) mining had continued to thrive in Meghalaya despite the NGT ban in 2014.

In July 2019, the Supreme Court allowed mining operations to continue in the state on privately and community-owned land, subject to the condition that all necessary permissions and clearances were obtained. Activists argue that coal mining through the rat-hole technique flouts most of the environmental safeguard protocols.

When allegations of illegal coal mining in the state were raised in October last year, Chief Minister Conrad Sangma had termed the allegations politically motivated and said that the government was following all regulations laid down by the SC and the NGT.