Sources said a CBI team has already reached Manipur and will question Singh and some other accused in the case on Wednesday. 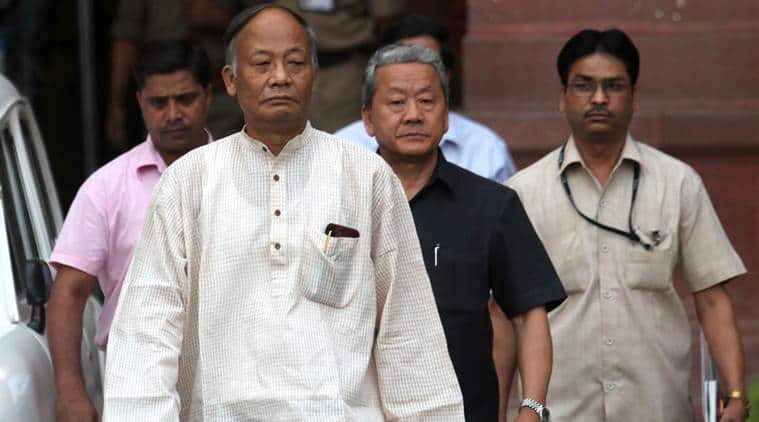 Amid a tense political situation in Manipur, where the BJP government led by N Biren Singh is facing trouble, the CBI has summoned former state CM and Congress leader Okram Ibobi Singh in a case of alleged corruption.

Sources said a CBI team has already reached Manipur and will question Singh and some other accused in the case on Wednesday.

The development comes days after Congress staked claim to form the government in Manipur under Ibobi Singh following the resignation of three BJP MLAs and withdrawal of support by Conrad Sangma’s National People’s Party. The Congress had last week even submitted an application with Governor Najma Heptullah to bring a no confidence motion against the government.

On November 22 last year, the CBI had conducted searches at the residence of Ibobi Singh in connection with a case of misappropriation of government funds it had registered against him and three former chief secretaries of the state. The case pertains to alleged misappropriation of state government funds worth Rs 332 crore in the Manipur Development Society (MDS), where Singh was chairman during his 15-year tenure as chief minister.

Defending the timing of Singh’s interrogation, the officer said, “This is not the first time we are questioning people in the case. Earlier, too, teams have been sent to Manipur in connection with the case — searches had been conducted and people questioned. Our investigations had got stalled in between due to lockdown.”

The CBI had then said in a statement, “It was alleged that the accused (Ibobi) while working as chairman of Manipur Development Society from June 30, 2009, to July 6, 2017, in conspiracy with others, misappropriated government funds to the tune of Rs 332 crore out of the total amount of Rs 518 crore entrusted to them for executing development work.”

Singh was the chief minister of Manipur between 2002 and 2017. The CBI had also claimed that during searches it recovered “documents related to various properties including plots, houses, flats, shops etc.; luxury cars; details of various bank accounts and other incriminating documents”.