From Abeyma to Zarqaa: Why indigenous names are finding a new calling in Manipur Over the past six years, there has been a tendency to revive the “traditional” Manipuri name. Photo Courtesy: E-pao.

For Monica Ingudam, a 41-year-old Maryland-based Manipuri IT professional, home is far but certainly not forgotten. In 2012, she launched a podcast, findingthevoices.com, in a bid to bring together the voices of scattered Manipuris from around the world and — “ to change the stereotypical narrative, to let the world know that there are positive stories that come out of Manipur too,” she says. Ingudam’s case can be a choice example of a recent voluntary trend observed among young Manipuris trying to reconnect with their roots. “When we are outside of Manipur, we do our best to blend in. For example, we rarely wear our traditional attire. But things are beginning to change now. We want to hold on to our identity,” says Ingudam.

This need to “hold on to identity” is evident especially among the diaspora. However, closer home, a more concrete example, many believe, is how young Manipuri parents are increasingly choosing indigenous names for their children. In 2007, a popular website from the region, E-pao, launched an online database of “indigenous” Manipuri names. Last year, this “ever expanding” database was relaunched as EMing. “The list includes names from all ethnic communities of Manipur,” says  a spokesperson from E-pao, indicating that they cover names from Manipur’s valley (occupied by the Meities) as well as the hills (occupied by the tribes). The population from both topographies are known to have deep divisions. “Back when we launched it, finding an ethnic/indigenous name was difficult. One would reach out to friends or relatives to access such information. EMing is E-pao’s way of filling the gap,” he says. Navigating the plethora of names on Eming is not difficult: the names are arranged according to gender, alphabet and place of origin (hill/valley). A section also includes the names with highest votes (or the most popular names). Against each name, the viewer can find a “rating” as well as the meaning of the name. 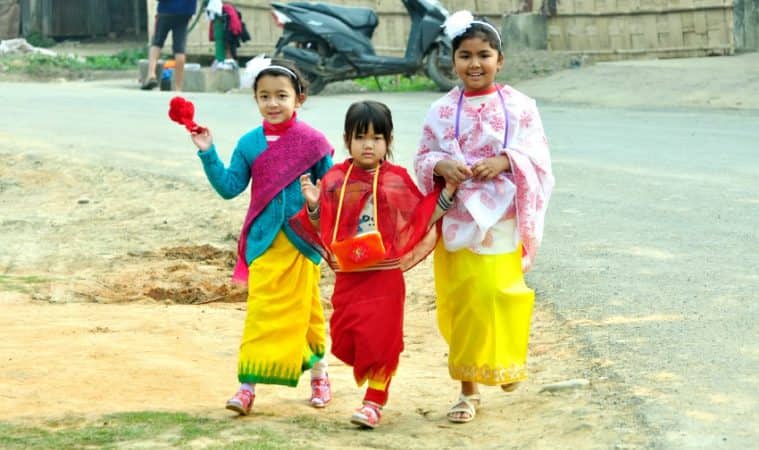 Waikhom Phajatombi Devi, an Imphal-based government employee and a mother of two, has named her son “Mangaal”, which in Meiteilon, means light. “Many of my friends and relatives are adopting indigenous names for their kids. My cousin in the US recently named his son ‘Marjing’ meaning ‘god of polo’. It’s a way to project our identity,” she says, adding that this trend really picked up about six years back.

However, a traditional name brings along with it a fair share of problems, especially when one travels outside Manipur. “I did my schooling in Delhi, and of course no one could pronounce my name there. Someone even changed it completely, and called me ‘Fiza’. Others would call me ‘Phajatom’, which is not even my entire name,” she says. Her son, too, has similar issues. While his name is meant to be pronounced “Mangaal”, many end up mispronouncing it as “Mangal”. “While that means ‘well-being’ in Hindi, it refers to a snack (channa/gram) in Manipuri,” she says.

There are still other ways in which these names are misconstrued outside Manipur. A traditional Meitei name, like Waikhom’s has three parts: the surname, the first (personal) name, and at the end, a gender identifier which could be Singh (for males)/Devi (for females) or Meitei (for males)/Chanu (for females). “These are suffixed to the actual name of the person to indicate gender. So when the mainstream media refers to certain people (especially sportspersons) as ‘Devi’ or ‘Chanu’, it is really as good as saying ‘Mr’ or ‘Miss’,” says Ingudam. She also feels traditional names have resurfaced after skipping one generation. “So my parents’ generation had ethnic  Manipuri names, most people from my generation have Hindu/Christian names — and now the next generation is seeing traditional names again,” she says.

Pradip Phanjoubam, editor, Imphal Free Press, feels that the young middle class begin to question their identity more when they travel outside of Manipur for higher studies. “This is where their sense of alienation begins — which leads them to project their identity even more strongly. They tend to think, ‘If I’m different, let me be different’,” he says. The resurgence of the traditional name could be a manifestation of that.

Other Manipuris feel that it could just be simpler to have a “traditional name” as opposed to a Sanskritized one. Ram Sinam, a designer based in Bengaluru, often feels a need to offer an explanation for his name. “If you have a Hindu name, you are expected to look a particular way. Because of this mismatch between your physical appearance and name, there is always a disconnect initially,” he says, “A name sort of establishes the identity of a person. It maybe a tongue twister, but sometimes it is easier to establish your identity if you come with a traditional name.” Some Manipuris feel that it could just be simpler to have a “traditional name” as opposed to a Sanskritized one. Photo Courtesy: Epao.

Pramosini Sinam, a lecturer based in Imphal, has four sisters — all of whom, including Pramosini, have given their children traditional names. “My son has been named ‘Henthoiba’ which means ‘the best one.’ The good bit is most of his friends in Manipur also have traditional names, so it does not stand out. And well, when he goes out of Manipur, at least his name will be unique,” she says, “I guess the choice is a personal one — a name is, after all, a person thing.”

Her name, however, has a different story altogether. “My father got promoted to the post of principal in his school the day I was born. Hence, I was named Pramosini, which is a play on the ‘promotion’,” she says, laughing. “Similarly, my friend is named April because she was born in April. There are many such examples.” In Manipur, while ethnic names slowly begin to overtake the western/Sanskritized ones, some names will always remain purely situational.