The People’s Liberation Front and the Manipur Naga People’s Front have claimed responsibility for the attack. 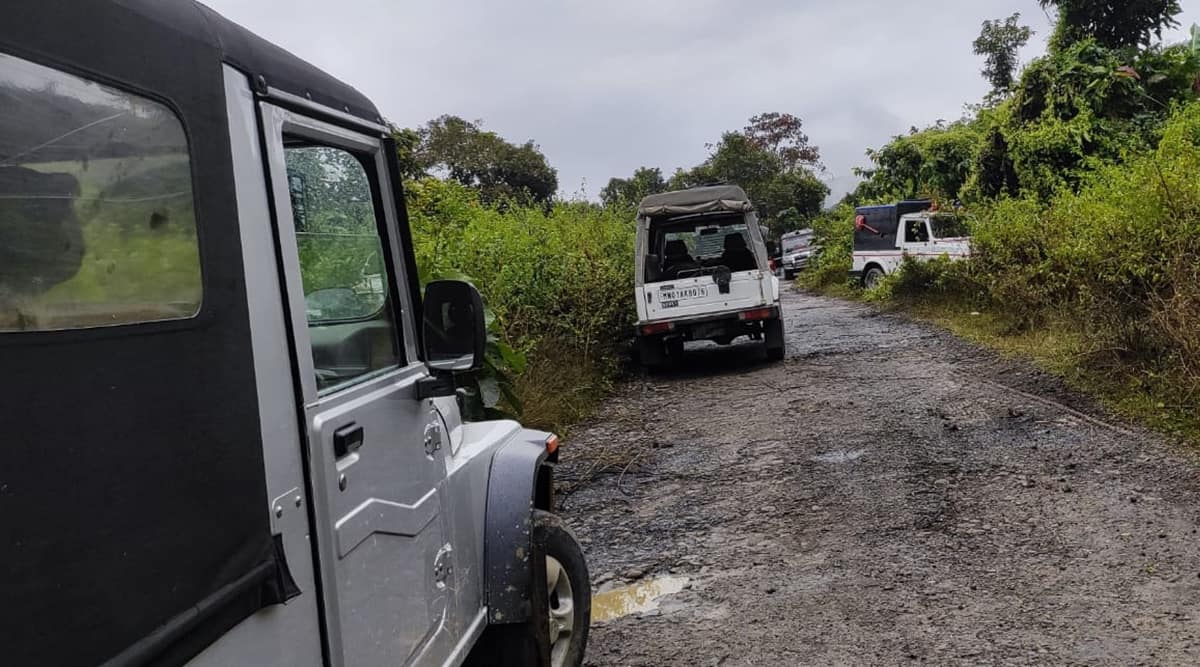 Sources said the incident occurred at around 10 am near S Sehken village under Behiang police station, which is located close to pillar number 43 on the India-Myanmar border.

Insurgents ambushed an Assam Rifles convoy in Churachandpur district of Manipur Saturday morning, killing a Commanding Officer, his wife and their five-year-old son and four personnel.

At least six other personnel were injured in the attack which returned the spotlight to the decades-old insurgency in the state.

Assam Rifles said five soldiers, including Colonel Viplav Tripathi, Commanding Officer of 46 Assam Rifles, “made the supreme sacrifice in the line of duty” when their convoy was ambushed near Thinghat (Singngat) around 11 am.

The injured were airlifted to the Leimakhong military hospital and at least one was admitted to a private hospital in Imphal with severe injuries.

The People’s Liberation Army and the Manipur Naga People’s Front jointly claimed responsibility for the ambush.

A joint press release issued by Roben Khuman, Deputy Secretary, Publicity, Revolutionary People’s Front (PLA’s political wing), and Thomas Numai, Secretary, Publicity, Manipur Naga People’s Front, claimed they were unaware that the Commanding Officer was being accompanied by his wife and son. The statement said security forces should not bring their families to an area declared disturbed by the government.

In New Delhi, security establishment sources said Col Tripathi and his family were moving with a Quick Response Team when an IED was set off. Immediately after this, the entire convoy came under attack. Sources said around 100 to 150 rounds were fired.

Escalation after years of calm

Insurgency in Manipur has reared its head again after a long time. The crackdown by security forces, the death of leaders of insurgent groups, and loss of cadre had seen them lying low. The PLA and MNPF’s targeted killing of a CO marks a major escalation in operations, more so because it has taken place on turf dominated by other groups.

Tripathi had served in Mizoram until July this year, after which he moved to Khuga in Churachandpur district. His battalion has been at the forefront of border management, checking illegal smuggling on the Indo-Myanmar border, and in the hinterland.

Behiang village is situated near the India-Myanmar border, about 122 km from Imphal. Due to its strategic importance, the state government has been considering proposals to develop it as the second trade corridor to South-East Asia after Moreh town.

President Ram Nath Kovind said: “The attack on the Assam Rifles convoy that led to martyrdom of our soldiers and family members in Manipur deserves unreserved condemnation. This cowardly act reaffirms our resolve to root out terror in all its forms and manifestations. We stand united with the bereaved families.”

Manipur’s Churachandpur district, where the Assam Rifles personnel were ambushed on SaturdayStrongly condemning the attack, Prime Minister Narendra Modi said: “I pay homage to those soldiers and family members who have been martyred today. Their sacrifice will never be forgotten. My thoughts are with the bereaved families in this hour of sadness.”

Strongly condemn the attack on the Assam Rifles convoy in Manipur. I pay homage to those soldiers and family members who have been martyred today. Their sacrifice will never be forgotten. My thoughts are with the bereaved families in this hour of sadness.

Defence Minister Rajnath Singh, in a Twitter post, said: “The cowardly attack on an Assam Rifles convoy in Churachandpur, Manipur is extremely painful & condemnable. The nation has lost 5 brave soldiers including CO 46 AR and two family members. My condolences to the bereaved families. The perpetrators will be brought to justice soon.”

The cowardly attack on an Assam Rifles convoy in Churachandpur, Manipur is extremely painful & condemnable. The nation has lost 5 brave soldiers including CO 46 AR and two family members.

My condolences to the bereaved families. The perpetrators will be brought to justice soon.

Union Home Minister Amit Shah said he was “anguished” over the “cowardly attack” on the convoy. “I express my deepest condolences to the bereaved families. The entire nation stands firmly with our valiant security forces. The sacrifices of our brave soldiers will not go in vain,” he said.

Speaking to The Sunday Express, Manipur Chief Minister N Biren Singh said: “We will have more information about the ambush once arrests are made. I was really shocked to hear of the manner in which the PLA has carried out such a violent attack, particularly condemnable that not only were jawans killed in the attack but the Commanding Officer’s wife and son as well. The people of Manipur state condemn this attack.”

“As Home Minister in charge of the state, I have instructed Manipur police to apprehend the perpetrators as soon as possible. Combing operations are going on. I will not spare the militants. I have visited the hospital where one of the injured is admitted. Doctors have assured full recovery. It is usually the Central government which provides compensation in such cases, but seeing that the jawans have come to serve their nation so far from home, in Manipur, I have decided to award a compensation of Rs 2 lakh each to the deceased and the Manipur government will take care of the medical expenditure of those injured,” he said.

Strongly condemn the cowardly attack on a convoy of 46 AR which has reportedly killed few personnel including the CO & his family at CCpur today. The State forces & Para military are already on their job to track down the militants. The perpetrators will be brought to justice.

Congress leader Rahul Gandhi, offering tribute and condolences, slammed the government for its “inability” to “protect the nation”.

The oldest and a powerful insurgent group from Manipur, the PLA operates out of Myanmar. Even the ambush was staged close to the Myanmar border.

It appeared to have taken the government as well as other insurgent groups, many of whom are in talks with the government, by surprise. Churachandpur district has been largely peaceful ever since an operation was carried out by the Army in 2003-2004, driving valley-based groups into Myanmar.

Attacks on security forces, including the ambush carried out by NSCN (K) and ULFA which led to the death of 18 soldiers in 2015, also took place near the Indo-Myanmar border in Chandel district.

The PLA had been quiet the past 5-6 years. In fact, the area in which the ambush took place is dominated by the Zomi Revolutionary Army. The ZRA and 19 other Kuki-Zomi groups are under the Suspension of Operations agreement and have been in talks with the government.