This is not the first time that Himanta Biswa Sarma's comments have created a furore among people. Earlier also he had said that BJP differentiates between Hindu and Muslim migrants from Bangladesh. 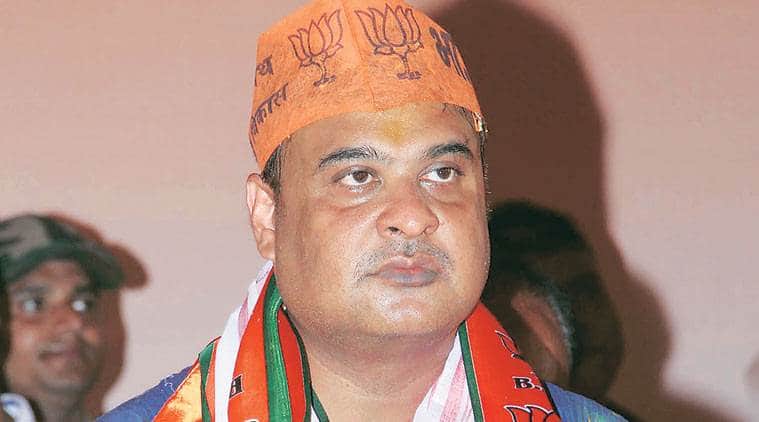 Assam health, finance and education minister Himanta Biswas Sarma on Wednesday had kicked up a row after he said that people suffer from cancer and accidents because of the sins committed in the past. Calling it “divine justice,” Sarma added, “It is mentioned even in Gita, Bible about the outcome of one’s actions. No point in being sad… everyone will face the outcome of this life’s actions in this life only. Nobody can escape the divine justice that will happen.”

While he received flak from the Congress and others for his insensitive remarks, Sarma on Thursday tendered an apology calling the controversy “mindless and triggered by few political desperado.” In a statement released in media, Sarma said, ” So many oncologists in TV studio are citing a reason for cancer? But why it is happening to certain individuals and not to other in spite of living under same environment. Science has not been able to give answer to many of our perennial queries and therefore at our last moment, we are asked to pray GOD. While I am not against science, I strongly believe there is strong merit in spirituality and teachings contained in Bhagvad Gita as well as those of our ancestors. The purity of the philosophy and its essence help us in bringing sanity and balance in life… However, if owing to the blatant distortions, it has caused any anxiety and problems to anyone, I hereby offer my unconditional apology for the pain.”

Read | Himanta Biswa Sarma apologises for Cancer remark, says he was quoted out of context

However, this is not the first time that Sarma has sparked a controversy.

Referring to the Citizenship (Amendment) Bill Sarma asked the people of Assam to choose their enemy — “the 1-1.5 lakh people or the 55 lakh people?” While he did not specify what the figures implied, reports suggested that he was referring to the Hindu and Muslim migrants in the state.

He also said that the BJP differentiates between Hindu and Muslim migrants from Bangladesh. “We clearly do. After all, the country was divided in the name of religion. Thus it is not a new thing,” he said. Tarun Gogoi, the former chief minister of Assam lashed out at Sarma asking if PM Modi and Amit Shah agreed to what he said. “I want to ask Modi whether his ‘sabka saath sabka vikaas’ excludes Muslims. I want to know from Modi what his stand is.”

‘No holiday for madrasas on Friday’

Sarma had upset few Muslim organisations when he objected to few madrasas being closed on Friday. The government had recently discovered that most madrasas were closed on Fridays instead of Sundays, Sarma said. “This is totally against the law of the land. The government will not hesitate to take action against the heads of such institutions if they do not immediately give up that practice. Madrasas are closed on Fridays in Pakistan and Bangladesh, not in India. In our country, Sunday is uniform weekly off for people of all faiths. Madrasas too have to remain closed only on Sundays,” the former Congress leader said.

Many Muslim outfits had slammed the minister for hurting their religious sentiments. “If the government wants to bring a law to shift the weekly-off to Sundays, then it should be done through normal process. But an education minister saying that he had only recently discovered that madrasas remain shut on Fridays is surprising,” said Amirul Islam, general secretary, All Asam Madrasa Teachers’ Association, noting that madrasas have remained closed on Fridays since the time of British, and the state Madrasa Board has a resolution to this effect, dating back to 1934.

Congress MLA Abdul Khalek condemned the minister’s remark, saying: “Sarma has hurt the religious sentiments of the Muslims of Assam by referring to Pakistan and Bangladesh…He should find out what Murli Manohar Joshi ( HRD minister in the Vajpayee government) had done for modernisation of madrasa education in the country.”