Chief Minister Sarbananda Sonowal also asked the “genuine citizens” who had been left out need not panic as they could still get their names included in the final list. 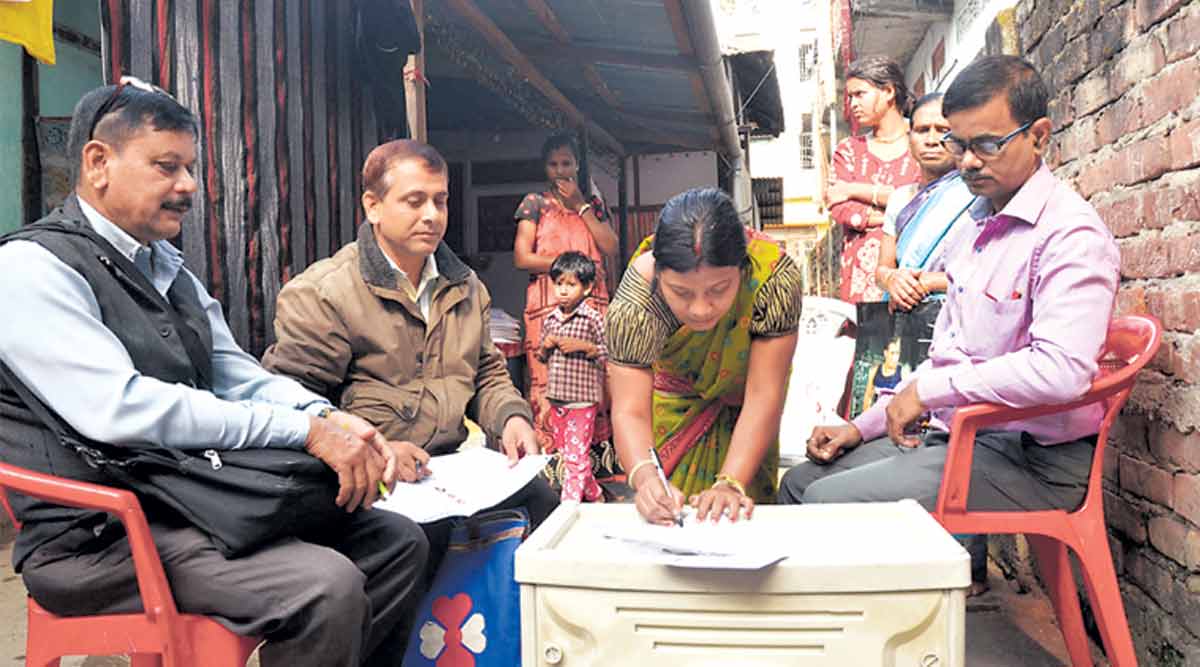 Chief Minister Sarbananda Sonowal also asked the “genuine citizens” who had been left out to not panic as they could still get their names included in the final list. “This is going to be a historic moment, not just for Assam, but for the entire country. While Assam was the only state which prepared an NRC way back in 1951 in the wake of post-Partition migrations, Assam will again be the only state to have a Register which will contain the names of all genuine Indian citizens residing in the state,” said Sonowal.

“It is a tedious process to verify the names. So there is a possibility that some names within a single family may not be there in the first draft,” said NRC State Coordinator Prateek Hajela, adding that few documents are still under verification. The possible time frame for the next draft will be decided as per the guidelines of the Supreme Court, but the entire process should be completed in 2018, the RGI added.

Read | Assam NRC: Here is how to check if your name is on the list

People can check their names in the first draft at the NRC Sewa Kendras across the state from 8 am on Monday. They can also check for information online and through SMS services. Helpline numbers are also made available for the people. The toll-free number for people from Assam is 15107, while that for people from outside the state is 18003453762, he said.

Elaborate security arrangements were made in the state ahead of the release. About 45,000 security personnel including Assam Police and 50 companies of central forces have been deployed, and the Army has been asked to be on standby, in view of the inputs about some groups trying to foment trouble after the data is released.

The exercise to update the NRC is being carried out in Assam following a decision in 2005, after a series of meetings between the central and state governments and the influential All Assam Students’ Union (AASU), to document the bona fide Indian citizens living the state. The Supreme Court, which is monitoring the entire process, had ordered that the first draft of the NRC be published by December 31 after completing the scrutiny of over two crore claims along with that of around 38 lakh people whose documents were suspect.

Under the procedures adopted, one has to link oneself to a family member whose name had appeared either in the NRC of 1951, or to any of the state’s electoral rolls prepared till 1971. The application process started in May, 2015 and a total of 6.5 crore documents were received from 68.27 lakh families across Assam.