The 22-year-old photojournalist allegedly gangraped in the Shakti Mills compound threw up and fainted in court Thursday after she was shown pornographic video clips and asked to testify if they were the same ones shown to her by the men who assaulted her in August.

The woman was deposing in-camera in a sessions court as four of the five who allegedly took turns to rape her in the abandoned mill in Central Mumbai mill sat in a corner of the room.

Special public prosecutor Ujjwal Nikam later told reporters that during her deposition,the woman wept,stopped intermittently as she recalled the crime and became nauseous and collapsed after the clips were shown.

She had to testify if those were the same clips shown to her by the accused. She looked at them and began to throw up. She fainted in the court. We had to adjourn the case immediately, Nikam said. The woman was taken to a nearby hospital and later headed home,he added.

In a bid to conceal her identity,the woman was brought to court in a burqa. She was kept with three other dummies of similar height and build,also wearing burqas.

Womens rights activists criticised authorities and said they should have considered recording the photojournalists testimony through video-link. The Supreme Court allows depositions through video links. The state could have made those arrangements in her case. There was absolutely no reason to have the girl come to court and depose, said lawyer and women rights activist Vrinda Grover.

Grover said the court had last week allowed a 27-year-old Spanish woman,who was raped and robbed in her Bandra apartment last November,to testify via video link. Why was similar comfort not accorded to her too, Grover asked,referring to the photojournalist.

Grover also objected to the presence of senior police officers in court during the deposition as Joint Commissioner of Police (Crime) Himanshu Roy had briefly sat through the proceedings Thursday.

This,she said,destroyed the very purpose of in-camera proceedings. What is the use of an in-camera proceeding if policemen remain in court as the victim deposes. It takes a lot of emotional courage for a victim to narrate the brutality before the court, she said.

Roy said he did not wish to comment since the proceedings were in-camera but police sources said the presence of a senior officer was needed as the case was important.

It is a judges call to allow or disallow someone from being in court. For the prosecution,it is very important to have the proceedings recorded appropriately. In a case where the prosecutor and investigating officers are all men,where does this question arise, a senior officer countered.

During her deposition,the woman gave a detailed account of the sexual assault.

She identified all four accused  Vijay Jadhav,Siraj Khan,Kasim Shaikh and Salim Ansari  who were present in court. The fifth accused,a juvenile,is being tried separately in the Juvenile Justice Board.

On August 22,the photojournalist was gangraped by the five inside Shakti mills in Mahalakshmi where she and a male colleague had gone for a photo-assignment. The court has so far recorded statements of five witnesses including the girls mother. 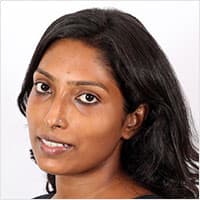