Bipan Chandra told to stay on as NBT chief after farewell

On July 13,2012,Bipan Chandra was given a farewell as chairman of the National Book Trust. Three days later,he was back in the post. The eminent historian was asked to continue for some more time as the search-cum-selection committee had not been able to find a successor.

The NBT isnt the only institute to be currently looking for a head. As the UPA governments indecisiveness extends to academic and cultural institutes,top positions in several premier ones have been lying vacant for months,with the authorities often calling into question the entire process of selection.

Prof Chandra was appointed NBT chairman for the first time in 2004 for a three-year term. In 2007,a search committee was set up to find a successor. After mulling on the matter for over a year,no name was found and the HRD ministry asked Chandra to continue until further orders. In 2009,the 84-year-old was re-appointed to the post  a term he completed in July 2012. A search committee set up as late as June 2012 is again yet to submit recommendations.

According to the HRD Ministry,the appointments process is on and the search committee will be meeting later this month.

The hectic lobbying by a candidate for the UGC top job,MPs writing letters in his support and the PMO overturning the candidates approved by the HRD Ministry have not just undermined the ministry but also cast a doubt over the rigour followed by the search panel and called into question the merit of the shortlisted candidates.

The National Council of Educational Research & Training (NCERT) had remained rudderless for two years before the government found a candidate suitable for the job. While Prof Krishna Kumar relinquished the post in 2009,the two years that have followed have seen the scrapping of a search-cum-selection committee by the HRD ministry amidst rumours of a member offering to resign in the face of external pressure.

A fresh selection committee finally led to the appointment of Prof Parvin Sinclair as NCERT director in December 2011.

Describing the situation as most unfortunate,eminent educationist Prof Yash Pal said: The delay in appointing an NCERT director worried me a great deal… There was no academic reason to do so… As far as the National Book Trust is concerned,it is rather surprising that a successor to Bipan Chandra could not be found for so long. The UGC,of course,should be closed down and replaced with a single higher education regulator as our committee had recommended. While the government accepted our report,it was not fully implemented… it is just hanging… Because of this confusion,many eminent people did not want to associate with the UGC for fear of it closing down, Prof Pal,who penned a radical report on the Rejuvenation of Higher Education in India said. 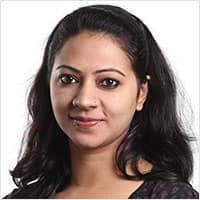