‘To say courts treat govt as adversary is wrong. We are only doing our job’

There is no need to flash news on the basis of what the judge observes in court. Too much should not be read into oral observations. To elicit a good answer from counsel,the judge may pose questions. That does not mean that judge is casting aspersions. Whatever said in court is not the ultimate decision of the court. What we mean,we say in our orders

The Chief Justice of India-designate,Justice P Sathasivam,on Monday asserted that the relationship between the judiciary,legislature and executive was not one of adversaries and that all three organs under the Constitution have to work in tandem. In an interview to The Indian Express,the soft-spoken judge,who assumes office on July 19,also talked about his stand on a range of issues concerning the judiciary. Excerpts:

Union Law Minister Kapil Sibal is working on a plan to allow audio-recording of court proceedings as it could lead to swifter dispensation of justice. Do you agree?

Many courts are already making use of technology to achieve this purpose. If the government is able to provide the necessary infrastructure,then I dont think there is a problem. But it may be difficult to implement. Sometimes arguments in a single case go on for days. Recording such lengthy arguments,will it help? How much can be recorded in such case,we will have to see.

I am not saying that the judiciary is free from corruption. But compared to others,the judiciary is far-far better. One or two instances are there. But there are remedies. In case of complaints against members of the judiciary,we have set procedures to deal with them. If there is a genuine complaint supported by address and signature of the complainant,action is definitely being taken by a high court Chief Justice. That is why we have a vigilance officer in each high court.

Are you in agreement with the Judicial (Standards and Accountability) Bill?

I have not gone through all the details of the Bill. But,from whatever has appeared in the media,I am of the view that the government cannot control the courts in their day-to-day proceedings. For example,how can courts be stopped from making oral observations during hearings. Everyday,we are conveying to the subordinate judiciary that the judge has to be interactive. Unless I express my views,how will the arguing counsel know whether or not the judge is accepting his arguments. But,at the same time,my view is that judges should not deviate from the matter at hand. They shouldnt make unnecessary comments. They should stick to the case and avoid unnecessary comments.

But what about the growing feeling that judges are ruling through obiter dicta?

The interaction between the judge and the counsel is not the decision of the judge. There is no need to flash news on the basis of what the judge observes in court. Too much should not be read into oral observations. Sometimes,in order to elicit a good answer from the counsel,the judge may pose several questions. That does not mean that the judge is casting aspersions. The effort is only to get the correct answer from the counsel. Whatever said in court is not the ultimate decision of the court. What we mean,we say in our orders and judgments.

What is your opinion on feeling within the legislature and the executive,voiced many times by the highest functionaries in the government,that the judiciary is intruding into the domain of the other two organs of the state… that it is trying to run the country?

Some judges are passing observations sometimes that may not be relevant to the subject. My personal view is that if this is not within the domain of their jurisdiction,they are not expected to pass such observations.

There is a growing perception that the judiciary is on a collision course with the legislature and the executive… that there is an adversarial relationship. What are your views on this?

When Parliament passes a law,somebody may approach a court and then we have to see if the law is constitutional. The court will have to see if Parliament has power to legislate on such a matter or is it a matter for the state legislature. If there is no legislation on a particular subject,the court can suggest certain guidelines. For example,the Vishakha judgment recommended a legislation to check sexual harassment of women at workplace. To say that courts treat the government as an adversary is wrong. We are only doing our job.

Do you think this perception is growing because of the cases of alleged scams that are coming before the courts?

Yes,certainly. It is only in the past five years that such apprehensions are being raised. In order to speed up investigations in these cases,the courts have to intervene since the government takes it own time. But while passing such orders,the court must be aware of its limits. There is a trial court that has to act,thereafter there is an appeal,then further remedy before the high court,and final remedy before the Supreme Court. All this has to be strictly followed.

Bail was earlier considered to be the norm rather than the exception. But now judges dont grant bail in high-profile cases. Isnt this injustice?

This may not be fully correct. It (grant of bail) depends upon the nature of crime. If the scam is a huge,the CBI or the other agency may not be in a position to complete probe within a stipulated time. Suppose in such cases the accused is released on bail,he may interfere with the investigation. Whether to grant bail or not depends on each case. Now we are also fixing outer limits within which the investigation has to be completed.

Are you in agreement with the governments decision to replace the collegium system with another system where the executive will also have a vote?

The collegium system is working well. It is the result of rulings of the SC in 1993 and 1998. Once the collegium makes its recommendation,the matter goes to the respective state government,which can question or object to any name. The only thing is such objection must not be due to politics. The government can always seek reconsideration of the recommendation sent by us.

One reason why questions are raised about the efficacy of the collegium system is because names of kith and kin of sitting and retired judges are routinely recommended. Shouldnt this anomaly be removed?

Judiciary is supposed to be very transparent. But it is opposed to providing all information under RTI Act?

I will not like to respond to this as the matter is sub-judice. 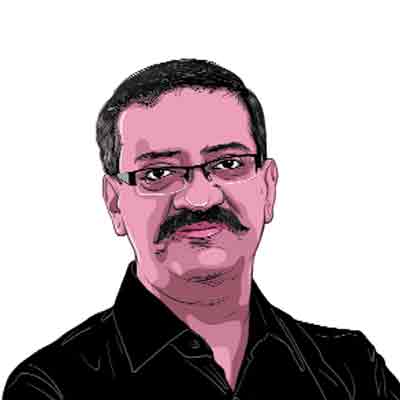