Thirty two voters from the remote Kesarpadi village,part of the adjoining district of Rayagada,are expected to participate in the second Gram Sabha on Monday

Thirty two voters from the remote Kesarpadi village,part of the adjoining district of Rayagada,are expected to participate in the second Gram Sabha on Monday for deciding on allowing bauxite mining on Niyamgiri hill range.

The Gram Sabha at Kesarpadi will be the second meeting to be held under the supervision of Rayagada district judge Sarat Chandra Mishra following the Supreme Courts directive to consult primitive tribes such as Dongaria Kondh,Kutia Kondh and other communities on granting bauxite mining lease to Anil Agarwals Vedanta Aluminium (VAL).

Official sources said that for conducting gram sabha atleast 16 voters need to attend the meeting and the district administration has stepped up security around the village because of threat from Naxals.

There are 19 families mostly belonging to Dongaria Kond tribe who live in Kesarpadi village,that has a population of around 100.

Following the apex courts directive on April 18 to consult the tribals  mostly the Dongaria Kond  living on the Niyamgiri range spread across more than 20 km in Rayagada and Kalahandi districts,the Orissa government had made arrangements for organising 12 Gram Sabhas.

The last Gram Sabha would be held at Jarpa village,Rayagada district on August 19. In the first gram sabha organised at Serkapadi village last week,villagers mostly belonging to Dongaria Kondh tribe in a resolution said that bauxite mining on Niyamgiri mountains range spread across Rayagada and Kalahandi districts would hurt their religious rights and feelings as they worship their deity Niyam Raja as their presiding deity.

The outcomes of the village council meetings will decide the fate of VALs bauxite mining project,that is vital for its refinery and smelters at Lanjigarh. 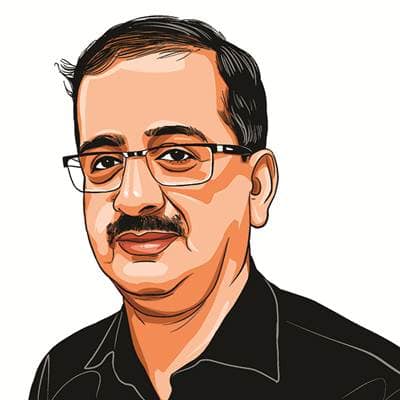