The Right to Education Bill,likely to be passed by Lok Sabha on Monday,is at the centre of a new row with disability activists alleging....

The Right to Education Bill,likely to be passed by Lok Sabha on Monday,is at the centre of a new row with disability activists alleging that it deliberately excludes disabled children from its ambit,in effect denying some 30 million children their right to education.

These activists,who are accusing Human Resource Development Minister Kapil Sibal of prompting a U-turn in the UPA governments policy on education for disabled children,want the passage of the Bill to be stalled until it is amended to include provisions for disabled children.

As proof that the previous UPA government was alive to concerns of disabled children,these activists point to previous HRD minister Arjun Singhs statement to the Lok Sabha of the governments commitment to primary education for the disabled. They also refer to the 11th five year plan which stresses on inclusive education for the disabled. Most crucially,they rely on the initial,2005 draft of the Right to Education Bill which had several specific provisions for disabled children. The current draft has done away with many of these provisions.

Sibal denies any change in government policy. This government is sensitive to the rights of the disabled, he told The Indian Express; the current Bill includes disabled children within its ambit. Sibal has promised that the Right to Education Act will be his signature reform in the first 100 days of this government. He worries that if the Bill is held up now it wont be passed for the next three years.

The Right to Education Bill makes free and compulsory education in a neighbourhood school a right for every child between the ages of six to fourteen years. The Bill mandates that no child be held back or required to pass an examination until she or he completes an elementary education. The Bill also mandates that all schools,whether public or private,reserve 25 per cent of their seats for children from disadvantaged (as well as economically

Disability activists allege that the main problem with the Bill is that it does not provide for disabled-friendly infrastructure in schools. The Schedule to the Bill sets up the norms and standards that all schools must compulsorily adhere to,such as playgrounds,separate toilets for boys and girls,and safe drinking water. But there is no express mention of special facilities for disabled children such as ramps and trained teachers.

Javed Abidi,who heads the National Centre for Promotion of Employment for Disabled People,says that this makes it impossible for the disabled to access such schools. The right to education will have no meaning for these children, he told The Indian Express.

Javed Abidi claims that when he,along with a group of activists,met Sibal last Friday to discuss flaws in the Bill,the minister claimed that the government did not have the money for these special facilities to be incorporated in schools across India. But Sibal denies ever referring to the monetary implications of the Bill. I said no such thing, he said.

In 2005,the Central Advisory Board of Education (CABE) estimated the possible financial repercussions of the Bill. Their estimate was that the additional burden would be between 54,000 crore and 73,000 crore per year for six years. But Mithu Alur,founder chairperson,Spastic Society of India (Mumbai),says that the costing fears over special facilities for the disabled are overblown. Under the Sarva Shiksha Abhiyaan and the 11th five year plan,money has already been allotted for disabled education, she says. She feels there is disconnect between what the government has allotted for the disabled,and the assumptions the current HRD minister is possibly harbouring. Both Alur and Javed Abidi were members of the CABE when its report on financial estimates was released.

The other criticism that disability activists have with the current Bill is that disabled children are not categorised as disadvantaged. Disadvantaged children such as Scheduled Castes,Tribes and Other Backward Classes (along with economically weaker sections) are entitled to 25 percent reservations in all schools. The 2008 draft included disabled children in the definition of disadvantaged children,but the current draft has deleted disability from the definition.

Syamala Gidugu,Executive director of Action for Ability Development and Inclusion,an NGO working on disability rights,says that this is deliberate,and demonstrates the intent of the government. But Sibal said that this is not accurate. The definition of disadvantaged is broad and wide ranging, he says. It is up to the state government to define disadvantage,and they could well include disabled children from the neighbourhood. It is up to them.

Sibal also points out that the governments intentions can be seen in Chapter II of the Bill which states that a child suffering from disability… shall have the right to… the provisions of… the said Act. However,Mithu Alur says that even this definition of disability is badly drafted as it only deals with the physically handicapped,excluding those with autism or cerebral palsy.

Several disability groups are planning a protest tomorrow at Jantar Mantar,New Delhi. Around the same time,the Bill will likely be put to vote in Parliament. Malini Alur,a senior events manager at Oxford book store Mumbai,spoke at a press conference organised against the Bill today. The wheelchair bound Malini is afflicted with cerebral palsy,but this has not stopped her from acquiring two masters degrees. Speaking through an electronic aid,she said: Without an education,I would never have been able to get my job. Id like to appeal to the government,let us be educated with our brothers and sisters. 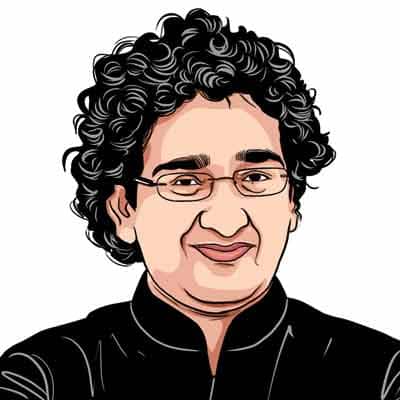