Prasar Bharatis much talked about initiative to make its national news channel DD News more autonomous and professional seems to have fizzled out before it could take off in a meaningful way. One of the editors of its newly-launched Prime Band comprising prime time news,debates and discussions aired between 8 pm and 10 pm Ajai Shukla,resigned last week.

While Shukla refused to comment on the reasons that led to his sudden and quick exit,insiders blamed interference from the old guard,operating at the behest of the information and broadcasting ministry. They said the new team of independent journalists hired to run Prime Band earlier this year was promised complete editorial autonomy and freedom from any interference,including from bureaucrats running the news channel and the I&B ministry,but this changed around a fortnight ago.

According to sources,on March 13 and 14,two circulars were issued on behalf of Prasar Bharati CEO Jawhar Sircar that laid down a stern operating procedure/ guidelines for the new team. The first circular just said the plan for discussion on the programme along with the list of guests and news list should be finalised and circulated to all concerned for maximising synergy within DD News and for ensuring smooth functioning.

In effect,we were now required to spell out our entire agenda for the evening and also get the names of the people being invited for debates and discussions approved by the DG and ADG of DD News. This isnt autonomy,especially when it was informally indicated who was welcome and who wasnt, said a Prime Band team member.

Sources said the old guard at DD News resented the hiring of outsiders,and there was tension brewing internally. Then,around the second week of March,the issue of the Italian marines not returning to India was discussed on Prime Band and one of the guests,BJP leader Tarun Vijay,lambasted the government. Vijays outburst,said sources,upset the seniors at Prasar Bharati as well as the I&B ministry. The circulars spelling out the dos and donts were then issued.

Tewari,however,denied any role or interference in the running of the show or the channel. Prasar Bharati is a board-driven autonomous organisation. The ministry doesnt interfere in any manner in the operational functioning of the board, he said.

The insiders,however,maintained that Prime Band was Tewaris brainchild and the hirings for the show were done in consultation with a senior official in the Prime Ministers Office. Those hired included former BBC hand Sanjeev Srivastava,Shukla,a well-known journalist and defence analyst,and at least seven more senior editors and correspondents from private news channels including Gautam Roy,Meena Sharma,Srishti Shankar,Suresh Jaiswal,Munmun Bhattacharya,Sachin Soni and Prakash Pandey.

The Prime Band show titled Newsnight was soft-launched on January 28,followed by an official launch on February 20. Srivastava led the initiative in the capacity of editor and Shukla was the anchor of the English show.

Refusing to comment on his exit,Shukla said: I decided to move on for reasons that have been made known to the right people.

When contacted,Prasar Bharati CEO Sircar said: Every organisation has a structure,a hierarchy to follow. DG DD is accountable to Parliament on whatever goes in the channel,the buck stops with him,so I dont think there was anything wrong in keeping him in the loop.

Refusing to comment on the trigger behind the two circulars,he said: All I can say is that you cannot have two hierarchies in one organisation.

Police excesses in Bihar,Punjab: SC raps states for no replies 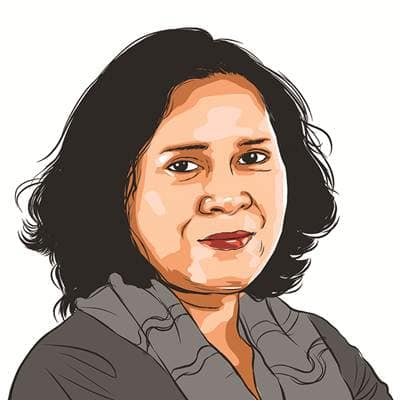