Prime Minister Manmohan Singh will chair the first meeting of the newly-constituted National Ganga River Basin Authority on Monday. On the discussion table will be a new concept....

Prime Minister Manmohan Singh will chair the first meeting of the newly-constituted National Ganga River Basin Authority on Monday. On the discussion table will be a new concept  polluter-pays principle  for the industrial clusters along the river as well as signing of the national memorandums of understanding with the Centre,state,and urban local bodies for sewage treatment. The authority will consider taking loan from the World Bank for cleaning the river,which despite crores of rupees worth expenditure and a dedicated Ganga Action Plan remains unfit for human bathing in several stretches.

The polluter-pays principle has been mooted by the draft proposal of the National Environment Protection Authority,and Mondays meeting will explore the option of industrial clusters (which release their effluents into Ganga) paying or compensating for cleaning the river.

The Ministry of Environment and Forests has proposed a Rs 1,360 crore project for overhauling sewage treatment. It proposes to completely fund the operation and maintenance of sewage treatment plants in cities and towns for the next five years,the proposal for which is pending with the Finance Commission. Under the same plan,the local urban bodies/ municipalities will enter into an MOU with the Centre and state governments.

With the failure of the traditional methods of cleaning the river,the ministry is pushing for non-traditional methods. In-principle approval has been granted to the Sankat Mochan Foundation in Varanasi for cleaning 7 km stretch of the river in Varanasi by diverting the water from drains into a pond spread over 72 hectares. The National Botanical Research Institute has also come up with a proposal that will plant reeds on the banks of the river for cleaning its water. This proposal has been approved too. The pond treatment will allow effluents to settle in and use a new technique  the advanced integrated waste pond system  currently used in the US. The method is not dependant on power.

We have to involve local communities. The Sankat Mochhan Foundation is a respected group and we hope their involvement in cleaning the river will inspire people. We have also written to states to involve National Cadet Corps in cleaning Ganga, said officials.

The meeting will attended by officials from Uttarakhand,Uttar Pradesh,Bihar,Jharkhand and West Bengal  the states through which the river flows. 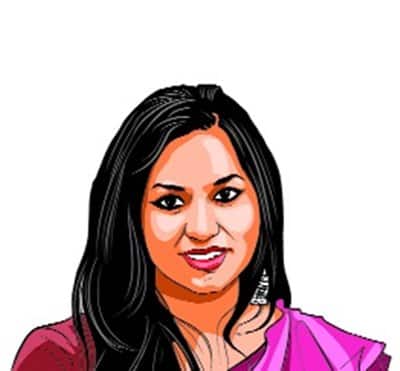 Neha SinhaThe writer is with the Bombay Natural History Society. Her views are p... read more