The controversy over the role of microfinance institutions refuses to die down.

The controversy over the role of microfinance institutions (MFIs) refuses to die down. While one side believes MFIs are ripping off customers and adding to indebtedness of households,which has resulted in higher suicide levels,the other side presents equally compelling arguments. It points to how MFIs are saving rural folk from moneylenders,how their interest rates are lower than moneylenders,how theyre more convenient for borrowers,and so on.

While the political class,especially in Andhra Pradesh where MFIs have their largest business,have come down against MFIs,even the Malegam Committee of RBI has seen some merit in the argumentsyet it has put many curbs on how MFIs are to function,on the interest rates they can charge,and so on.

While the importance of microfinance in consumption-smoothening should not be underestimated,it has a larger impact when the loans are given for productive assets.

Evidence from Bangladesh and Indonesia indicates that high-quality,dependable,receptive and long-term oriented MFIs for the poor can go a long way in improving access to finance (Morduch and Rutherford,2003). Recent studies have also pointed to the crucial role that can be played by MFIs by providing composite services; given the wide array of financial transactions that typify the financial life of the poor.

In December 2010,NCAER Centre for Macro Consumer Research (NCAER-CMCR) undertook a cluster-based household survey to assess the effectiveness of small borrowing. The survey was undertaken in five clusters,namely Hyderabad,Chennai,Kolkata,Jaipur and Lucknow. From each of these locations,a sample of 2,000 households (70% rural and 30% urban) were surveyed.

Development of financial systems,by creating favourable conditions,is a necessary but not sufficient condition for economic growth (Rajan and Zingales,1998 and 2003,and Aghion and Hewitt,1998 and 2005). Financial exclusion,on the other hand,by leaving vast sections of society out of the scope of formal institutions,imposes costs on society. The survey revealed that the vast majority of Indias rural poor still did not have access to formal finance. Rural banks catered primarily to the richer rural borrowers,while the rural poor faced severe difficulties in accessing savings and credit from the formal sector. Roughly 87% of the poorest households surveyed (marginal farmers) did not have access to credit,while 71% did not have access to savings from a formal source. This lack of access to formal sources,especially when trying to meet unforeseen expenditure,led to a heavy reliance on informal finance,which comprised mostly moneylenders and shopkeepers. Forty-four per cent of the households surveyed reported having borrowed informally at least once in the preceding 12 months with the interest charged on such informal loans averaging 48% per year.

On the supply side,serving the rural poor is a high-risk,high-cost proposition for banks. Not only is there uncertainty about the repayment capabilities of poor rural borrowers due to their irregular and volatile income streams,but the absence of credit information drives up default risk. Such problems are further aggravated by the borrowers lack of collateral.

Additionally,transaction costs of rural lending in India are high,predominantly due to the large geographical spread,small loan sizes,high frequency of transactions and widespread illiteracy.

On the demand side,rural banks do not provide flexible products and services to meet the income and expenditure patterns of small rural borrowers. Transaction costs of dealing with formal banks are high and the entire process,right from applying for a loan to receiving it,is very time-consuming. Procedures for opening an account or seeking a loan are cumbersome and costly,with borrowers having to pay hefty bribes to access loans. This makes the ultimate cost to borrowers very high. Plus,banks demand collateral,which poor rural borrowers lack.

Improving access to finance for Indias rural poor,to meet their diverse financial needs (savings,credit,insurance,etc) through flexible products at competitive rates presents a formidable challenge in a country as vast and varied as India. After six decades of banking in independent India,the question that needs to be asked is not whether MFIs are doing a good enough job,but whether theres a better alternative to them. 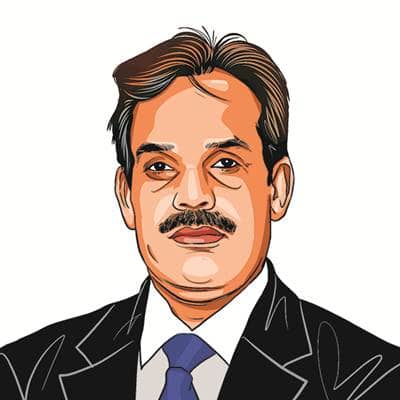