A disturbing misrepresentation of the 1971 war.

This year marks the fortieth anniversary of the creation of Bangladesh. Four decades on,the history of the 1971 conflict and war remains controversial in Bangladesh. These disputes are neither merely academic nor purely historical. Rather,they have a real contemporary political resonance. The hubbub over the initiation of war crimes trials against collaborators with the Pakistan army testifies to this link between the past and the present. Sarmila Boses book is relevant to many of these debates.

Boses basic contention is unexceptionable. The 1971 conflict was not only about the Pakistani armys repression of the Bengalis. There was a wider mosaic of civil conflict,wherein some Bengalis killed other Bengalis,Bengalis and Biharis killed each other,and Bengali Muslims killed Bengali Hindus. But Boses treatment is deeply problematic. For all her claims to non-partisan analysis,the book is marred by a strong bias against the dominant current of Bangladeshi nationalism in 1971. The hallmark of this movement,she writes,was violent xenophobic expression of a narrow ethno-linguistic Bengali nationalism. Except when it targeted the Hindus,she claims,the Pakistan army committed only political killings. By contrast,the killing of non-Bengalis  Biharis and West Pakistanis  by Bengalis was clearly genocide.

It is impossible to review the entire catalogue of evasions,obfuscations,omissions and methodological errors that suffuses the book. I will discuss only a couple of major technical historical flaws. The book examines a number of case studies of violence. The contextual framing of most of these is either skewed or missing,resulting in systematic misrepresentation of events. Consider Boses treatment of the killing of Bengalis by the Pakistan army in March 1971. Yahya Khan was keen only on returning the country to democracy. But the movement led by Mujibur Rahman was violent and armed. The major clashes with the army were actually provoked by the Bengalis.

This is seriously misleading. There is ample evidence to show that the army junta sought to preserve a major role for itself in any future dispensation. By February 20,1971,the military had begun planning for a crackdown,if Mujib remained unrelenting on his six-point programme. By the end of the month,East Pakistan was beginning to be reinforced by two divisions of the Pakistan army. This was the trigger for popular calls among the Bengalis for resistance. The ostentatious parading with dummy rifles and sticks for a few days hardly counts as training for war.

But this is precisely what Bose would have us believe. Commenting on the testimony of a Dhaka University student who partook in these so-called preparations and was later caught up in the armys brutal assault on the university halls,Bose writes: Having trained to wage war,he was apparently surprised and offended that the enemy had actually attacked! This propensity to blame the victim pervades the book.

Take another example,her account of the massacre of Bihari jute mill workers in Khulna. Her claim that several thousand Biharis were killed by Bengalis in a single incident is dubious. More importantly,her attempt to pass off these (and other) reprehensible killings of Biharis as driven solely by ethnic hatred  the basis of her claim about genocide by Bengali nationalists  is utterly tendentious. There was a long history of tensions between Bihari and Bengali mill workers dating to the late 1940s. The Biharis support for West Pakistani owners during stand-offs with workers,their participation in anti-Bengali riots in Khulna among other jute mill towns,their consistent support for West Pakistani parties  all created the ground for a deep political divide between the two communities of workers. Once the Pakistan armys crackdown began,efforts to maintain communal amity broke down and Biharis were the first victims of the Bengali workers insecurity and ire. The cycle of violence and revenge continued thereafter. Bose strains to convey the impression that such violence was central to Bangladeshi nationalism.

She conveniently elides the fact that Mujib (and others) repeatedly averred that the Biharis and non-Muslims are our sacred trust.

Equally problematic is Boses consistent effort to present the Bengalis in negative light even when her own evidence suggests otherwise. For instance,she quotes a recorded army intercept during the operation against the university,which shows that the army deliberately killed anyone it encountered. The intercept also shows that the armys immediate estimate of dead was around 300. The universitys own assessment of students killed is 149. But Bose goes on to condescendingly observe that Bangladesh has never carried out a scientific exhumation of the graves because,It is possible that a dig would reveal fewer bodies than the numbers claimed by the Bangladeshis.

By contrast,despite irrefutable evidence of the Pakistan armys murderous approach to dealing with the Bengalis,Bose tries to exonerate it of any institutional culpability. The massacre of a large group of Hindu refugees at Chuknagar is presented as the handiwork of a mysterious group of soldiers,a band of twenty-five to thirty men brought lasting disgrace to an entire army. The torture and killing of young rebels by the army is condoned by the assertion that whatever their methods,they were only picking up active militants. Bose rhetorically asks whether the army can be castigated for thinking it was all right to kill enemy combatants who had taken up arms to dismember their country? Clearly,legal and moral restraints on the conduct of war dont matter at all to her. Nor is she interested in the widespread ethnic stereotyping and dehumanisation of Bengali Muslims,which help explain the brutality with which the army cracked down on them.

Bose makes an important point about the unreliability of most figures of the dead. Yet,her own approach to numbers scarcely inspires confidence. Take her assessment of the armys attack on Shankharipara in Dhaka. Relying on interviews with two survivors,she claims that the earlier of figure of 8,000 killed is absurdly high and that the soldiers had entered only one house and shot a few residents. The number of dead,she concludes,is only 16. But Bose does not even mention two contemporary testimonies by American citizens who visited the area immediately after the attacks. Both reported shelling and the use of heavy armament by the army,and a much larger scale of destruction. Surely,the author is underplaying the enormity of the incident.

Bose asserts that all Bangladeshi scholarship on 1971 suffers from multiple layers of partisanship and poor quality and blatant selectivity in documentation. Much the same can be said of her own book. Far from advancing the cause of truth,it ends up muddying the waters of scholarship.

(Srinath Raghavan,senior fellow at Centre for Policy Research,Delhi,is writing an international history of the Bangladesh war) 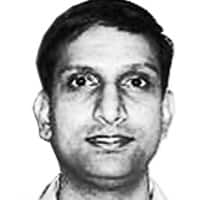