NEW DELHI, JUNE 4: It is a rare combination of two officers that has been made at General Headquarters, Rawalpindi, but it is a combine w...

NEW DELHI, JUNE 4: It is a rare combination of two officers that has been made at General Headquarters, Rawalpindi, but it is a combine which has prompted Pakistan to undertake an adventure in Kargil which could well boomerang badly on Islamabad.

The `complexes’ of Gen Parvez Musharraf, Chief of Army Staff, and the `craftiness’ of his Chief of General Staff (CGS), Lt Gen Mohammed Aziz, has created a situation from which Pakistan will have great difficulty in withdrawing without serious repercussions.

The planning for this unprecedented intrusion in Kargil by Pakistani Army soldiers and irregulars is the brainchild of these two senior officers at GHQ Rawalpindi, said senior government officials here. Its genesis lies in the complex psychological and professional baggage that both appear to carry.

“Being a Mohajir, Gen Musharraf had to prove himself to be more Punjabi than even the overwhelming majority of the Pakistan Army,” said an informed South Block official. “And then, having been installed by Nawaz Sharif in such unusual circumstances, he has to prove to the Army that he is an independent thinker.” He was alluding to the removal of Gen Jahangir Karamat by Nawaz Sharif last year. A Punjabi, Gen Karamat was widely regarded as a high-calibre professional soldier, “with depth and vision”, the official said.

Gen Musharraf is keen to prove a number of points, “that he is nobody’s man, a power to reckon with, that he can produce results,” said the South Block official. A constant charge from within “their system” against Gen Musharraf is that, having been appointed by Nawaz Sharif,” he is the PM’s man. And this in an Army like Pakistan’s is a liability, particularly when he happens to be a Mohajir, migrant from UP,” said the official.

There is also added pressure from within the Army to make the Chief a “power to reckon” with, since he is a political appointee having superseded two other officers, “both of whom had a strong military pedigree”. Added to that is his own professional experience. Commissioned in the Regiment of the Artillery, Gen Musharraf has had two tenures in the Special Service Group (SSG), the Pakistan Army’s elite special forces. “By our reckoning, he has served about seven years in the SSG,” said another senior government official. The SSG is at the forefront of the Pakistan Army’s high-altitude and low-intensity operations, trained as they are for unconventional actions.

The CGS, however, is a completely different career profile. An infantry man, commissioned in the Punjab Regiment, Lt Gen Mohammed Aziz is the first in Pakistan’s history to be appointed to this key position at GHQ Rawalpindi despite not having commanded a corps.

Lt-Gen Aziz has been involved in unconventional operations for a considerable period. Prior to his appointment as CGS, Lt Gen Aziz was the number two in Inter-Services Intelligence. He was handling Afghanistan operations, and obviously hoped to repeat the Taliban experience here, said the official. 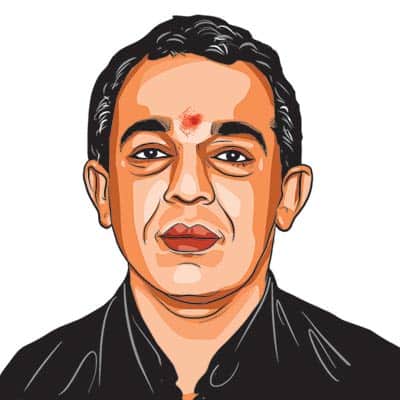