Meanwhile, Ukraine's envoy has moved the United Nations General Assembly to take up a resolution critical of Moscow's actions, a day after it was vetoed by Russia at the UN Security Council. The UNSC will vote in the wee hours of Monday to call for the emergency special session of the 193-member UNGA on Russia’s invasion of Ukraine. The n-word, something that many nations have been fearing, has found its way into East-West tensions over Russia’s invasion of Ukraine. President Vladimir Putin ordered Russian nuclear forces put on high alert after the US and its allies agreed to block “selected” Russian banks from the SWIFT global financial messaging system. Amid the dramatic escalation of tensions, the office of Ukraine’s president said a delegation would meet with Russian officials for talks as Moscow’s troops drew closer to Kyiv.

Meanwhile, Ukraine’s envoy has moved the United Nations General Assembly to take up a resolution critical of Moscow’s actions, a day after it was vetoed by Russia at the UN Security Council. The UNSC will vote in the wee hours of Monday to call for the emergency special session of the 193-member UNGA on Russia’s invasion of Ukraine.

As for the hundreds of Indian students stuck in freezing temperatures at the Ukraine-Poland border, the evacuation process is turning into a nightmare. The Indian government, in the meantime, has identified an alternative train route from Uzhhorod, a city in western Ukraine, to the Hungarian capital of Budapest.

Only in The Express

In this edition of the Idea Exchange, India’s fast bowler Mohammad Shami talks about the vitriolic trolling he was subjected to after the T20 World Cup game against Pakistan and his life-changing journey from a backward village to worldwide fame.

From the front page

What are dark stores that have mushroomed across the country in the last six months? How do they function amid the deluge of small-ticket grocery orders? We take a deep dive into the world of q-commerce, the 10-minute shopping experience that has taken the online grocery service segment by storm.

In an election with few certainties and where caste and religion often dominate discourse, the labharthi varg – or beneficiaries of government welfare schemes – has become, to the BJP, an emblem of the “double engine” it hopes will blunt anti-incumbency. The Indian Express tracked down several beneficiaries, checked their official records, to find that most have witnessed several firsts in their lifetimes: a-brick-and-mortar house; a toilet; LPG cylinders; a bank account.

In poll-bound Manipur, which votes in the first round of a two-part election on Monday, the BJP is banking on change in its approach towards insurgency. “Peace, stability and normalcy” — as opposed to “instability, insurgency and inequality” under the Congress — have been the buzzwords of many a BJP leader, from Prime Minister Narendra Modi to Home Minister Amit Shah, during campaign.

On February 17, the much-awaited water taxi service to connect Navi Mumbai and Mumbai was inaugurated by Maharashtra Chief Minister Uddhav Thackeray and Union Shipping Minister Sarbananda Sonowal. But in the 10 days since then, operators say, the speed boat service has run just three trips between the two locations while the catamaran ferry, for mass transport, has had no trips at all due to lack of commuter interest.

The geopolitics of a post-Covid world is likely to be very different and new. Companies and countries across the world are looking to diversify their supply chains to avoid disruptions. This diversification, especially in the electronics manufacturing segment, provides India with a unique opportunity that must be capitalised on, Minister of State for Electronics and Information Technology Rajeev Chandrasekhar said in an interview with The Indian Express.

Vishnu Solanki stopped a four through a great fielding effort at Vikas Cricket Ground in Cuttack. Much to the cluelessness of his team-mates, the player was asked to come to the dressing-room by the Baroda team manager as shattering news awaited him; his father had passed away. Solanki has been going through one of the toughest phases of his life. Ten days ago, he lost his newborn, when the baby girl died only a day after she was born.

Delhi Confidential: All roads lead to Varanasi this week for BJP leaders, with Prime Minister Narendra Modi going to be there for three days to campaign ahead of the last phase of Assembly elections in Uttar Pradesh. With BJP campaigners leaving nothing to chance to ensure the party makes an impressive performance in Prime Minister’s Lok Sabha constituency, many leaders have already arrived in Varanasi and could be spotted walking along the ghats. 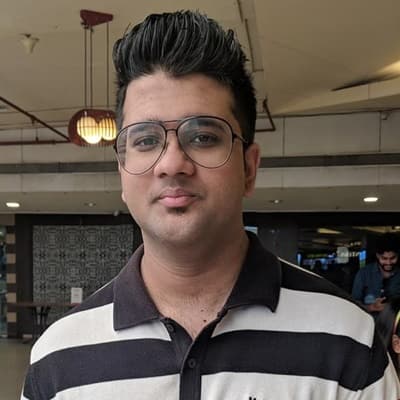