Coronavirus outbreak Highlights, Coronavirus in India Latest Updates: A total of 47 cases have been confirmed in India so far.

IHindu women devotees wearing masks as a precaution against a new coronavirus head to their homes after making their offerings during the annual Pongala festival at the Attukal temple in Thiruvananthapuram, Kerala state on March 9. (AP Photo)

Coronavirus Highlights: Kerala on Tuesday confirmed that eight more people have tested positive for COVID-19, while Karnataka and Pune reported three cases each. The Union Health Ministry is yet to confirm these new cases. There has been no deaths in the country due to the novel coronavirus so far.

Until Monday evening, the total number of confirmed cases across India stood at 47, including three in Kerala who were discharged last month. On Monday, eight cases, including a three-year-old boy in Kerala, were reported. The other cases were reported from Jammu, Delhi, Uttar Pradesh, Pune, Karnataka, and Punjab.

In another development, a total of 58 Indians were brought back home from coronavirus-hit Iran in a military transport aircraft of the Indian Air Force (IAF) on Tuesday. The aircraft, a C-17 Globemaster, was sent to Tehran from Hindon airbase near Ghaziabad on Monday evening. It also brought swab samples of 529 Indians to carry out laboratory tests and check whether they carry coronavirus infection.

About 2,000 Indians are living in Iran, a country that has witnessed increasing numbers of coronavirus cases in the last few days.

Meanwhile, the global death toll from the novel coronavirus topped 4,000 and over 1 lakh infections have been reported, the World Health Organization (WHO) said, warning that the threat of a pandemic was “very real.” China’s Xi Jinping also made his first visit to Wuhan, the epicenter of the virus, after the spread of the infection in mainland China has sharply slowed in the past week. Elsewhere, Italy woke up to deserted streets in an unprecedented lockdown today after the government extended quarantine measures across the entire country in a bid to slow Europe’s worst outbreak of the coronavirus.

47 cases of COVID-19 have been reported in India. Italy has been put under lockdown. Follow LIVE updates on coronavirus outbreak in China, Japan, South Korea and other places

Following the scare, at least two schools in Pune have announced a shutdown till Saturday saying they would review their decision to open later. Click here to read more. 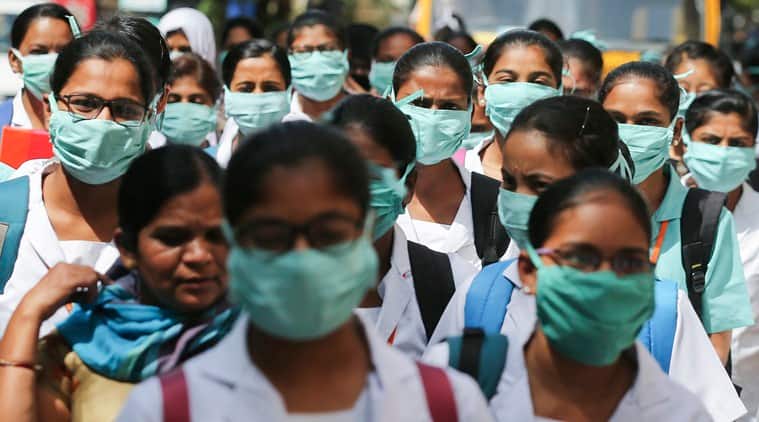 Total cases rise to 14 in Kerala

Two more people tested positive for coronavirus in Kerala on Tuesday, taking the total infected cases in the state to 14, Health Minister KK Shailaja said on Tuesday. They are the parents of a 3-year old child who tested positive in Kochi on Monday on the return of the family from Italy.

Their condition said to be stable.

Total number of coronavirus positive cases in Kerala rises to 14, confirms @shailajateacher . The parents of the 3 year old child with travel history from Italy have been infected. The child had earlier been detected with the virus @IndianExpress

Three more people in Pune have tested positive for the novel Coronavirus disease (COVID-19), all three contacts of the infected couple who, on Monday, had been declared the first positive case in the city.

The Kerala Catholic Bishops Council (KCBC) has issued a circular with strict instructions for clergy and laymen to follow the protocol for coronavirus and take precautions. The circular discourages people from kissing the cross on good Friday and during church festivals. Before distribution of holy communion, the priest should purify hands in a bowl of water/sanitiser. People showing symptoms of fever, cold, cough must not come to church. Public classes and seminars must be postponed. Public programmes and health camps must be postponed. 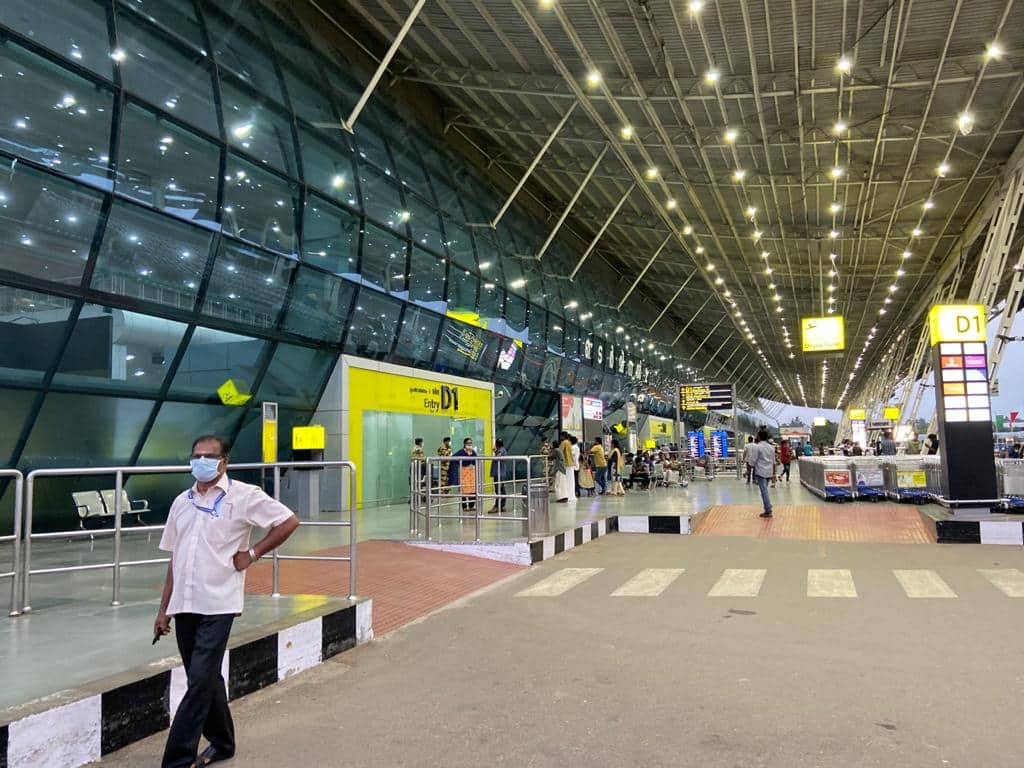 Two more people from Pune tested positive for the coronavirus on Tuesday, district collector Naval Kishore Ram said. It takes the number of confirmed coronavirus cases in Pune district as well as in Maharashtra to four. PTI reported.

The Kerala Police registered eight cases so far in connection with spread of fake news on coronavirus. The cases have been registered in Ernakulam central PS (2), Kunnamkulam (1), Pariyaram (1), Harippad (1), Kaliyar (1), Kakkur (1) and Vellamunda (1) police stations. Four people have been arrested so far. The accused are Praveesh Lal and Muhammad Anas in Kunnamkulam, Sukumaran in Harippad and Harris Eenthan in Vellamunda.

The Manipur government's home department has sealed Indo-Myanmar gate number one and two at Moreh border town in Tengnoupal district in the wake of the increased number of coronavirus cases in the country. The border gate will remain sealed until further orders.Manipur shares 398 km of its border with Myanmar, an immediate neighbour of China.

Manipur imports a huge quantity of goods from Myanmar including Chinese made products through the Moreh border, which are even marketed in mainland India. Holi in the time of Coronavirus 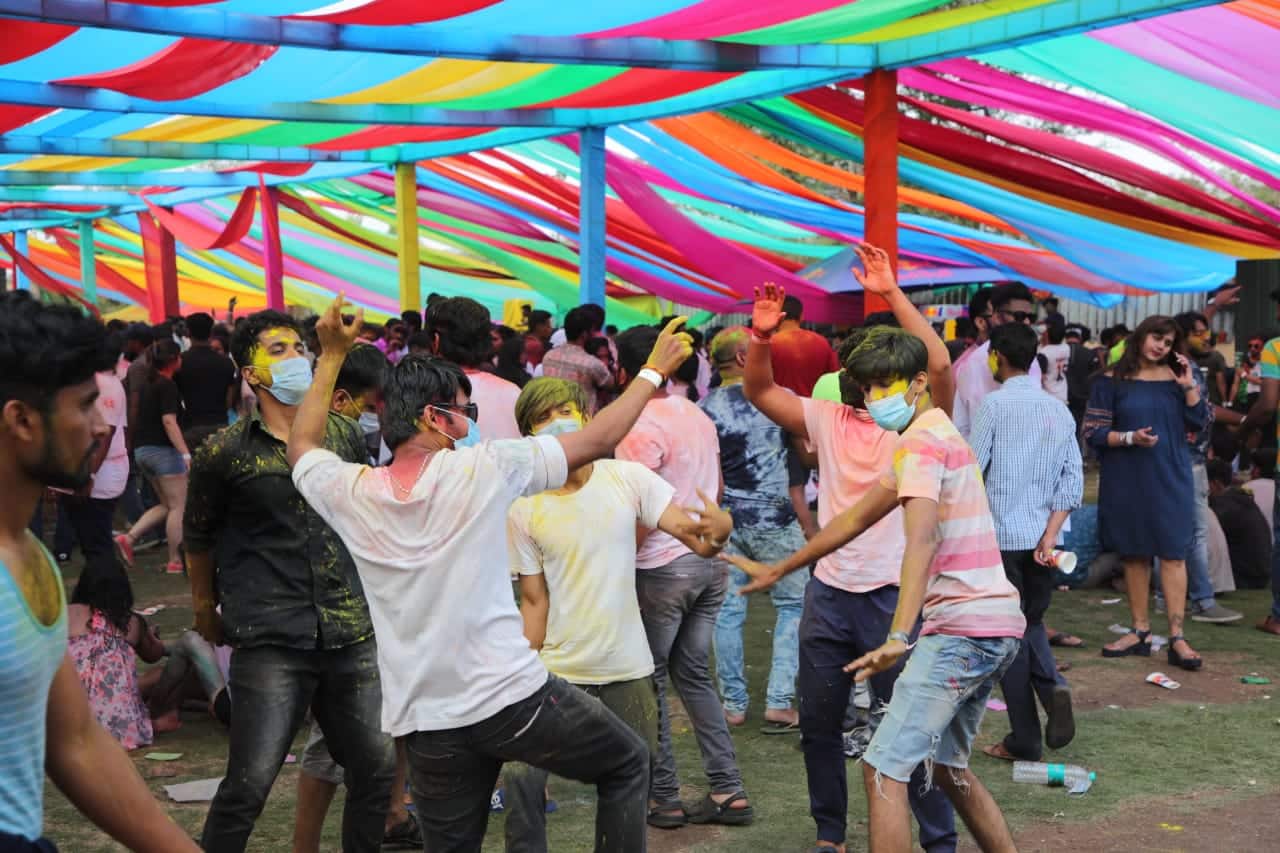 Kerala Chief Minister Pinarayi Vijayan on Tuesday issued a set of guidelines to prevent the spread of coronavirus in the state. “A large number of people go to cinema halls, right? Then, it is correct to keep them close until March 31,” said Vijayan, while addressing the media in Kerala, where the total number of coronavirus positive cases have touched 12. Read more here

While the total number of #COVID19 positive cases in #Karnataka is at 4 now, 2 other contacts of the first person is also symptomatic. The unrelated fourth case tested positive on Tuesday (March 10) is of a 50-yr-old man who visited US and London recently. @IndianExpress pic.twitter.com/s1J5fTdjOm

Use Namaste instead of handshakes: Karnataka CM's message for people

#COVID19 update: #Karnataka CM Yediyurappa urges people to use 'Namaste' instead of handshakes. Adds #coronavirus-overseeing committees are being set up across all districts. "Govt. is equipped to contain the situation." @IndianExpress pic.twitter.com/5dW84PvD1V

A total of 58 Indians were brought back home from coronavirus-hit Iran in a military transport aircraft of the Indian Air Force (IAF) on Tuesday. The aircraft, a C-17 Globemaster, was sent to Tehran from Hindon airbase near Ghaziabad on Monday evening.

A video of Union Minister Ramdas Athawale, Chinese Consul General in Mumbai Tang Guocai and Buddhist monks chanting 'Go corona, go corona' at a prayer meet has gone viral on social media. The video was reportedly shot at Gateway of India on February 20 during a prayer session to stop the spread of the coronavirus in China.

Just tell it to leave.... Why didn't anyone think of that before? #CoronagoCorona presented by our Minister for Social Justice and Chinese Consul-General in Mumbai. pic.twitter.com/1VZemyPYOu

Kerala under high alert, educational institutions of classes up to 7 to remain closed

🟦 All public programs suspended till this 31st

🟦 Educational institutions of classes up to VII will remain closed

🟦 No change in exams for classes VIII to X

🟦 Awareness programmes across the State https://t.co/p6juZtk5LS

Latest updates on coronavirus from Kerala

Meanwhile, Kerala Chief Minister Pinarayi Vijayan has called for all public events including religious festivals at temples and churches to be conducted as simple rituals without the participation of massive crowds. ICSE, CBSE and state board schools, with classes 1 to 7 have been ordered to be shut throughout March. Holiday classes stand cancelled.

As per the latest updates, six more people have tested postive for COVID-19 in Kerala, while Karnataka has reported three more cases today.

Just in: Kerala reports six new coronavirus positive cases today, taking the overall number of positive patients to 12 in the state. This excludes the three patients who have recovered and discharged. @IndianExpress

Meanwhile, the Indian Council of Medical Research (ICMR), in a statement released earlier today, confirmed #COVID19 in "3 positives from #Bengaluru, Karnataka," as of 10 am on March 10. @IndianExpress pic.twitter.com/HesFn3kAP9

The battle to halt the coronavirus brought sweeping new restrictions Monday, with Italy expanding a travel ban to the entire country, Israel ordering all visitors quarantined just weeks before Passover and Easter, and Spain closing all schools in and around its capital.

While the spread of the virus within China has sharply slowed in the past week, authorities are aware of the risks from foreigners and Chinese nationals travelling to China from viral hot spots abroad such as Iran and Italy.

For most people, the new type of coronavirus first detected in China in December causes only mild or moderate symptoms, such as fever and cough. It can progress to serious illness including pneumonia, especially in older adults and people with existing health problems.

In the United States, where more than 600 infections and 26 deaths have been reported, the Grand Princess cruise ship docked in Oakland, California, after days idling at sea while dozens of those aboard were tested.

Union Health Minister Harsh Vardhan Monday said the government is prepared to deal with novel coronavirus and his ministry is sending directives, including guidelines, to states in all the languages on ways to contain it. Earlier today, the health minister chaired a review and coordination meeting with L-G Anil Baijal, Delhi CM Arvind Kejriwal, mayors of the Municipal Corporations of Delhi and senior officials of various departments.

Coronavirus scare: 3-year-old in Kerala among five new cases, count is 44, three others under watch

Explained: Why all of Europe is at risk from Italy’s flu

What treatment is given to the patients of COVID-19?