The Last Ride: a tribute to good old Ambassador

Kolkata, which loved and owned the Ambassador like no other car, bemoans its loss. 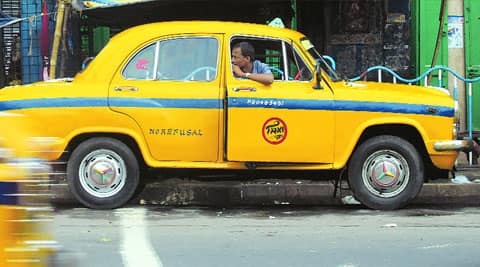 Of all the enduring icons that Kolkata so doggedly nurtures, the yellow Ambassador taxi is the most recognisable. With it come stories and associations that every Kolkatan can share. Stories involving genial Sikh taxi drivers, who ruled the roads till about a decade ago. Stories about stealing kisses in the back seat, while being driven around Victoria Memorial, perhaps like the lead characters in Aparna Sen’s 1981 film, 36 Chowringhee Lane. Like in any other city, there are many markers of growing up in Kolkata, like walking into the celebrated Oly Pub and ordering a beer for yourself or visiting the cavernous Kolkata MCD office. But none compare to the feeling of hailing a yellow cab, sprawling in the back seat and then surveying the city like you own it.

When it was launched in 1958, modelled on the British Morris Oxford III, Hindustan Motor Ltd’s Ambassador was the undisputed king of the road. Kolkata took to it like hilsa to Ganga. “It was as if the car was meant for the city. Its classic design went well with the city’s colonial architecture. Moreover, it fitted well with the image of the genteel Bengali bhadralok,” says Anirban Ghosh, archivist, Eka cultural resources and research, New Delhi. Though taxi services started in Kolkata as early as 1907, the iconic Ambassador became a standard taxi model only in 1962. “The Kolkata Taxi Association was very happy with the model. Not only did it have enough space and looked regal, it was also very sturdy,” says Tarak Nath Barik, who has been with the Kolkata Taxi Association for over five decades. 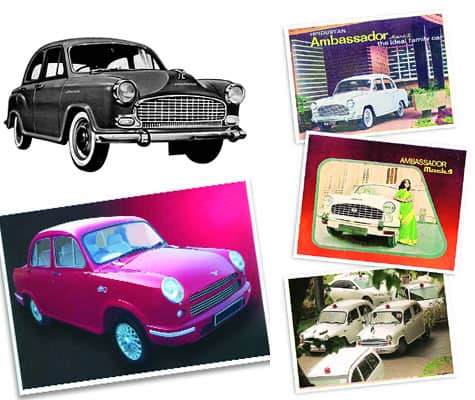 The Avigo model launched in 2003, which was aimed for foreign shores; the various models of Ambassador launched between 1958 and 1979

Understandably, the rest of India moved on. They didn’t share Kolkata’s visceral love for the car. The 1980s saw the launch of the people’s car, Maruti 800. It was boxy and compact and was perfect for the needs of new India. But Kolkata, like a faithful lover, remained enthralled by the curvaceous charms of the Ambassador. It zealously comes to its defence even now. “None of the Maruti products can match the Ambassador in terms of durability,” says Barik. In the late 1990s and the 2000s, a spate of foreign carmakers hit the India market. Ford and Volkswagon became household names. Eventually, Ambassador, which was the sarkari car for decades, lost even its last bastion. Slowly, but steadily, most politicians chose luxurious SUVs and sedans from the likes of Mercedes Benz, Audi and BMW over the Ambassador.

When Hindustan Motors announced that the production of Ambassador cars had been stopped in its Uttarpara plant last week, about 50 km from the city centre, at its factory, a grim reality struck the 2,600 workers. Less than a month ago, the factory was manufacturing 150 Ambassadors a day. But 150 is a measly number when it comes to a factory of that size. “To break even, we need to manufacture and sell at least 1,500 cars every month,” said Moloy Chowdhury of Hindustan Motors in a five-page notice that has been pasted all over the gate. There is a quiet demonstration outside the gate organised by the Indian National Trinamool Trade Union Congress. A shamiana has been erected, tarpaulin sheets have been spread on the floor and a cluster of workers look about wearily. “The union has not been informed about this shutdown. We have not been paid for six months,” says Uttam Chakraborty, general secretary, INTTUC, Hindustan Motors.

For the workers, the idea itself is unthinkable. “They never said they will scrap the car, did they?” asks Bapi Kar, a technician who has worked in the factory for close to three decades. In the mid-1980s, when Kar joined Hindustan Motors, the factory produced 70 cars per day. “It was a monopoly then. Everyone wanted an Ambassador,” says Kar, who plans to take a bank loan to buy a car and rent it out. He insists the car is still in demand, when the reality is quite the opposite. The demand for the car has gone down in the past decade. In 2009, 8,500 Ambassadors were sold in India; the number came down to 2,500 in 2013-14.

Kar, Chakraborty and thousands of Hindustan Motors employees have seen this coming for a long time now. “There are cars that offer a lot more in the same price. The downfall of Ambassador happened because we couldn’t keep up with the times,” says Gopal Das, a technician who has been with Hindustan Motors for the past 28 years.

For the 32,000 taxi drivers in the city, too, life may become a little more difficult than what it already is. “I have driven an Ambassador taxi for more than two decades now. For me, this is the best vehicle for Kolkata roads. Moreover, it’s cheaper than most other cars of its size. I don’t know how we will afford other mid-sized cars,” says Bhushan Jha, a member of Bengal Taxi Association.

Last year, the BBC automobile show declared Kolkata Ambassador Cabs the best taxis in the world, stating that “London’s black cabs are no match for India’s virtually indestructible Hindustan Ambassador”. An endorsement that probably came a little too late.

The story appeared in print  under the headline The Last Ride 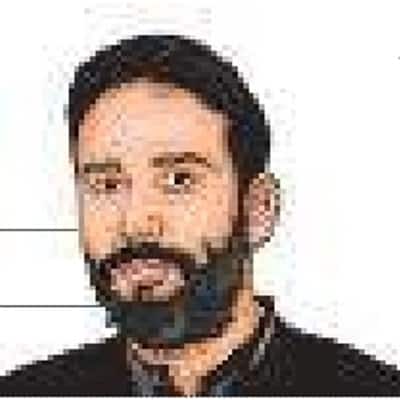