A new way to hand-me-down

Customers select their children’s sizes and needs, and for $40 plus shipping, the company sends a bag of secondhand clothing that includes three tops, three bottoms and one bonus item. In a San Antonio garage, two millennial mothers blast Avril Lavigne over speakers. They spend hours with the garage door open, soaking up the Texas air and sorting through small mountains of children’s clothes.

This is how Kara Livingston, 36, and Nicole Boynton, 35, describe a typical scene in their lives as the founders of Hand Me Up, a small business aimed at helping parents shop more responsibly to cut down on children’s clothing waste. Their online shop sells bags of secondhand clothing for babies and children up to age 6. The two women, longtime best friends who had been blogging and podcasting together, started the business in 2021.

Many parents, they knew, had scarce free time, tight budgets and growing children. It was tempting for parents to throw away outgrown clothes and shop fast fashion.

Though the business is still small (the founders are the only employees), it is an effort to tackle the waste produced by children’s clothing, which is part of a bigger issue. The United States generated about 13 million tons of clothing and footwear waste in 2018, according to data from the Environmental Protection Agency. Of that, the EPA estimates that only about 13% is recycled, while the remainder ends up incinerated or in landfills. 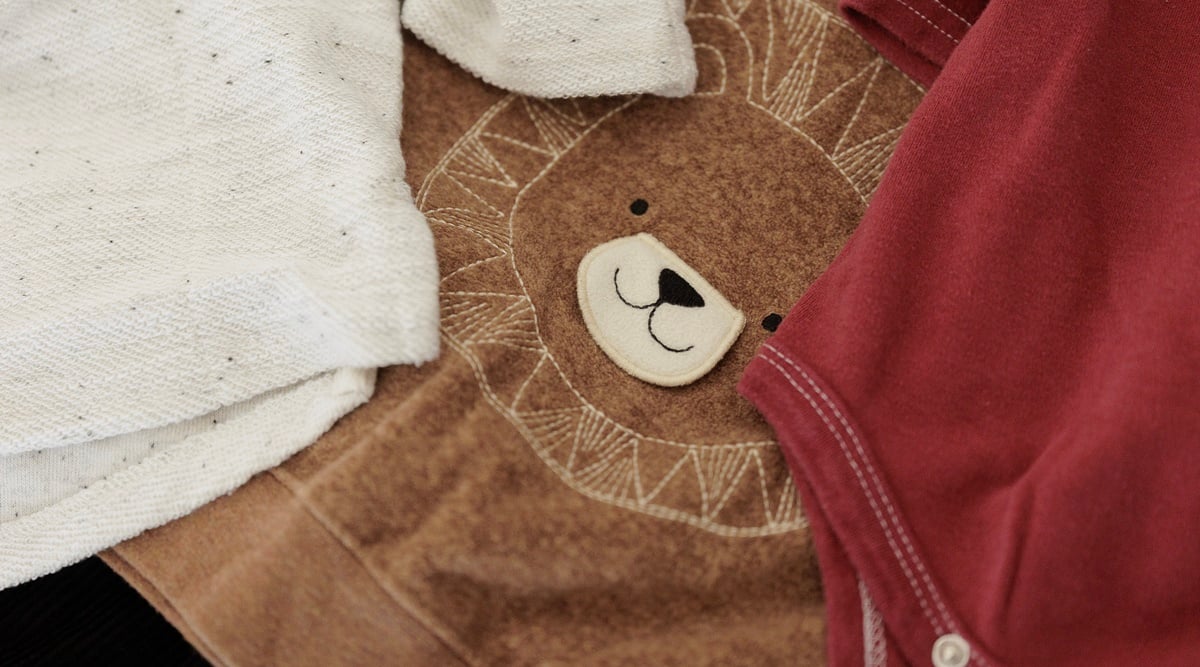 There is little data available about how much children’s clothing is discarded, said Amanda Forster, a materials research engineer at the National Institute of Standards and Technology and an author of a 2022 report that looked at how to extend the life of textiles. The report said that a circular approach focused on reuse and repair is key, and Forster said that the principle applies to childrenswear as well.

“You want to try and keep things circulating back through the economy in their original form as much as possible,” Forster said.

The Hand Me Up platform is designed to be simple and inexpensive. Customers select their children’s sizes and needs, and for $40 plus shipping, the company sends a bag of secondhand clothing that includes three tops, three bottoms and one bonus item.

Advertisement
ALSO READ |Will we ever be able to recycle our clothes like an aluminum can?

Most of the platform’s offerings are traditionally gendered clothes, but parents can use the company’s style quiz to request items free of certain colors or gendered phrases. The shop also offers a yearly subscription, in which customers receive a package each quarter. Shoppers who send in gently worn clothes receive a discount on their next order.

“We very intentionally make sure they don’t end up in the trash,” Boynton said. When they receive clothes that they can’t sell, they send them to a recycler.

More childrenswear brands have embraced responsible fashion in recent years, said Sandra Capponi, one of the founders of Good on You, a website and app that rates fashion brands for their impact on people, animals and the planet.

“Kidswear raises quite a unique, yet alarming, design challenge because that status quo of the linear take-make-waste model is amplified. As kids grow out of their clothes, parents ultimately, in many cases, dispose of them,” Capponi said. “So the kids’ clothes life cycle is much shorter compared to adult garments.”

Some major brands have their own reuse or resale initiatives, like Patagonia’s Worn Wear, and North Face’s Clothes the Loop. In 2021, Carter’s teamed with TerraCycle to start a program that allows parents to send unwearable clothes to be recycled into raw materials.

A company called the Swoondle Society offers a $20 per month membership to trade gently worn children’s clothes. Resale platforms such as Depop, Poshmark, ThredUp and Mercari also carry children’s clothes. Rental sites including Rent-a-Romper and the Little Loop are geared toward babies and small children.

“In 2022, kids’ shoes were among the top-selling categories, which makes sense knowing how quickly children grow,” said Tiffany Olson, a trend specialist at Mercari.

Many parents sell and shop at roving consignment sales such as Just Between Friends and Rhea Lana, as well as Kid to Kid and Once Upon a Child, both nationwide chains of secondhand children’s stores.

Founded in 1985, Once Upon a Child has more than 400 stores in the United States and Canada. The stores buy children’s toys, furniture and equipment, but Renae Gaudette, the chief operating officer of Winmark Corp., which owns Once Upon a Child, said about 75% of the inventory is apparel and footwear.

“The biggest threat we have as a brand is the garbage can,” she said. “It’s too easy for anyone to take their clothing and throw it in a garbage can.”

Other parents had similar experiences.

Whitney Kammer, 34, lives in San Antonio and is a stay-at-home mother with a 3-year-old daughter. She learned about Hand Me Up while in line for a Rhea Lana consignment sale, which she said she attends “religiously.”

“This sale only comes up twice a year, so if your kid goes through a growth spurt or something, you’re just out of luck,” Kammer said.

ALSO READ |Fast fashion: why your online returns may end up in landfill – and what can be done about it

Kammer signed up for a quarterly subscription to Hand Me Up, which she said has saved her time, effort and money. She also has a “friend trust of hand-me-downs,” in which she and her friends pass on children’s clothing.

For her, the decision to shop at secondhand sources is part of teaching her daughter more sustainable practices, even at a young age.

She said, “I want to pass on to my daughter that clothing is not disposable.”