Where the Light Gets In

A grandmother who saw only darkness for decades, and yet lit up the holidays with her love. 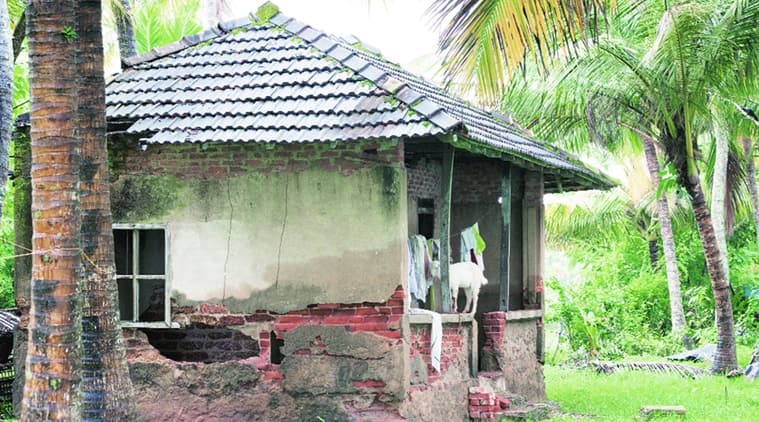 The shadow lines: It was a nondescript house with gloomy passages leading to narrow rooms. But it was a place I looked forward to the day the summer vacation started.

Every time the school closed for the summer vacation, I went to stay with a blind lady. She was my maternal grandmother, who lived in a city 40 minutes away by a fast train, two hours by slow ones. My grandmother was not born blind, blindness came late in her life, much after grandfather’s small fortune was spent on bringing up their seven children and marrying off their five daughters. I remember her children discussing her eye disorder in grave tones and pledging to pool in money to pay for the surgery that could restore her vision. But nothing eventually came of those discussions, and grandmother lived in darkness, groping around the house she had once known like the back of her hand. It was this house I chose to spend my summer holidays in, and I strongly believe that it was the emptiness and the silence of the house that appealed to the budding recluse in me.

It was a nondescript house with gloomy passages leading to narrow rooms. It had windows that would no longer align with their frames, and coir carpets that had grown threadbare. Its wooden ceiling came alive at night with the footfalls of pigeons and squirrels, and its complicated layout forbid air from moving freely through the house, making the summer unbearably hot. But, in spite of everything, it was a place I looked forward to catching a train to the day the summer vacation started. The best thing about the house was the garden that surrounded it. There were many guava trees, willow trees, pomegranate trees and two varieties of jasmine vines trailed on a jackfruit tree. Sometimes, I took a book to the garden, to sit under the jackfruit tree and read, and on rare occasions, the wind dropped jasmine flowers onto the book I was pretending to read.

The only thing I didn’t quite like about the house was its many cats. I don’t know who christened them, but they all had the names of electronic brands that were popular at that time – Sony, Akai, Dynora and Murphy. Murphy was the ugliest of them all and the most persistent beggar under the dining table at mealtimes. How I used to kick them! My grandfather lost his cool when the cats whined under the table or landed on the carpet, and he kept warning me against kicking his pets. He said they were dearer to him than his own children, and I sensed an air of exasperation in his tired voice. Other than my grandparents and their cats, nobody else lived in the house. My uncles and aunts occasionally paid them a visit, but I hardly saw my cousins calling on my grandparents. So my summer vacations were more or less a lonely affair, and thankfully so.

Grandfather was a tall man, well-built, a picture of good health even in his mid-seventies. Every morning, after serving us breakfast bought from a nearby hotel, he rode his old Raleigh to a match factory, where he rolled up the sleeves of his jubbah and assumed the role of a hard-to-please manager.

I would read the newspaper to grandmother until it was time for her to start cooking lunch. It was a delight, though a bit painful, to watch her cook. She could tell every jar of condiment by touch, which was surprising, because all jars had the same shape, and she chopped vegetables without even grazing her fingers once. Now, whenever I see a house in ruins — any house in any country — I think of the children who grew up there, I imagine them looking wistfully at the moth-eaten remains of their childhood.

For a blind woman, she cooked admirably well, and kept the kitchen tidy, and the good neighbours sent their children to help her with the chores. One retired clerk sent his teenage son to draw water from the well for her; a widow sent her teenage daughter to help her light the hearth and stoke up the fire by blowing air through a pipe. After quickly finishing their duties, grandmother’s young aides would retire to the sofa in the front room, to whisper to each other and nervously hold hands. Over many summer vacations, I witnessed their relationship flourish, and I once caught them passionately kissing right in front of my blind grandmother. I am not sure what happened to their affair, but I vaguely remember someone mentioning how their romance put the two neighbours at loggerheads.

My vacation at grandmother’s house never lasted beyond a fortnight. At the end of the second week, my mother would invariably send for me. And I always went home with a little wad of money grandmother fished out from an old tin and stacks of crisp matchbox labels grandfather brought from his workplace.

Not long after I outgrew the idea of summer holidays, my mother and her siblings finally decided to pool in money for grandmother’s surgery. After a spell of darkness that lasted nearly two decades, grandmother stopped feeling around the house and started to see things again. A few years later, my grandparents died in quick succession. The one who inherited the house locked it up and left it with little maintenance.

Many years after grandmother’s death, I stopped by my favourite holiday spot on an early evening. The roof had collapsed, creepers had taken over most of the façade, and the jasmine vines, from which grandmother used to pluck flowers without seeing them, had long wilted. That brief visit changed the way I looked at abandoned houses forever. Now, whenever I see a house in ruins – any house in any country – I think of the children who grew up there, I imagine them looking wistfully at the moth-eaten remains of their childhood.

I mentally resurrected grandmother’s house for one of my novels, The Blind Lady’s Descendants, which is the suicide note of a young man, whose blind grandmother, unlike mine, never regained her sight. I found it easy to write about the fictitious blind lady, for it was my tribute to the lady who saw only darkness for decades and yet lit up my holidays with her love.

Anees Salim is the author of four novels, including The Blind Lady’s Descendants. 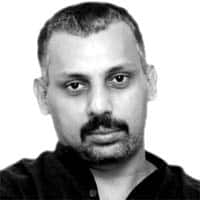 Anees SalimSalim, based in Kochi, is the author of ‘Vanity Bagh'... read more