The Land of Stories

What does it take to give up a well-paying job and go seeking life in rural India? 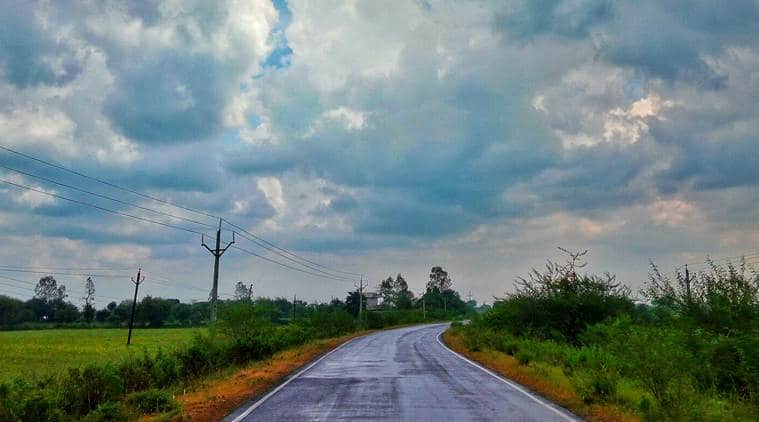 Rural life gives a whole new dimension to the concept of space. There are no boxed apartments, just plenty of open expanses to slouch around or cycle through.

Twenty-three more questions were lobbed at me after this.This not-so-small talk happened on a train from Bhopal to Harda, between a middle-aged man wearing Tide-washed white dhoti, kurta and a pagdi, and me. It wasn’t the first such dialogue I have had, not the last either, by any means. In fact, by now, I usually knew how to handle such questions and how to ignore the raised eyebrows.

Here’s some background on how and why this happened. Like most privileged people in India, I grew up looking at villages from a distance, only through the windows of a train. Initially, it was the green fields, cows and mud houses that formed the image of an ideal village to me. Gradually, it moved closer to perceived reality — women carrying pots of water on their heads and men working tirelessly in the fields — just the way mainstream Bollywood movies projected them.

A love for mountains and a deep curiosity to find out more about life there made me travel to Sarmoli village in Munsiyari, Uttarakhand, and then to Buriakhop village in west Sikkim earlier this year. Life wasn’t drastically different, except much simpler. I’d get up early, go on long walks, talk to people in person more than over screens, breathe clean air, eat healthy food and appreciate nature. Later, I visited rural parts of Rajasthan and Maharashtra for a short while. Throughout these trips, I was a traveller or a volunteer or a guest, either alone, or in a group. I was, therefore, treated like one — shown the best sites and provided with the best available services. Practices such as child marriage and gender discrimination were easy to spot in some regions, but there wasn’t much engagement with the issues. That would happen later.

When does one stop taking risks and settle into a life of monotony? Why does the fear of failure hold one back when all one wants to do is to follow one’s heart? Perhaps, it’s because we are taught to be safe than sorry. But how would you know what lies behind a mountain unless you cross it? An exciting opportunity knocked on my door just when I was beginning to tire of the monotony of my well-settled life and I embraced it with arms wide open, but also with my eyes closed and mind numb. I was selected as an India Fellow, a 13-month-long experiential social leadership programme that lets you work with organisations involved in understanding and managing social issues at the grassroots. Three months on, I’ve been working with an organisation in Madhya Pradesh that aims towards a gender equitable and self-reliant society, where women have access to and control over financial and other resources. Apart from learning the technicalities of the sector and brushing up on my conversational as well as written Hindi, a major part of my time is now spent in the tiny town of Harda, Madhya Pradesh, and its adjoining villages.

The interesting thing is that this life is not entirely unlike what I had imagined when I quit my job as a tax consultant which paid me enough to afford decent rented accommodation, frequent overpriced eateries and pay hefty bills. In the life that I find myself in now, some of the stereotypes that I had subscribed to are actually partially true. For instance, the fields are emerald green in most villages and a lot of men work there. Many women do too, and each of them gets paid Rs 150-200 daily. There are mud houses that remain cool in summer and warm in winters. But, there are huge bungalows as well, and, sometimes, they don’t care about the smaller homes. Cows, goats, buffaloes, dogs and roosters are used for business or for religious propaganda, whichever is convenient at the time.

There are days when I miss the city life I gave up, the one that consisted of cheese nachos and “Up to 50 per cent off winter sale at Lifestyle”. Then, there are days when it feels like I’m back in the blissful ’90s. The women I work with cook on chulhas (mud stove); my landlady washes clothes with a bat (not so much of bliss, that one!); all the women I know only wear saris, as if they were born in one. There are no restaurants, just a few bhojanalayas and samosa stalls to satiate your junk food cravings. There are a lot of bikes and bicycles, but very few cars around. Which means, pollution is rare and smog doesn’t exist.

One of the best things about living outside a city is the accessibility to fresh fruits and vegetables. I have plucked and eaten lemons and guavas straight from trees and they taste far better. And rural life gives a whole new dimension to the concept of space. There are no boxed apartments, just plenty of open expanses to slouch around or cycle through.

Of course, the challenges are equally mind-boggling. Caste-based and religious discriminations are real, to an extent that some people ask your name only to know your surname, and their behaviour towards is you is determined by your answer. Gender discrimination is real too. In Harda’s Abgaon village, Parvati Bai, 28, has eight daughters, but she is pregnant again in the hope of bearing a son. What is worse is that she’s not the only one. I’ve met numerous women who are in the same plight, either by choice or by force. Patriarchy is almost a way of life and there are no questions asked of men. Everything and everyone usually belongs to the men in the family, be it to a tween son or to a 92-year-old grandfather-in-law.

During one of our meetings with a group of women in Nayagaon, I was perplexed when a 13-year-old barged in and ordered his mother to not get involved with our initiative. Her response was to look down, smile and acquiesce. He knew she’d be okay with his decision. He knew she doesn’t have a say.
Illiteracy is real as well. Some women write their names like a three-year-old — painstakingly, but with a sense of achievement. Yet others like to call themselves angootha-chhaap.

It has been interesting to watch how the recent demonetisation drive has played out in these villages, where debit or credit cards aren’t accepted anywhere. PayTm is unheard of. When the drive was announced, groups of school children took out rallies to make the community adults aware of how to exchange their Rs 1,000 and Rs 500 as soon as possible. In the absence of television in many houses, the news reached late in many places, only through word of mouth, facts and rumours mixed together. Since then, it’s been a challenging time, especially for those who are unlettered and even for those who have been abandoned by society. Documentation remains a prime hurdle and the ones who suffer are usually those at the bottom of the pyramid, like a widow from one of the lowest castes.

This contrast that I find myself in has taught me important things about life. For starters, it has taught me to blend in. I can initiate a conversation with a bank manager in a village who doesn’t like women who talk, as well as with a city doctor who thinks the world owes him a lot because of his degrees. It has taught me that there are all types of people in all kinds of spaces — hardworking, helpful, honest, cunning, curious and complaining and it’s taken me time to manage a team that can’t write e-mails as smoothly as one that attends board meetings in crisp clothes. It has taught me to not judge people as much as I used to earlier, to understand that poverty is a very real thing and that a large number of people in our country needs to be empowered.

As I move between these very diverse spaces, learning and unlearning things, I am discovering new things about myself too. I know now when to fake a smile at intrusive questions and when to stay quiet while a son lashes out at his mother. I know, too, when to go back to confront him and give him some gyaan. In an India that’s stuck between age-old beliefs and progress, I am meeting myself in strange new ways.