The deadly Russell Viper: How the snake’s venom affects humans

For most poisonous snakes the percentage of dry-bites is relatively high but the Russell Viper always goes for the maximum venom dose. I do some farming near a town called Ahmednagar near Pune. A few months ago, when the field was covered with sorghum saplings, I visited the farm with my brother. We, along with some others were walking on a small trail when someone who works as a farmhand shouted saying that there is a big snake hiding where the saplings had grown thicker and taller. We also have a farmer named Viju who advises us on selection of seeds, ploughing, sowing the seeds, fertilizers and harvesting. He had reached the place before any of us and was shouting, ‘it’s a small python, and it is harmless.’ Curiosity subdued my fear and I ran to see the ‘harmless python’. It lay there in a bulky coil that looked as if it was at least five feet in length. The reptile was creamy yellow and had back, chain-like patterns on its body. It looked relaxed, but it was staring at us with its beady eyes mounted on its flattened and triangular head. Meanwhile Viju had moved closer to the ‘python’, and was busy pushing the samplings away for a better view. I gingerly walked nearer while my brother, an Indian American, stayed far away. ‘Oh these Americans, they are even scared of the dust flying in the air!’ I thought to myself and came just two feet away from the coil to take a photo with my Smartphone.

‘Do not act like a hero,’ my brother was shouting while Viju was laughing at his fear saying, ‘madam, come closer for a better photo, it is just a harmless python.’ I was thinking that Viju has lived all his life in the field and must know about the reptiles. I finally bent forward with my head just a foot away from its rectangular one and took a photo. It did not move and posed by raising its head a bit high.

A few days later I posted the photo on my facebook, with a caption, ‘a python in my backyard.’

A friend who is a herpetologist promptly called me to say that the ‘python’ I had uploaded on the facebook is not a ‘python’. What he told me made my blood go cold, he said without mincing words that it is a full grown Russell Viper, also called the chain viper and is India’s deadliest snake accounting for thousands of deaths each year. It is fast and vicious, can strike its victim who is five feet away within seconds; likes to live in the farm fields or open spaces near human habitats where it can find small rodents and hence many farmers and outdoor workers fall prey to it. Its fangs are very long to perform an extreme function, very rapid injection of the venom.

He also added another chilling fact. For most poisonous snakes the percentage of dry-bites (bites without the snake spewing its venom in the victim’s body) is relatively high but the Russell Viper very seldomly delivers dry-bites, and always goes for the maximum venom dose.

I was plain silly to go so near to the venomous viper. I was also plain lucky to have missed its fatal strike.

Damage or sufficient amount of blood loss can cause the gland to cease production of necessary hormones.

In a study published in The Lancet, a medical journal (7the December 1985, volume 326, no 8437 page – 1259 – 1264) about twenty-nine percent of patients who recovered from Russell’s Viper venom had signs of hypopituitarism or Sheehan’s Syndrome. Both conditions have unremarkable symptoms, like a constant feeling of cold and an unusual amount of fatigue. What distinguishes them is a sort of reverse-puberty in adults. They lose their sex drive. They lose fertility. They lose their body hair, especially pubic hair. Men lose facial hair and muscles. Women lose curves as the condition causes them to lose weight. Some doctors even report loss of mental faculties as the condition progresses.

What I want to say in this column is that when you are out there, trekking or just wandering; do not go near any snake even if someone says it is not poisonous. There are other poisonous snakes in India.

More about them in my next column and also what to do if the snake does bite. 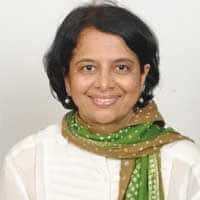 Medha Deshmukh BhaskaranThe author is a microbiologist and has worked for food and pharmaceuti... read more