A roundup of some recent ads that hurt ‘Indian’ sentiments 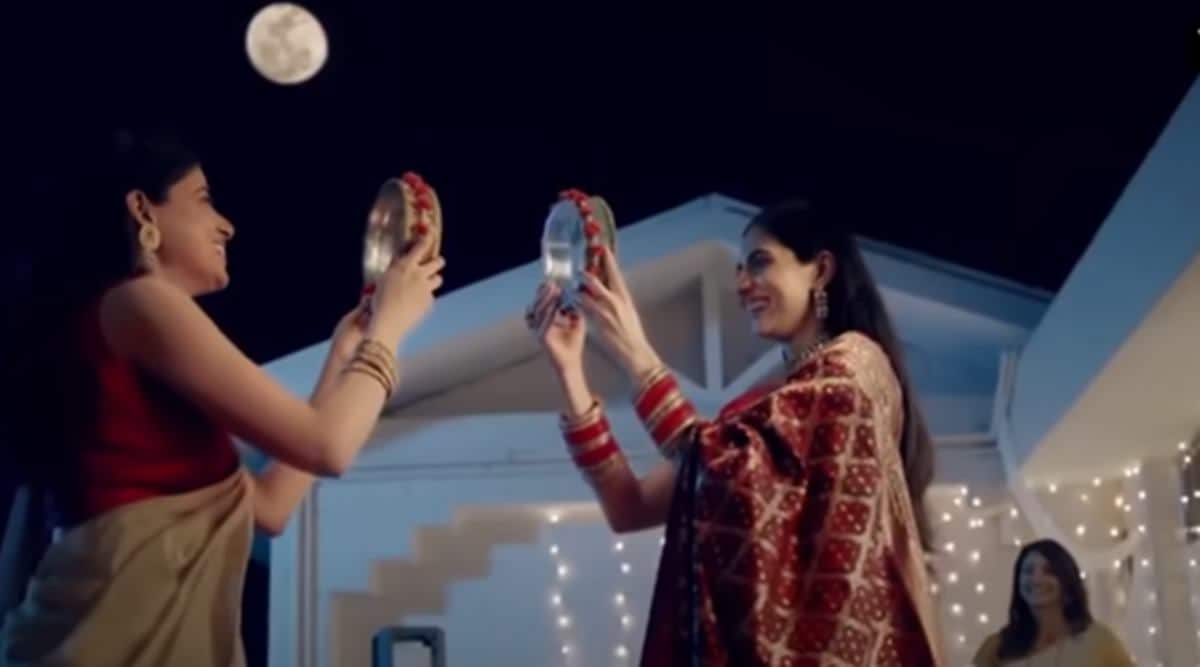 Of late, there has been a surge in the number of ‘angry’ and ‘hurt’ people in India, who have shown their discomfort at advertisements that they have found ‘offensive’. It has begged the question of, ‘Indians ko gussa kyun aata hai?‘

Advertisements, in particular, have been targeted. Interestingly, these ads have tried to show the country in a ‘modern’, more ‘tolerant’ light, which has been resisted by a section of people that has even cried ‘boycott’.

Here, we do a roundup of some ads that made news in the recent past, but for all the wrong reasons.

Let us begin with the Sabyasachi mangalsutra controversy. The ace designer had received severe backlash when his ad campaign for luxury mangalsutra was likened to a ‘lingerie’ and a ‘condom’ ad, given the intimate nature of the pictures. Sabyasachi had launched the Royal Bengal Mangalsutra 1.2 as part his latest jewellery collection, the campaign for which was later withdrawn.

No! This is no lingerie or C0nd0m Ad.

This is Sabyasachi Mangalsutra Ad.

Ultra Woke #Sabyasachi are so creatively bankrupt that they have to use semi naked models for a Mangalsutra ad.#BoycottSabyasachi #Femina pic.twitter.com/dim9YpJhgF

Clothing and home décor brand FabIndia also received immense hate when it tweeted out its collection on October 9, with the post that read, “As we welcome the festival of love and light, Jashn-e-Riwaaz, by FabIndia is a collection that beautifully pays homage to Indian culture…”. It featured men and women adorning festive, Indian ethnic clothing in a vibrant shade of red, given that it is the festive season.

Deepavali is not Jash-e-Riwaaz…Period!!!
Seems like Fab India has done this deliberately to hurt Hindu Sentiment. #BoycottFabIndia pic.twitter.com/oczgyUlmIF

But soon, the brand was accused of ‘damaging the Hindu festival of Diwali’. Later, the tweet was removed and the ad pulled as well.

Even after the decriminalisation of homosexuality, many Indians continue to squirm around the idea of it. During Karwa Chauth 2021, consumer goods company Dabur, which owns the fairness bleach brand Fem, had released an ad showing two women in a same-sex partnership celebrating the festival together. Traditionally, the day marks the celebration of ‘heterosexual’ marriages, wherein the ‘wife’ fasts for her ‘husband’ and prays for his long life — a concept many have deemed ‘patriarchal’.

In the ad, the women were shown applying bleach on their face, so as to look like ‘chand ka tukda‘ — chand, or moon, playing an important role in the celebration. While some people called out the colourist nature of the ad, others wondered about the need to celebrate patriarchy. Some others, however, brazenly criticised the ad for allegedly using a ‘Hindu’ ritual to advocate for change, or anything even remotely progressive.

Clothing brand Manyavar was also targeted this year, when an ad featuring actor Alia Bhatt questioned the concept of ‘kanyadaan‘ as something we should be doing in the modern age, asking why women are treated as objects to be given away. A pro-Hindu outfit had staged a protest outside one of the brand’s showrooms in Navi Mumbai against the advertisement, claiming that it hurt religious sentiments of the community. During the protest, the members held placards and shouted slogans against Manyavar’s company Vedant Fashions Ltd, calling for the boycott of the brand.

For some reason I thought Tanishq and TATA won’t withdraw this ad. This is India and love, in all its plurality. https://t.co/TS0MHN9FEH

Some time last year, jewellery brand Tanishq had pulled one of its ads after receiving social media backlash for showing an interfaith marriage. The ad was essentially that of a pregnant young ‘Hindu’ woman finding love, respect and acceptance in the ‘Muslim’ family she is married into. But, people began to ask for a boycott of the brand, claiming that it promoted ‘love jihad’ by celebrating an interfaith marriage.