Princess Diana’s little boy, the devil-may-care red-haired prince with the charming smile is about to become a father. The arrival of the first child for Prince Harry and his wife Meghan will complete the transformation of Harry from troubled teen to family man, from source of concern to source of national pride. 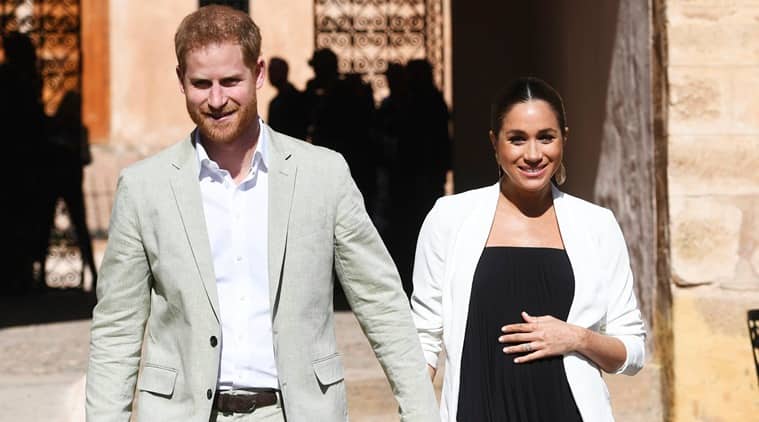 Princess Diana’s little boy — the red-haired prince with the mischievous smile and his mother’s wild streak — is about to become a father. The arrival any day now of Prince Harry’s and American wife Meghan’s first child will complete his public transformation into the admirable and modern family man who took his grandmother’s crown last year as Britain’s most popular royal.

Confidence, a sense of humor and a fun-loving personality are some of the qualities the public sees in Harry, according to a U.K. polling company’s rolling online surveys. Those old enough to remember his coming of age – watching him grow from a child swimming in palace trappings to a rebellious teen, from an army officer speaking up for rank-and-file soldiers to a ginger-bearded groom – can’t help but take some pleasure in the expectant father’s next milestone.

The Duke and Duchess of Sussex, the titles conferred on the prince and his bride by Harry’s grandmother, Queen Elizabeth II, have tried to keep plans for Baby Sussex’s birth veiled in privacy. Kensington Palace didn’t give a due date, saying only that it would be in the spring.

The news cameras that chronicled every awkward moment and misstep of his difficult adolescence often captured Harry at his best when he was doing charity work that involved playing with or comforting children. His natural ease with young ones invited obvious questions. The prince acknowledged in general terms that he looked forward to having children of his own. It’s clear from his quiet smile whenever Harry, 34, and Meghan, 37, are out together that he is treasuring the time now that he will. 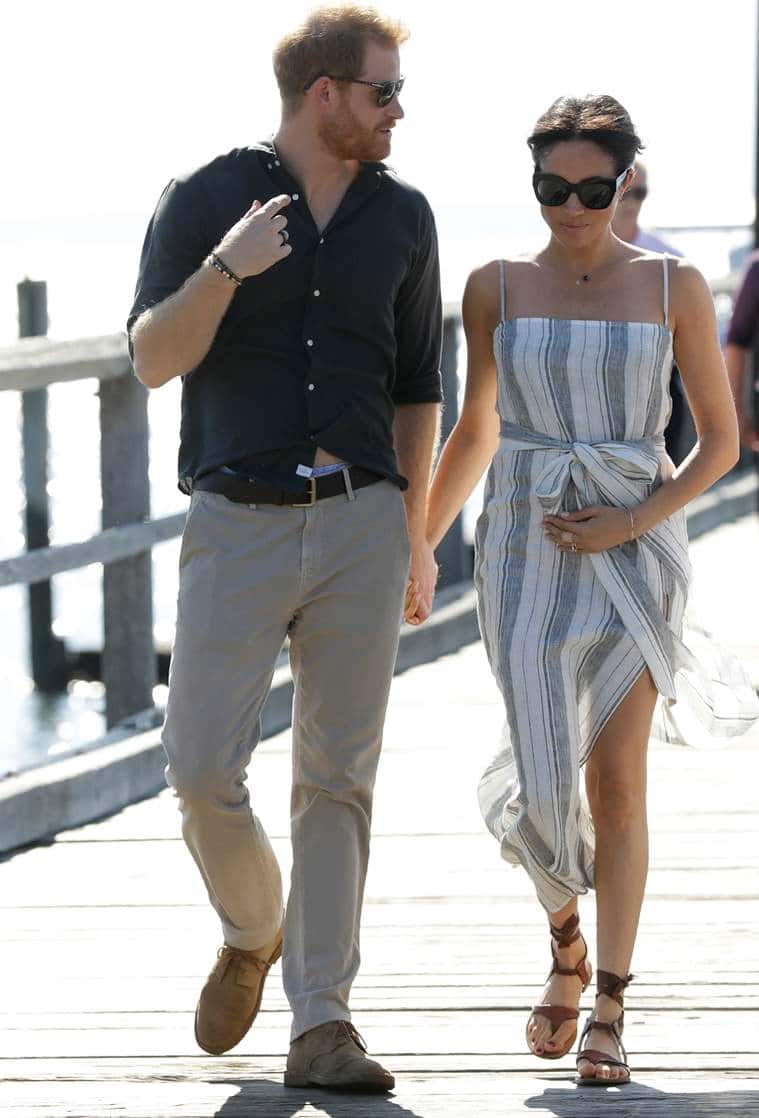 His circle-of-life moment also closes a familiar cycle of ruin, rebirth and redemption for the exceptionally privileged and unremarkably flawed family he joined as His Royal Highness Prince Henry of Wales on September 15, 1984.

Harry was the proverbial “spare” to older brother Prince William’s heir-to-the-throne role as the firstborn child of Diana and Prince Charles, the queen’s eldest. By the time he was born, his parents’ marriage was already in trouble. They separated when he was 8.

In the four bitter years before the divorce, Charles and Diana both acknowledged extramarital affairs. Charles’ was with a married woman he had had a relationship with before he married Diana, Camilla Parker-Bowles. She has now been his second wife, and William and Harry’s stepmother, since 2005. Diana’s was with an army officer who was her horse riding instructor.

Harry suffered an almost unimaginable loss when Diana died in a Paris car crash in 1997. Millions around the world watched the funeral, and his pain. The image is indelible: a 12-year-old Harry walking in the funeral procession behind his mother’s casket, his face set in angry stone days after she died in a car crash while being pursued by paparazzi in Paris.

Harry has acknowledged that Diana’s death and the aftermath set him on a destructive path.

“My mother had just died, and I had to walk a long way behind her coffin, surrounded by thousands of people watching me, while millions more did on television,” Harry told Newsweek magazine as the 20th anniversary of that day was approaching. “I don’t think any child should be asked to do that, under any circumstances. I don’t think it would happen today.”

He was angry, he told Newsweek, as well as adrift as he fought to break his royal bonds so he could live the “ordinary life” his late mother tried hard to show her two princes. That’s another chapter of the story. In his late teens and his 20s, Harry had to publicly apologize for engaging in crude antics that were normal for his school and army buddies but earned a prince embarrassing coverage in British tabloids. Britain’s Prince Harry, right, and his wife Meghan the Duchess of Sussex at the launch of the Nelson Mandela Centenary Exhibition at the Queen Elizabeth Hall in London, on July 17, 2018. (Photo: AP)

His elders issued a statement acknowledging Harry had smoked marijuana – more than once. He was photographed wearing Nazi gear at a costume party, recorded using racist terms. The 2012 “strip billiards” incident in Las Vegas, where Harry was photographed nude with a female companion, only added to the perception of an entitled prince who knew no boundaries.

In the past two years, Harry has spoken out about mental health issues and the need for better treatment throughout Britain, using his own experience as an example. Harry’s willingness to air his demons in public and jettison the royal tradition of keeping a stiff upper lip about personal problems has seemed to raise his stature with Britons.

As part of a campaign to end the stigma surrounding mental health problems, he told The Daily Telegraph in 2017 he “shut down all his emotions” for nearly 20 years after his mother’s sudden death and had been “very close to a complete breakdown” and “on the verge of punching someone” on numerous occasions.

He said only by entering therapy at William’s urging was he able to come to grips with his suppressed grief about losing his mother at such a young age. He said he took up boxing as an outlet for aggression.

Candidness about his own struggles isn’t the only reason for Harry’s steady rise in stature. During 10 years as an army officer, he served in Afghanistan twice, including a tour piloting a helicopter. Harry’s military experience led to the cause he brought to life with clear passion and no qualms for once about using his palace connections: the Invictus Games, his concept of an Olympics-style sports competition for injured and disabled military men and women.

The 2017 games in Toronto is where he chose to make his first official appearance with Meghan Markle, a divorced actress with whom he was clearly besotted. The couple kissed and cuddled for the cameras Harry had so long resented. When they attended the next year’s Invictus Games in Sydney as newlyweds, Harry mentioned Meghan’s pregnancy at both the opening and closing ceremonies. A compassionate man anticipating contentment had emerged from a brittle shell.

Flashes of anger still surface in defense of the woman he loves. His rebellious side hasn’t gone away, either, but has become part of what his fans find intriguing.

In recent days, he and Meghan announced their newborn would not be making his or her public appearance on its first day in the world, a custom observed by his parents and William and his wife, Kate, the Duchess of Cambridge. They also haven’t confirmed or denied speculation that Baby Sussex will be born at home at Frogmore Cottage, located near Windsor Castle.