The rule has invited ridicule from some opposition lawmakers, who called it "nonsense", and gym owners see the rules as barely effective or unrealistic to maintain. 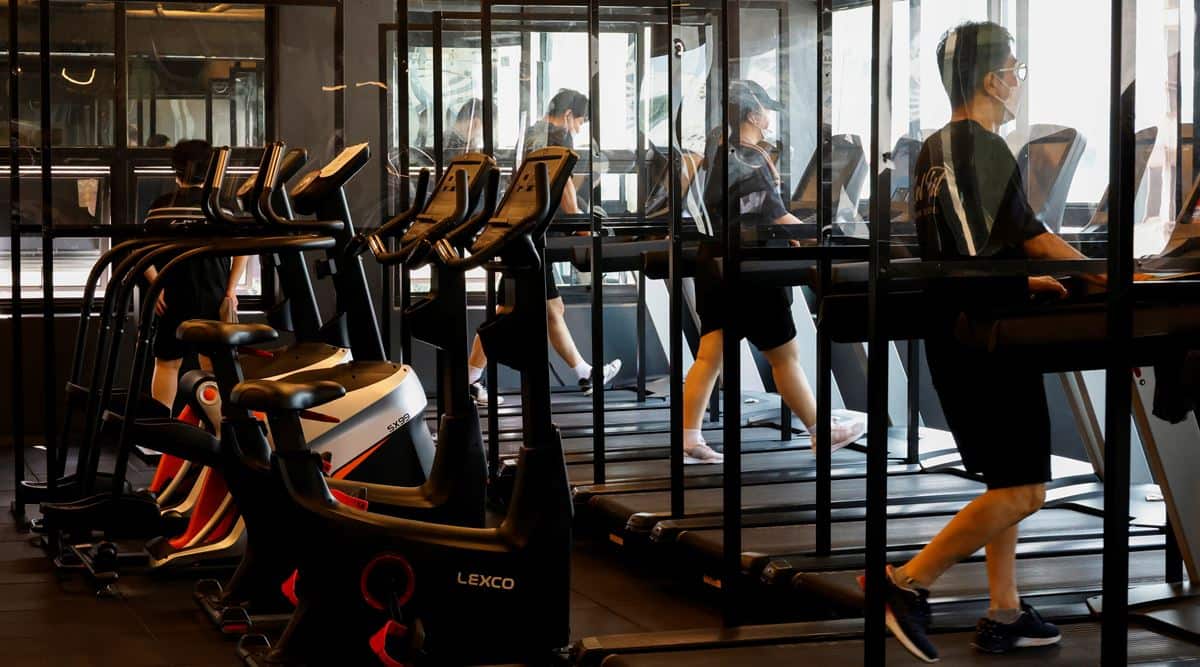 Health officials say the measure was intended to prevent breathing too fast or splashing sweat to other people while avoiding having to close such businesses entirely, as they have during previous waves. (Source: Reuters)

Plenty of gym-goers rely on a good tune to get themselves through that workout, but in South Korea their musical options have just reduced significantly under new COVID-19 rules.

To the standard restrictions such as social distancing and travel curbs, South Korea has added a requirement that gyms do not play music with higher than 120 beats per minute (bpm) during group exercises such as aerobics and spinning.

Health officials say the measure was intended to prevent breathing too fast or splashing sweat to other people while avoiding having to close such businesses entirely, as they have during previous waves.

The rule has invited ridicule from some opposition lawmakers, who called it “nonsense”, and gym owners see the rules as barely effective or unrealistic to maintain.

For Kang Hyun-ku, an owner of a gym in northern Seoul, lining up fast, funky K-pop songs on his playlist was his morning routine.

“Playing bright tracks is to cheer up our members and the overall mood, but my biggest question is whether playing classical music or BTS songs has proven to have any impact on spreading the virus,” Kang told Reuters.

“Many people use their own earphones and wearable devices these days, and how do you control their playlists?”

The government imposed its highest level of distancing rules in Seoul and neighbouring regions starting Monday, as the country battles its worst-ever COVID-19 outbreak.The rules also limit treadmill speeds to a maximum 6 km (3.73 miles) per hour, ban the use of showers at gyms, and restrict table tennis matches to two people per table, among other measures.

“So you don’t get COVID-19 if you walk slower than 6 km per hour,” said Kim Yong-tae, a member of the main opposition People Power Party.

“And who on earth checks the bpm of the songs when you work out? I don’t understand what COVID-19 has to do with my choice of music.”

When asked about the actual effectiveness of the workout music speed guidelines, a health official said authorities came to the decision after taking into consideration a broad range of opinions.

President Moon Jae-in on Monday said he felt heavy-hearted when thinking of small and medium-sized business owners and others burdened by the rules.

“I can’t help but feel very sorry to once again ask the citizens for a bit more patience,” he said at a special COVID-19 response meeting.

Whang Myung-sug, a 62-year-old member of Kang’s gym, said the government had applied a double standard in restricting gyms.

“The regulations are just bureaucratic, as if those who devised them had never worked out at a gym,” she said.

Don’t worry: the 120 bpm rule means you can still listen to Eye of the Tiger by Survivor, or K-pop sensation BTS‘ latest hits such as Dynamite and Butter. But if your favourite workout song is Psy’s Gangnam Style – the South Korean hit that went viral the world over – you’re out of luck.

Arjun Kapoor on being called ‘bhaiya’ by Janhvi and Khushi: ‘It sounds very strange’