The exhibit of all things Bowie, who died in 2016, includes gift-shop displays of Bowie-emblazoned and themed T-shirts, sweatshirts, mugs, posters, books and other paraphernalia. 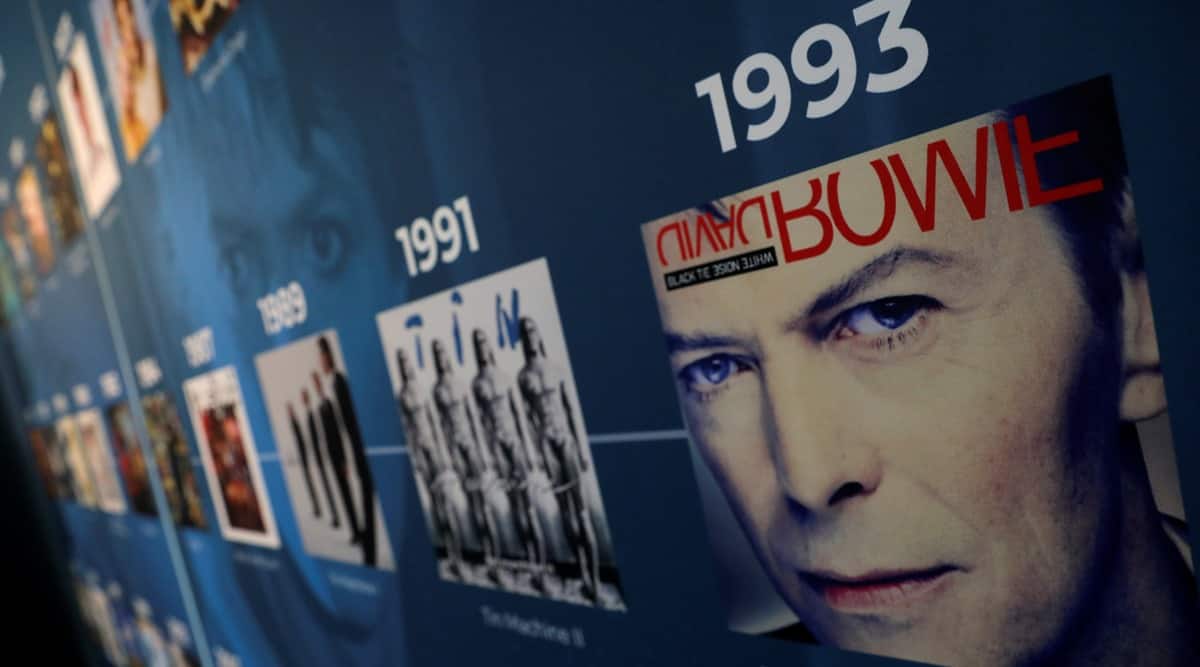 A discography wall of the late artist David Bowie's albums is pictured inside "Bowie 75", a new interactive pop-up exhibit and shop in Soho neighbourhood of Manhattan. (REUTERS/Mike Segar)

A pop-up shop-cum-exhibition in New York is celebrating David Bowie on his upcoming 75th birth anniversary.

Located in the Manhattan neighborhood of Soho where the British singer lived, the multimedia experience, entitled “Bowie 75,” will remain open free of charge through January. The date of Bowie’s birthday, January 8, will be marked.

“This is meant to be a celebration of David, for David and for his fans,” Lawrence Peryer, the producer of “Bowie 75,” said in an interview. The exhibit of all things Bowie, who died in 2016, includes gift-shop displays of Bowie-emblazoned and themed T-shirts, sweatshirts, mugs, posters, books and other paraphernalia.

Also of note are a series of multimedia displays that aim to bring the icon back to life. Bowie can be heard opining on topics such as the public interpretation of artwork in telephone messages you can listen to in a replica of a K2 British phonebox seen on the album cover of “Ziggy Stardust.”

Another immersive experience allows visitors to listen to Bowie in a 360-surround soundspace. 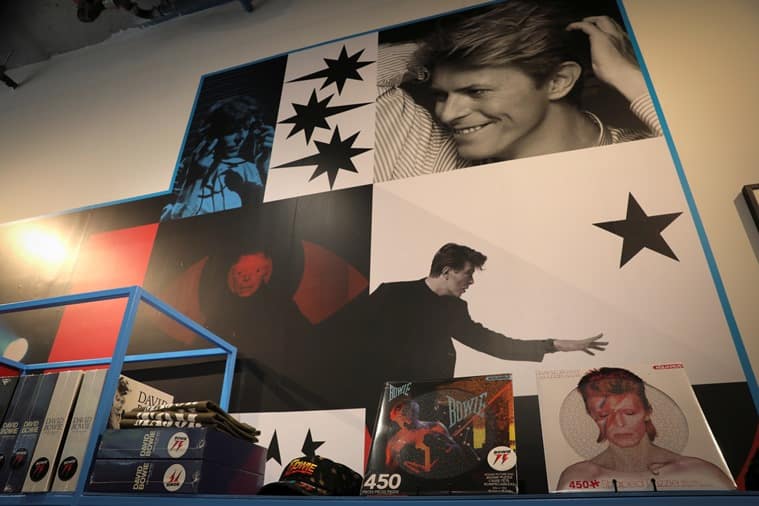 Fans can also write digital messages at a station called “Ground Control to Major Tom,” an allusion to the lyrics of the Bowie classic, “Space Oddity.”

“David Bowie has saved my life and many people’s lives. He’s my favorite person, my favorite artist, so he’s made me love life,” said New York singer/songwriter, Alessandra Mendez. “This is just great.”

An additional “Bowie 75” pop-up shop-and-exhibit is also available in Bowie’s other major haunt of London.