How should parents handle the growing number of young people, especially millennials, who are staying home longer, marrying later — if at all — and relying on their parents for free rent, food and car insurance? 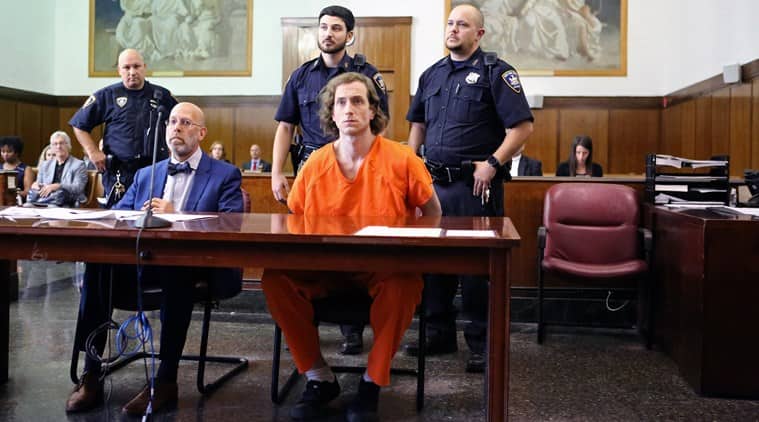 Thomas Gilbert Jr. at his sentencing hearing in Manhattan on Sept. 27, 2019. When Gilbert received a 30-year sentence for killing his father over a money dispute, it ended a four-year-long case that sent a chilling warning to any parent who ever considered giving money to an adult child. (Photo: Jefferson Siegel/The New York Times)

When Thomas Gilbert Jr. received a 30-year sentence in September for killing his father over a money dispute, it ended a four-year-long case that sent a chilling warning to any parent who ever considered giving money to an adult child.

Gilbert, the son of a Manhattan hedge fund manager, was raised with a silver-spoon lifestyle, attending the elite Buckley School for boys in Manhattan, the exclusive Deerfield Academy in Deerfield, Massachusetts, and Princeton University, but he had trouble holding down a job after graduation. So his parents gave him a monthly allowance, in addition to covering the $2,400-a-month rent on his apartment in Manhattan’s Chelsea neighborhood. When his father cut the allowance, his outraged son, then 30, took a gun and fired it into his father’s head at point-blank range.

“You want to support your child, but if your child is just serially not self-sustaining, what do you do?” said Christina Baltz, partner in the private client and tax team at Withers LLP. “It’s a real dilemma.”

While the Gilbert case is an extreme example, it speaks to a common quandary for parents with money to spare: When and how much should they give to an adult child who comes asking for money — especially one who is able-bodied and well-educated? How long should any financial help last? And should it be a gift, loan or advance on an inheritance?

Legal experts and estate planners caution parents to carefully scrutinize the need for the money and how it could affect the child’s long-term ability to live, work and succeed in the world.

“Money is a metaphor for love and control,” Baltz said. The biggest challenge is providing enough money to help a child through a challenge but not giving to the point where it kills the person’s motivation to work and succeed.

If money is needed for an urgent matter — like emergency surgery, medical bills, a lost job, house foreclosure or costly divorce — it’s a no-brainer: Experts said parents should help in such situations as long as they can afford it.

“You’re rescuing them temporarily; you’re not indulging them forever and putting them on your payroll,” said Susan Covell Alpert, author of “Later Is Too Late: Hard Conversations That Can’t Wait” and “Driving Solo: Dealing with Grief and the Business of Financial Survival.”

But even then, parents should do a little due diligence first.

“You have to be careful not to be taken advantage of by a child,” said Les Kotzer, a wills and estates lawyer at Fish & Associates in Thornhill, Ontario, and co-author of four books and an audiobook on wills, including “The Wills Lawyers: Their Stories of Money, Inheritance, Greed, Family and Betrayal.”

In an interview and in his book, Kotzer recounted the story of an older couple whose only child had a college degree in geology but struggled to find work. Even after taking a job in a small mining town hundreds of miles away, the son continued asking his parents for money to cover housing costs, prescriptions for illnesses he said he and his wife had, and bills related to their disabled child.

But years later, when the elderly parents were finally able to make their first — surprise — visit to the town, they were shocked to discover a lavish, well-furnished home, shiny new cars in the driveway and a live-in nanny, who told them the couple was in Puerto Rico for a 10-day cruise. The young parents were healthy, both had high-paying jobs, and their child was not disabled. The parents felt duped and immediately cut their son out of their will, Kotzer said.

Experts see some needs, like education, as a compelling area for giving money to children. Paying for college tuition can be an investment in a child’s long-term employment future, Kotzer said.

But how should parents handle the growing number of young people, especially millennials, who are staying home longer, marrying later — if at all — and relying on their parents for free rent, food and car insurance?

“It is creating a dependency,” Baltz cautioned.

Experts advise parents not to allow their adult children to live rent-free without any deadline and not to pay an allowance without any strings attached.

“Like Tommy Gilbert, do you want to keep him on an allowance for the rest of his life and never have to get a job?” Baltz said.

Hoarders take “tough love” to the extreme: They refuse ever to give an adult child money, insisting that the child work multiple jobs to pay for college or medical bills. Then, when they die, they leave their entire estate to an adult child who might no longer need it.

Kotzer recalled a client who came in to pick up a check for the $1 million his mother had left him in her will. It was a classic hoarder story, he said: The client’s parents refused to have a dentist fix his crooked, discolored teeth as a child, making him feel self-conscious, and wouldn’t spend a dime to help with college, his wedding or the purchase of his first home.

Experts recommend that parents give their children monetary gifts while they’re alive, rather than leaving everything in a will. This helps adult children when they need it most, and it can reduce inheritance taxes when a parent dies.

Right now, estates valued higher than $11.4 million face a 40% federal tax, said Sarah Wentz, a partner at Fox Rothschild in Minneapolis. (State inheritance taxes are separate and have different rules that vary from state to state.) But IRS rules allow people to give a tax-free gift of up to $15,000 per person per year to as many people as they want.

On the flip side are cash cows: These are the parents who, because of pressure or guilt, hand over money every time an adult child requests it — even if it’s for frivolous reasons, like taking a trip or buying the latest high-tech gadget, and even if they can’t afford it.

“Don’t give anything away that you are going to miss, can’t afford, may need or puts you into poverty,” said Jeffrey Condon, co-founder of Condon and Condon law firm in Santa Monica, California, and co-author of “Beyond the Grave: The Right Way and Wrong Way of Leaving Money to Your Children (and Others)” and “The Living Trust Advisor.”

About 90% of liquid assets are spent during the last 10% to 20% of a person’s life, largely because of medical expenses, Condon estimated. He recommends that parents never give away more than 10% of their liquid assets.

Sometimes a loan, rather than a gift, is more appropriate.

Experts recommend that parents draw up a promissory note that complies with IRS rules — rather than relying on a handshake — when offering a loan. Otherwise, the loan can quickly be deemed a gift if it isn’t repaid, Alpert said.

Gift or loan, there’s no guarantee that children will give money back if a parent later needs it, Wentz cautioned. She recalled one client who gave $150,000 to each of the couple’s five children, with the understanding that if the parents ever needed money for medical care, the children would give the money back. But when the surviving spouse incurred medical conditions that required round-the-clock care, two of the five children refused to return the money to allow their father to receive care in his home. They said it would be cheaper to put him into a nursing home.

Giving a child money for certain milestones, like college graduation, marriage or the birth of children may seem like a good idea on paper. But it can stoke feelings of anger and resentment in children who don’t marry or can’t have children.

Experts recommend that parents be open and fair when giving money to adult children. If money is given to one child, the other children should be informed and promised similar monetary gifts either now or at the time of inheritance.

Most children keep a scorecard — even if parents don’t. “And if that scorecard of lifetime gifts isn’t roughly equal at the time of the parents’ death, then there’s a problem,” Condon said. “Not a legal problem — a family problem.”

Wentz recalled a couple’s cutting their daughter out of their will because they felt she didn’t need the money; she was married to a man with more than $80 million. The decision caused considerable hurt and anger from the daughter.

“In her mind, it had nothing to do with that money,” Wentz said. “It was: Does my dad love me the same as everyone else?”