A study by the department of pulmonary medicine at the Vallabhbhai Patel Chest Institute, found that the lung capacity of children in Delhi was 10 per cent lower than those in the US. 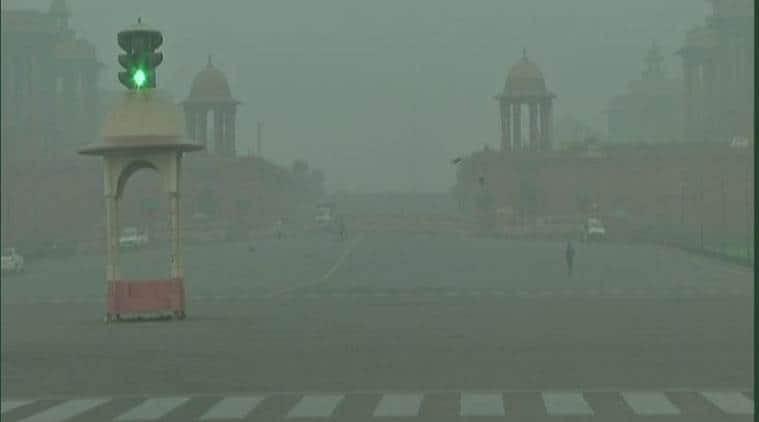 The lung capacity of Indians is 30 per cent lower than North Americans or Europeans, making them highly vulnerable to diabetes, heart attacks or strokes, says a top scientist.

Dr Anurag Agrawal, director of the CSIR-Institute of Genomics & Integrative Biology (IGIB), believes air pollution, along with ethnicity, physical activity, nutrition, upbringing are the major factors behind this.

The Shanti Swarup Bhatnagar awardee has now undertaken a major study to pinpoint the relative contribution of these factors in his capacity as a senior fellow of the Wellcome Trust – DBT India Alliance.

Agrawal said, according to data sourced from the American Thorasic Society, the Forced Vital Capacity (FVC) of Indians was 30 per cent lower than North Americans or Europeans and marginally lower than the Chinese.

FVC is the total amount of air exhaled as hard and as fast as possible after maximum inhalation, which, he said, was a major indicator of a person’s susceptibility to cardiovascular diseases, even more than cholesterol.

“It means an average Indian being measured by American standards would fall into restrictive low lung function capacity. People in this category have been shown to die much faster of diabetes, heart attacks and stroke,” Agrawal told PTI.

A recent study, by the department of pulmonary medicine at the Vallabhbhai Patel Chest Institute, found that the lung capacity of children in Delhi was 10 per cent lower than those in the US or those of Caucasian origin.

However, in this case, the researchers had developed India-specific norms in arriving at the conclusion, to minimise possible errors arising out of direct comparison with American standards.

But Agrawal disagrees. He said doing so, just to make 90 per cent of Indians feel that they have normal lung capacity, would be a “disservice”.

“Only if people are told they are at higher risk will they focus on nutrition, lifestyle. Of course, air pollution is one part of the story. The study I have undertaken will bring out whether we have genuinely healthy small lungs or diseased lungs,” he said.

A report released by the Centre for Science and Environment (CSE) yesterday says every third child in Delhi has impaired lungs.

CSIR-IGIB is an institute of Council of Scientific and Industrial Research (CSIR), engaged in research of national importance in the areas of genomics, molecular medicine, bioinformatics, proteomics and environmental biotechnology.