Let the rain that is sweet fall: In Nagaland there are many names for rain

In Nagaland, where there are as many names for rain as the Eskimos have for snow, the wise learn early to read the clouds. 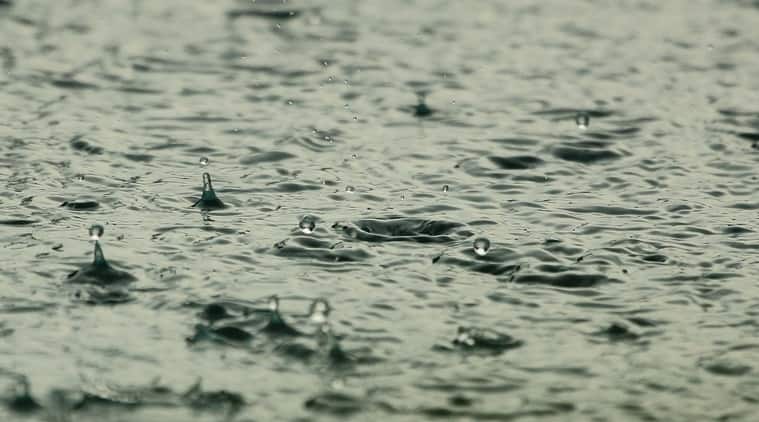 (A prayer for rain in the Chokri language, by a priest in Thevopisü village, Nagaland)

When you grow up in a place where it rains five months a year, wise elders help you to get acquainted with the rain early. They teach you that it is ignorant to think it is the same rain falling every day. Oh no, the rain is always doing different things at different times. There is rain that is gentle, and there is rain that falls too hard and damages the crops. Hence, the prayer for the sweet rain that helps the crops to grow.

The monsoon in the Naga hills goes by the native name, khuthotei (which means the rice-growing season). It lasts from May to early or mid-October. The local residents firmly believe that Durga Puja in October announces the end of rain. After that, one might expect a couple of short winter showers, and the spring showers in March and April, with their smell of petrichor. Finally, comes the “big rain” in May, proper rainstorms accompanied by heart-stopping lightning and ear-splitting thunder. I have stood out in storms looking at lightning arc across dark skies, a light-and-sound show that can go on for hours. Perfect bolts.

This is the season when people use the word sezuo or süzu to refer to the week-long rains, when clothes don’t dry and smell of mould, when fungus forms on the floor and when you can’t see the moon or the stars for the rainclouds.

But you learn not to complain. Rain, after all, is the farmer’s friend and brings food to the table. Naga rituals and festivals centre around the agricultural rhythm of life, which is the occupation of about 70 per cent of the population.

The wise learn to read its ways. I grew up hearing my grandfather say, “It’s very windy this year. We’ll get good rain.” If the windy season was short and weak, he worried there might not be enough rain for the crops. I learned the interconnectedness of the seasons from childhood, and marvelled at how the wind could bring rain. Another evening, many rainy seasons ago, my paternal aunt spied the new moon and fussed, “Its legs are in the air, we’re in for some heavy rain.” She was right. That week, a storm cut off power lines and brought down trees and bamboos.

A major festival of the Ao tribe called Moatsü — which means “young rice stretching” — is celebrated in May. Rice being the staple crop of the region, rice-growing rain is vital. The harvest festival, which comes at the end of all the agricultural labour, is celebratory and allows people to take a well-deserved rest from their hard work. They feast, marry, give thanks to the creator-deity and store grain for the following year. But minor festivals punctuate the agricultural year to ensure that farmers get little breaks to rejuvenate themselves, and give them something to look forward to in the midst of the ceaseless rain. The hardy villagers work in the sun and rain, both of which are merciless towards the workers:

The Eskimos boast of having a hundred names for snow. Norwegians in the north can describe all kinds of snow by an equal amount of names: pudder, powder snow, blaut snø, wet snow, slaps, extra wet snow, snøkyng, tight snowfall, tørrsnø, dry snow, and at least 95 more categories of snow. Likewise, Nagas have names and names for rain. Some are common, some are passing into history.

Nuoba teirü, mud rain, is the rain that suddenly falls on a perfectly sunny day.  Tülümhüzü is the Chokri name for rain that comes as a short thunderstorm, darkening the skies in seconds but spending itself quickly. (Most of the rain-names here are from the Chokri language (spoken by the Chakesang tribe). The pre-monsoon rains go by the name, Garunyi sö Süzu. When someone calls it by this name, it means the monsoons are not far behind at all.

The rains are also called after flowering plants and people believe that the blossoming of those plants draws out rain. Once the monsoons set in, field work is carried out in earnest and the work of uprooting and transplanting paddy in flooded terrace fields is done. The months of intensive labour are June, July and August. In August, as the phrogü plant begins to bloom, a rain will fall. This August rain, also called phrogü, is a sign that the time for cultivation is over. If any new grain seeds are sown, they may not sprout; even if they do sprout, they are not likely to bear grain. The rain acts as a kind of farmer’s almanac.

The urban population of school-goers and office-goers naturally dislike the monsoon and its accompanying problems of landslides, muddy streets and periodic infections. For non-farmers, the month of September can be depressing, when the rainfall is incessant and the awareness persists that the monsoons will last out till October.

One needs to have the heart of a farmer to remain grateful for the watery days, and be able to discern — from what seems to the uninitiated as a continuous downpour — the many kinds of rain. Some of the commonly known rain-weeks are called satare, cienare, gaziere and rüciere — named after ciena, sata, gazie and rücie, all plants that alternately bloom in August and September. The native belief is that the flowers draw out the rain.

Each rain period has a job to fulfil: October rain is also called shemüre süzu. This rain helps garlic bulbs to form. Kümünyo Rüce Süzu is another rain that has the same function. Kümünyo is glutinous rice, and the rain helps the rice bear grain. Without it, the ears of rice cannot form properly. End October is the most beautiful month in the Naga hills, as the fields turn gold and wild sunflowers bloom over the slopes, all heralding the harvest. Prayers go up for protecting the fields from storms, and the rains are called back because the grain needs to stand in the sun and ripen. The cycle nears completion a few weeks before the harvest, and the rain does retreat so thoroughly from the reaped furrows that the earth quickly turns hard. The months of rain become a distant memory until it starts all over again.

Easterine Kire is the writer of When the River Sleeps.

Down in jungleland: The greatest show on earth and why you should join the celebrations