Kumbh Mela 2021 dates: Everything you need to know

Kumbh Mela 2021 dates: 'Kumbh' essentially means pot or pitcher, and 'mela' means a fair. Kumbh Mela, therefore, means the celebration of the pot, specifically relating to the pot of nectar as per Hindu mythology Kumbh Mela 2021 dates: India is a vast land of many different cultures, traditions, rituals, and festivals. One such important festival is the auspicious Kumbh Mela pilgrimage that happens once every 12 years, and whose exact time and place depend on astrological predictions of planetary movements and religious considerations. This year, the Maha Kumbh Mela will begin January 14 and continue till April 27 in Haridwar.

In December 2017, UNESCO had included the event in its list of Intangible Cultural Heritage of Humanity. But why do Indians celebrate, what is identified as, the largest religious gathering in the world?

The legend of Kumbh

‘Kumbh’ essentially means pot or pitcher, and ‘mela’ means a fair. Kumbh Mela, therefore, means the celebration of the pot, specifically relating to the pot of nectar as per Hindu mythology. The legend goes like this: once gods or devas were stripped of all their powers. In order to regain their strength, they agreed with the demons or the asuras to churn the primordial ocean of milk for ‘amrit‘, the nectar of immortality. The deal was to share the nectar equally. Unfortunately, the devas and the asuras could not come to a consensus and fought with each other for 12 years! During this time, the celestial bird Garuda flew away with the kumbh that held the nectar. It is believed that its drops fell on four prime places where Kumbh celebrations happen today on a rotational basis — Prayag (Allahabad), Uttar Pradesh; Haridwar, Uttarakhand; Nashik, Maharashtra; and Ujjain, Madhya Pradesh.

Essentially a Hindu festival, Kumbh Mela takes place on the banks of the Godavari river in Nashik, the Shipra river in Ujjain, the Ganges in Haridwar, and the confluence of the Ganges, Yamuna, and the mythical Saraswati river in Prayag. The confluence is referred to as the ‘Sangam‘.

How the dates are decided

As mentioned earlier, astrological predictions and religious considerations play a role in deciding the mela dates. So, while technically, it is to be held in each of the aforementioned locations once every 12 years, sometimes, the mela can happen only a year apart at the sites. It should also be known that in between, around the sixth year, the Ardh Kumbh Mela (also known as the half mela) is held. In addition to that, in Allahabad, every year the Maagh Mela is celebrated in the month of Maagh (mid-January to February, as per the Hindu calendar) at the Sangam. This Maagh Mela is also referred to as the Ardh Kumbh Mela and Kumbh Mela when it happens in the sixth and twelfth years, respectively.

Kumbh Mela in Haridwar is being held after 11 years — not the usual 12 — because of specific auspicious dates. In fact, this is the first time in 80 years that such a phenomenon has happened. 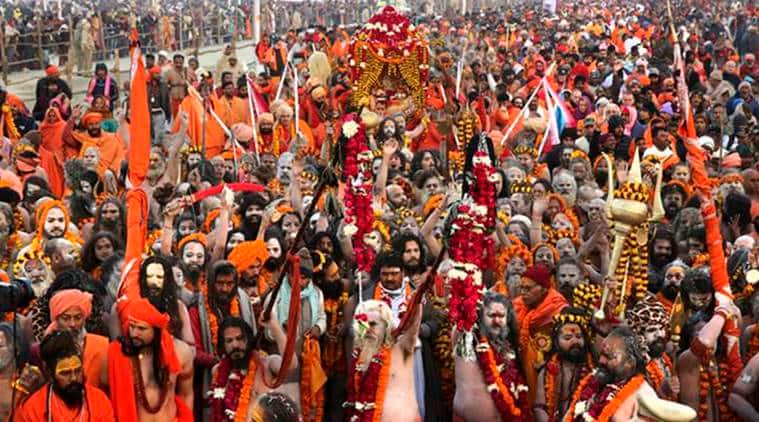 Kumbh Mela attendees in the past. (AP Photo)

Taking a holy dip/bath is the most important of all rituals. The Hindu community believes that immersing themselves in the sacred waters — on the auspicious day of the new moon — will absolve them of their sins, and end the cycle of birth and death. As such, pilgrims start lining up from as early as 3 am to bathe on the day.

If you are looking to participate in the pilgrimage, you can either fly to Haridwar — the Jolly Grant Airport in Dehradun serves as the nearest airport — or take a train, since the Haridwar Railway Station is well connected with all major cities and towns of the country. Additionally, you can also reach the city by road, especially if you are journeying from any of the northern states like Delhi, UP, Punjab, Haryana, Himachal, etc.

Some 800 hotels and 350 ashrams in Haridwar have been prepared to accommodate approximately 1.25 lakh pilgrims on any given day during the Kumbh. While the tourism department was expecting around 10 crore pilgrims, restrictions imposed to ensure social distancing has curtailed the figure.

Additionally, a 156-sq km ‘mela area’ has also been demarcated in three districts of Haridwar, Dehradun and Pauri Garhwal, for people associated with hospitality, tourism and civil supply, and adjoining areas of western UP, to get business during this time. 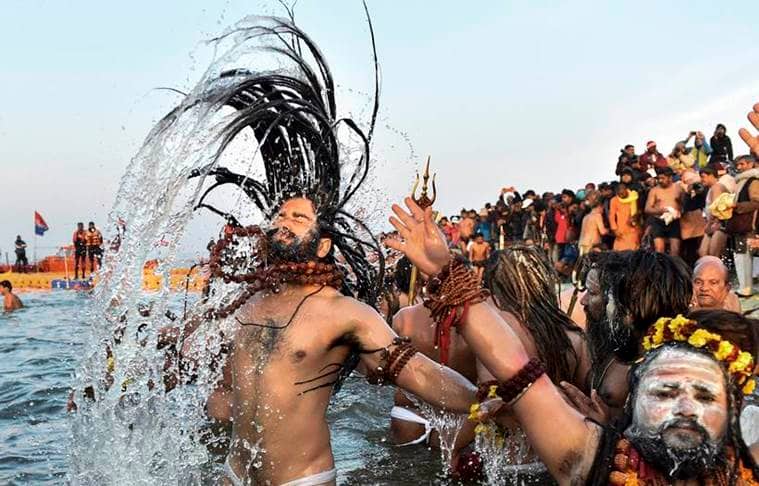 Pilgrims keen on taking a holy dip on any of the four shahi snan dates will have to make an online booking in advance. (PTI photo)

This year, the pandemic has imposed restrictions on the congregation. Every year, tourists visit the holy sites in large numbers, but this year, they may have to exercise a lot of caution.

Multiple news reports suggest that all the 107 bathing ghats (steps leading to the river) will be divided into colour-coded zones: red, green and yellow, according to vulnerability. Additionally, the GIS mapping of the entire area has been done, and if there is a crowd at any particular site above the permissible limit, the control room will be alerted, and the information will be relayed to security teams. The crowd capacity of each ghat has also been assessed.

Pilgrims keen on taking a holy dip on any of the four shahi snan dates will have to make an online booking in advance, and get an e-pass for entry. Additionally, pilgrims may only be allowed to spend a few minutes in the water in designated areas.

When Priyanka was ‘lean, mean and all of 17’