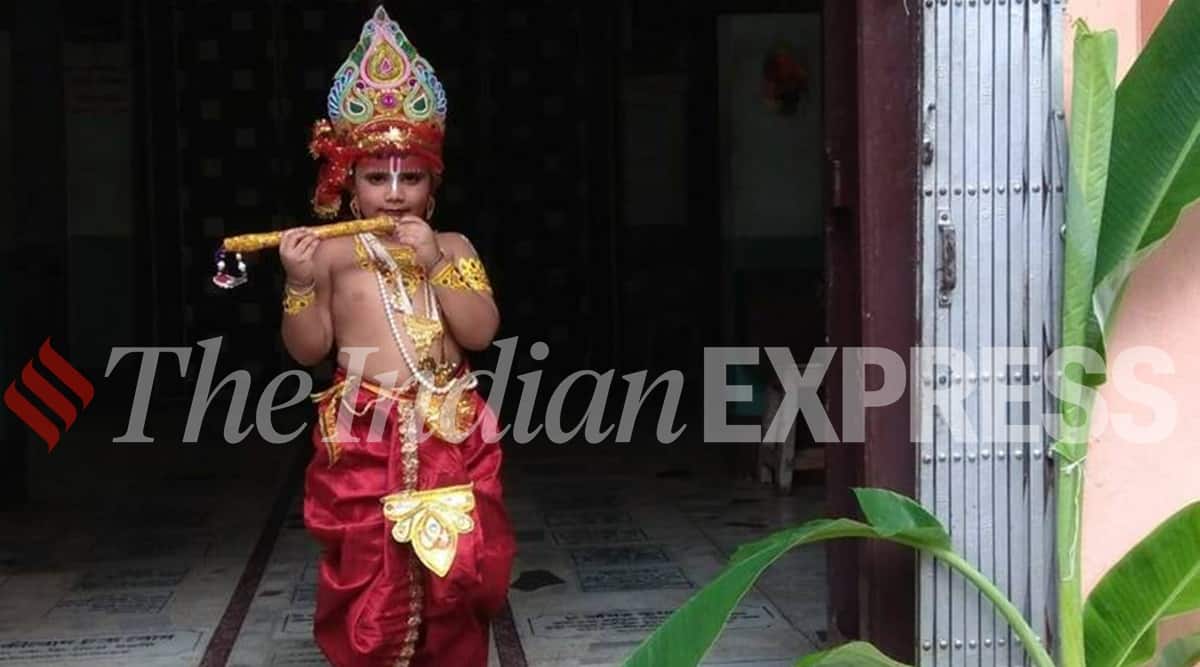 Krishna Janmashtami 2020 Celebrations Live Updates: The birth of Lord Krishna, believed to be the eighth avatar of Lord Vishnu, is celebrated every year with much fervour. Called Janmashtami or Gokulashatami, it is usually observed on the eighth day or Ashtami of the Krishna Paksha in the month of Shravan or Bhadrapad. This year, Janmashtami falls on August 30, 2021.

Krishna puja is usually conducted at midnight; the ritualistic puja includes 16 steps which are part of the Shodashopachara puja vidhi.

Believed to be one of the most powerful incarnations of Vishnu, Krishna was born in a dungeon in Mathura where his parents were imprisoned. Owing to a threat to his life, he was swiftly taken to Gokul to be raised by his foster parents, Nanda and Yashoda.

However, owing to the pandemic, the festivities are expected to be restricted.

Devotees celebrated Janmashtami, which marks the birth of Lord Krishna, across West Bengal on Monday by following COVID-19 protocols.

The ISKCON temples at the global headquarters at Mayapur in Nadia district were brightly illuminated and pujas were held since morning but entry of devotees like past year was regulated considering the COVID-19 situation.

Best wishes to all on the auspicious occasion of #Janmashtami.

May Lord Krishna bless everyone with happiness, good health and prosperity.

The major attraction this year was the offering of close to 400 "Kalashas" (pitchers) to Lord Krishna by the devotees, he said. Daylong puja was also conducted at the Albert Road compound of ISKCON Kolkata.

The Birla temple in the city as well as other Radha Krishna temples here and in the districts were decorated, but the huge crowd seen till 2019 was missing.

Chief Minister Mamata Banerjee tweeted "Best wishes to all on the auspicious occasion of #Janmashtami." "May Lord Krishna bless everyone with happiness, good health and prosperity."

In a tweet in Hindi, Governor Jagdeep Dhankhar also wished all on the pious occasion of Janmastami.

May lord Krishna steal your worries and fill you up with happiness and success! ❤️#HappyKrishnaJayanthi pic.twitter.com/MOxXWCh8KQ

Wish your loved ones

Here are some wishes and cards which you can share with loved ones and other fellow devotees. We wish you a happy and prosperous Krishna Janmashtami! Read More Here

Mouni Roy wishes everyone on the auspicious occasion

Actor Mouni Roy took to Instagram to to wish her fans and followers on the joyous occasion of Lord Krishna's birth.

The festival of Janmashtami was celebrated enthusiastically at various temples of Mathura on Monday.

The Covid protocols were largely ignored and most devotees were seen not wearing masks or following social distancing.

While there was an early morning gathering of devotees at the Sri Krishna Janmasthan, as the day progressed, the crowds swelled in Vrindavan where the festival was celebrated at three temples during the daytime. 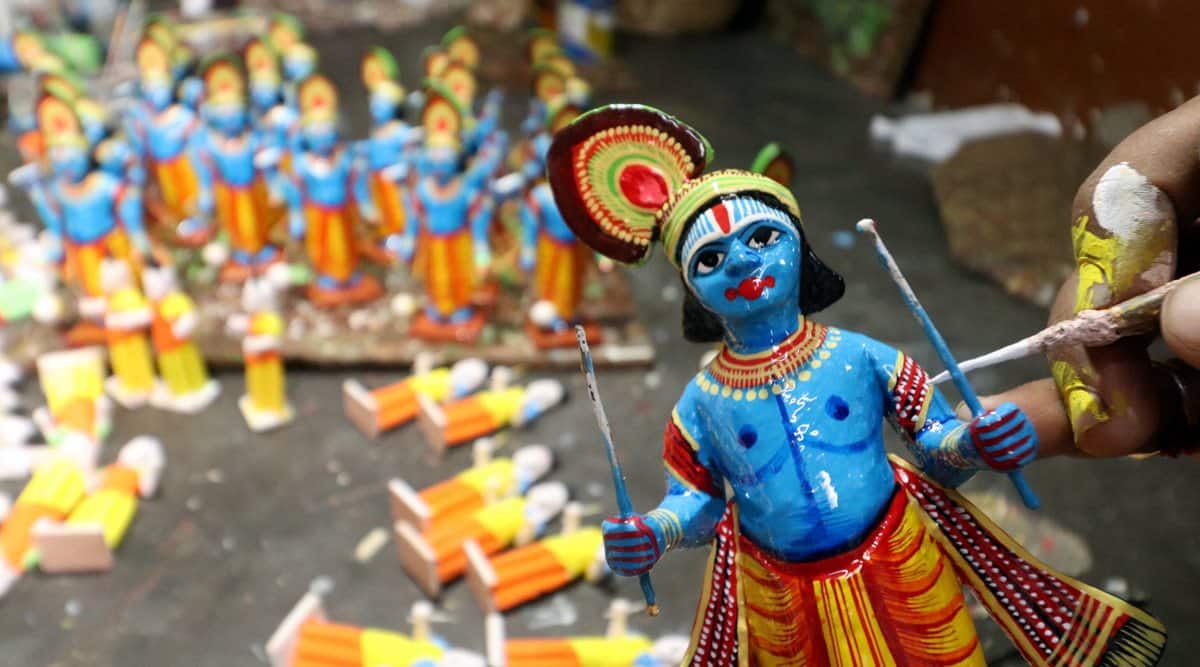 Hundreds of devotees attended the "abhishek" (bathing ceremony) of the deity at the Dwarkadhish temple, Rakesh Tewari, the public relations officer of the temple, said.

A total of 27 quintals of curd, milk, honey, khandsari, ghee and a paste of herbs were used for performing the bathing ceremony of the deity, Dinesh Chandra Goshwami said. After the "abhishek" ceremony, the "charnamrit" was distributed among the residents of Vrindavan and the pilgrims coming from different places.

The highlight of the "abhishek" ceremony at the Radha Damodar temple was playing Holi with a mixture of turmeric and curd to mark the birth of Lord Krishna.

Janmashtami was also celebrated at the temples of Nandgaon, Goverdhan, Baldeo, Jatipura, Barsana and at other temples of Vrindavan and Mathura and no untoward incident was reported, according to Senior Superintendent of Police Gaurav Grover. (PTI)

Delhi will see muted Janmashtami celebrations this year with devotees not being allowed to visit religious places as part of the preventive measures to curb the spread of COVID-19.

In the absence of any visitors, religious places, including the Kalkaji temple, the Chhatarpur temple and the Birla Mandir here, have scaled down the celebrations in terms of programmes and decorations, focussing only on the rituals that mark the birth of Hindu god Krishna. Read more here

Kerala Governor Arif Mohammed Khan and Chief Minister Pinarayi Vijayan on Monday extended their wishes on the occasion of Janmashtami, the day when Lord Krishna is believed to have been born.

At Guruvayur Temple in Thrissur where the occasion is celebrated with much pomp and splendour, this year, due to the COVID-19 restrictions, only 500 devotees who booked darshan online would be allowed for worship, the Guruvayur Devaswom told PTI.

It also said that no special puja or event is being organised in view of the COVID restrictions.

The Governor took to Twitter to extend his wishes on the auspicious day.

'My best wishes to the people of Kerala on the occasion of #SreeKrishnaJayanti. Stories and songs on Lord Krishna's life and message continue to guide us towards greater moral & spiritual development,' he tweeted.

The Chief Minister posted his wishes on his Facebook page where he said, 'Sri Krishna Jayanti is a day of outreach, love and brotherhood during the pandemic. May this day bring the goodness of Krishna's concepts, sense of justice and kindness to the helpless to the hearts of the whole society. Happy Sri Krishna Jayanti to all.'

Later in the evening, Balagokulam - a forum for children under the aegis of RSS - will be holding a 'shobha yatra' to celebrate the auspicious day. (PTI)

No Indian festival is ever complete without sweets and desserts. It is almost considered sacrilegious. The occasion of Janmashtami, which celebrates the birth of Lord Vishnu incarnate, Lord Krisha, is no different. 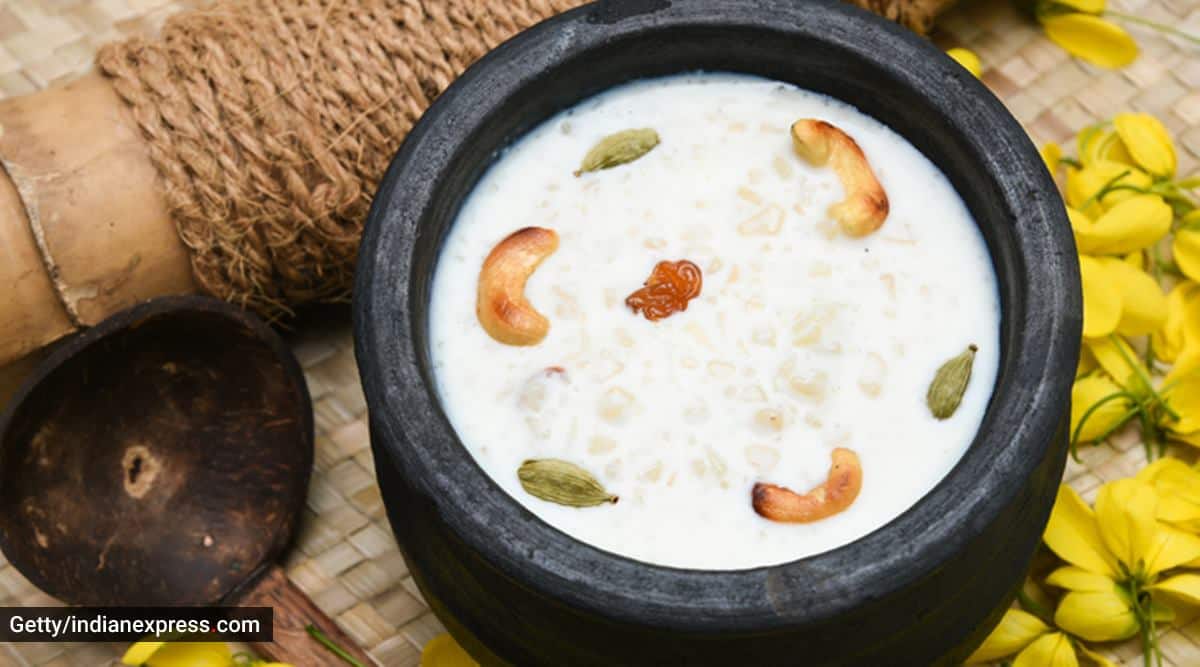 During the festival, people across the country prepare sweets and serve it to the God, following which they eat it themselves, too. For people with diabetes, however, it is a necessary sacrifice they have to make for their health, by staying away from sweets. But we've got you covered with these delicious recipes. Check them out here.

Bike desks help Mexican students learn while burning calories
Explore these 5 destinations in North India for a romance-filled Valentin...
Happy Valentine’s Week Days 2023: Wishes Images, Quotes, Status, Greeting...
Check out Sidharth Malhotra’s dashing looks in traditional wear
Have a great time with your fur babies at these pet-friendly cafes in Del...
More from Lifestyle >>
Wish your loved ones with these images, quotes, messages, status, and photos

Krishna Janmashtami, or simply Janmashtami, is the celebration of the birth of Lord Krishna, a Lord Vishnu — one of three of the holy Hindu trinity — incarnate and one of his most significant and revered avatars. This year, it is being celebrated on August 30, a Monday. As such, here are some wishes and cards which you can share with loved ones and other fellow devotees. We wish you a happy and prosperous Krishna Janmashtami! Read more here

Actor Sameera Reddy, took to Instagram, to wish fans on Janmashtami with an adorable picture of her son decked up as Lord Krishna.

President Ram Nath Kovind extended his greetings on the auspicious occasion of Janmashtami.

Janmashtami 2021: Extend heartwarming greetings to your loved ones on this auspicious day

Janmashtami is an extremely important festival that is celebrated with much fervour. Believed to be the eighth avatar of Lord Vishnu, Krishna is praised and prayed to by devotees on this auspicious day.

Celebrate and spread the festive cheer of Janmashtami through these special messages and wishes.

Extending greetings on Janmashtami, Vice President M Venkaiah Naidu on Monday urged people to perform their duties with utmost sincerity and to walk the path of righteousness.

He also asked people to celebrate the festival in a modest way, strictly adhering to Covid-appropriate behaviour.

Janmashtami, Naidu observed, is celebrated to mark the birth of Lord Krishna, who is worshipped as Lord Vishnu's eighth incarnation.

"Lord Krishna's eternal message, as expounded in the Bhagwad Gita, to discharge our duties with sincerity and without attachment to the outcomes, has been a source of inspiration for all of mankind," he said, adding that on this auspicious day, "let us all resolve to perform our duties with utmost sincerity and to walk the path of righteousness".

While Janmashtami is usually celebrated across the country with great traditional fervour, people need to be cautious this year in light of the pandemic and celebrate the festival in a modest manner, strictly adhering to Covid-appropriate behaviour, the vice president said.

"May this Janmashtami bring peace, harmony and prosperity in our country," he hoped. (PTI)

PM Modi spoke about Janmashtami in his address on #MannKiBaat 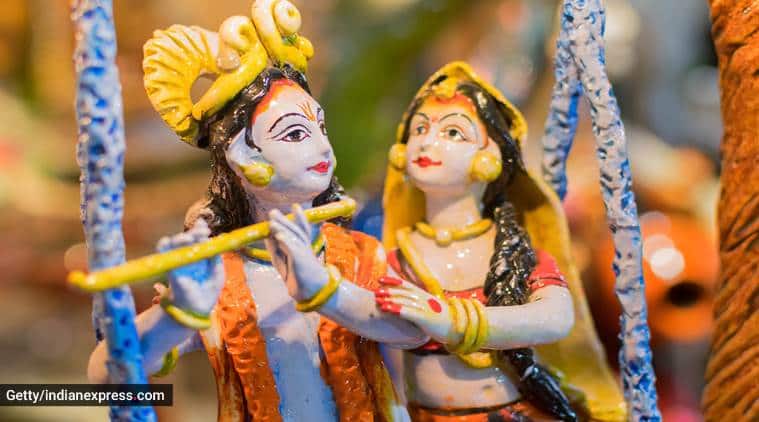 Many events take place to mark the important occasion, including dance-drama enactments of the life of Krishna according to the Bhagavata Purana (such as Rasa lila or Krishna Lila), devotional singing through the midnight when Krishna was born, fasting (upavasa), a night vigil (ratri jagaran), and a festival (mahotsava) on the following day.

According to Hindu mythology, Lord Krishna and his friends used to form human pyramids to break pots hung from the ceilings of neighbourhood houses in order to steal curd and butter in Vrindavan, a village in Uttar Pradesh. To keep up with that tradition on this day, youngsters, called govindas, attempt to break the dahi handi by forming human pyramids.