Big on hugs, not knowing how to curtsy: Royal protocols Meghan broke during first meet with Harry’s family

Before they met in person, Harry saw Meghan virtually. The duke said a mutual friend set them up after he saw a video of the actor with a puppy filter on her face, circa summer of 2016 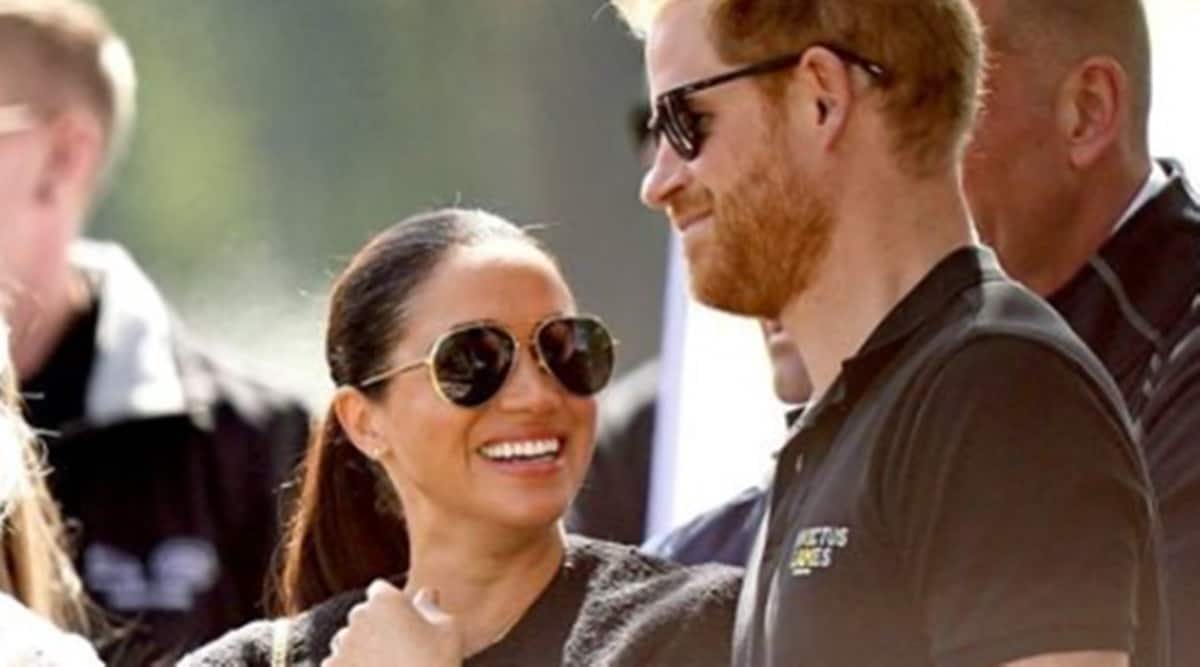 Meghan Markle said a mutual friend had emailed her to tell her that 'Prince Haz' had asked about her, to which she had wanted to look at his Instagram feed. (Photo: Instagram/@dukeandduchessofsussexdaily)
Listen to this article
Big on hugs, not knowing how to curtsy: Royal protocols Meghan broke during first meet with Harry’s family
x
00:00
1x 1.5x 1.8x

The Duke and Duchess of Sussex, Prince Harry and Meghan Markle, have dropped their Netflix documentary, which is a rather explosive insight into their life from early days of their courtship to marriage and after, and all the distressing encounters that led to them stepping down from the role of senior royals within the institution and relocating to the US.

For Meghan, a former actor, there were far too many challenges, some of which were British royal family protocol-based, and others were purely cultural. There were, however, some cute moments in their relationship, too, including how they met.

In one of the episodes that dropped on the streaming site, Harry and Meghan shared for the first time that they met on the photo-sharing app Instagram. What really happened was that before they met in person, Harry saw Meghan virtually. The duke said a mutual friend set them up after he saw a video of the actor with a puppy filter on her face, circa summer of 2016. “Meghan and I met over Instagram. I was scrolling through my feed, and someone who was a friend had this video of the two of them, it was like a Snapchat,” he said.

“That’s what he saw of me,” Meghan added, and a photo of hers with the puppy filter appeared on the screen. Harry added, “That was the first thing, I was like, ‘Who is that?'”

Meghan said the friend then emailed her to tell her that ‘Prince Haz’ had asked about her, to which she had wanted to look at his Instagram feed, stating, “I asked if I could see his feed. That’s the thing, when people say, ‘Did you Google him?’ No, but that’s your homework. Let me see what they are about in their feed. Not what someone else says about them, but what they are putting out about themselves.”

In another episode, the duchess joked about royal protocols and curtsying to Queen Elizabeth II, who was Prince Harry grandmother and UK’s longest-reigning monarch. In her defence, it was the first time she was meeting with the queen and was unaware about how one should bow. “My grandmother was the first senior member of the family that Meghan met. She had no idea what it all consisted of. So it was a bit of a shock to the system for her,” Harry said in the episode.

Meghan recalled the “surreal” moment. “It wasn’t like some big moment of like, ‘Now you’re going to meet my grandmother’. I didn’t know I was going to meet her until moments before… And I remember we were in the car and we were driving up and he’s like, ‘You know how to curtsy right?’ And I just thought it was a joke.”

Harry added that it was difficult to explain “especially to an American” that she had to bow to his grandmother as a form of courtesy. Comparing the gesture to “Medieval Times, Dinner and Tournament”, which is a ‘dinner theatre’ with staged medieval-style games like jousting, the duchess shared that while she understood the royal protocol after meeting the queen, she ended up curtsying in a theatrical manner, showing to the camera her stance with her head bowed and her arms spread wide. “Pleasure to meet you, Your Majesty…”

This is the moment that Meghan describes meeting the late Queen Elizabeth for the first time and how she did not understand why she needed to curtsy to Harry‘s grandmother…
He looks a little uncomfortable about the whole thing#HarryandMeghan pic.twitter.com/H9qr7DqwHq

An Independent report, while referring to the royal family’s website, mentioned that there were “no obligatory codes of behaviour when meeting the Queen”, but that people wish to to “observe the traditional form” which, for women, is a “small curtsy”.

Meghan also had a bit of an awkward encounter with the Cambridge royals, who are now the Prince and Princess of Wales, Prince William and Kate Middleton. She revealed that she learnt about the “realities of royal life” after meeting them. “When Will and Kate came over and I had met her for the first time, they came over for dinner. I remember, I was in ripped jeans and barefoot.”

The duchess added that she was “a hugger, always been a hugger”. “I didn’t realise that that is really jarring for a lot of Brits. I guess I’d start to understand very quickly that the formality on the outside, carried through on the inside,” she said about royal family etiquettes that were followed not just in public, but also indoors.

“There is a forward-facing way of being and then you close the door and you relax now,” Meghan shared about how she expected the etiquette to be left at the door once done with the day of work. “…but that formality carries over on both sides. And that was surprising to me.” “It’s so funny if I look back at it now, because now I know so much,” the mother-of-two said about her knowledge of royal life. “I’m so glad I didn’t then, because I could just authentically be myself without so much preparedness.”

BenQ EH620 review: A ‘smart’ projector with Windows 11 inside