How did the Oscars attendees manage to ditch the mask?

Regina King said the reason people could attend the ceremony in person was because they had been "vaxxed, tested, retested, socially distanced" All the glitz and glamour — that is typically associated with the Oscars ceremony — was present this year, as artistes walked the red carpet, posing for the cameras in their finest ensembles. But, what was surprising — to say the least — was the fact that almost everyone who attended the event, was mask-free. The absence of masks is unthinkable in the post-Covid era, so just how was this achieved?

The 93rd Oscars award ceremony took months of preparation to reach this stage of safety. According to a People magazine report, David Rubin, the president of the Academy of Motion Pictures Arts and Sciences, during the broadcast, said: “The primary goal, really — in this year, where we’ve been facing so many challenges and so many changes — was to actually assure that there will be an event that will honour these amazing filmmakers for their extraordinary work this year, and to do it safely and hopefully to lead the way toward a light at the end of the tunnel where we’ll be able to join our friends and our families and our coworkers at parties and dinners, and ideally in movie theaters, where they can see these films as they were intended to be seen.”

CHECK OUT |Oscars 2021: From Zendaya to Regina King, the best looks we spotted this year 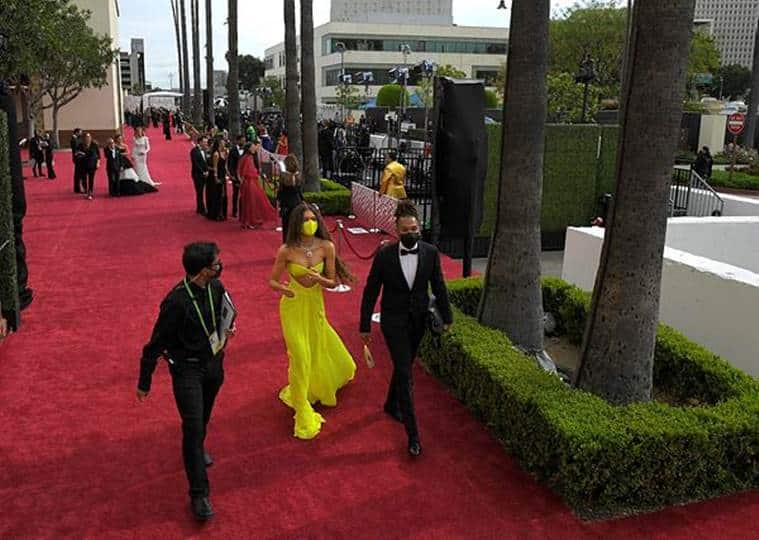 Rubin also thanked the producers behind this year’s ceremony — Jesse Collins, Stacey Sher and Steven Soderbergh — noting that they had organised the event “along with the top epidemiologists.” “They’ve orchestrated an environment that is 100 per cent safe for these nominees and their guests… And we look forward to the rest of the world participating in these kinds of events.”

In other words, a sense of normalcy was achieved in tough times, albeit inside an Oscar bubble.

‘We are doing it maskless’

One Night in Miami director Regina King said the reason people could attend the ceremony in person was because they had been “vaxxed, tested, retested, socially distanced”. Pandemic protocols were still in place, she mentioned, adding that the way things happened, was a reflection of how people resumed shooting for films: “When we are rolling, masks off, and when we are not rolling, masks on”.

The prestigious award ceremony — that saw the presence of several Hollywood A-listers — happened Sunday night in Los Angeles, US.

How are we physiologically affected by bad audio?