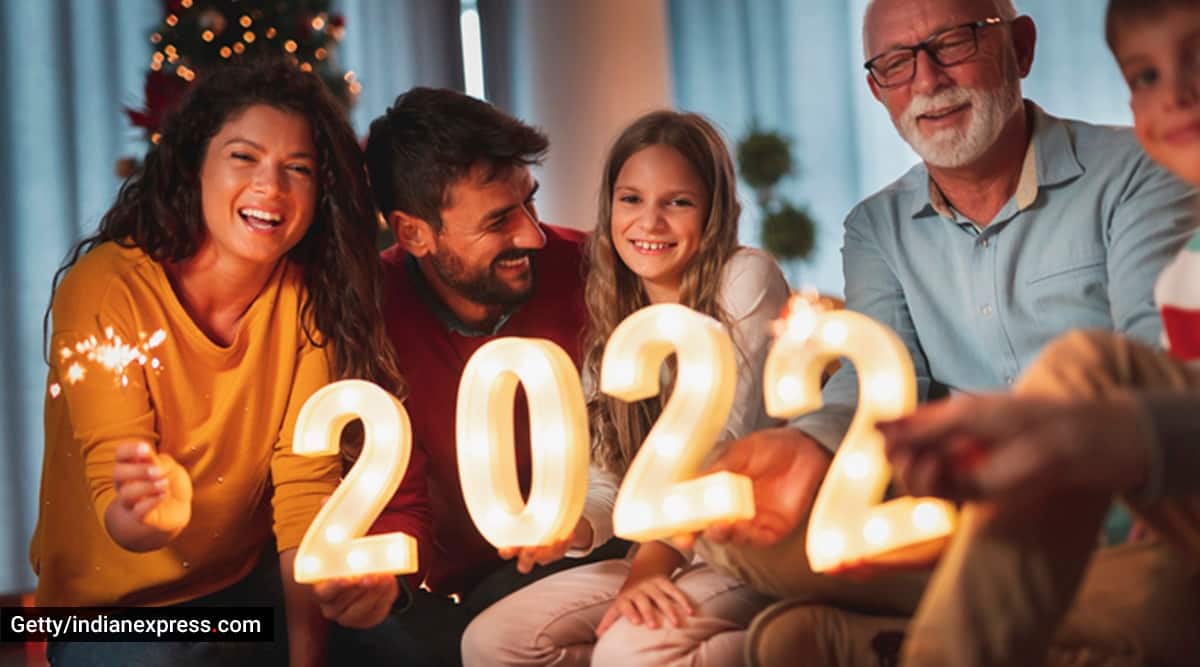 Happy New Year 2022: How will you be celebrating the New Year? (Photo: Getty/Thinkstock)

Happy New Year 2022: New Year’s Day (January 1), as per the Gregorian calendar, is one of the most popular celebrations. Around the world, people commemorate this occasion with family and friends, or have massive gatherings. They decorate their homes, throw parties and bake for their loved ones.

The world welcomes the New Year with much zeal and jubilation. Each person makes new resolutions and plans for the upcoming year.

The new year is thought to have originated in ancient Babylon some 4,000 years ago, in the year 2,000 BC. The Babylonians celebrated the new year with an 11-day celebration called Akitu, which included a different rite on each of the days, on the first new moon after the vernal equinox (typically around late March). The festival commemorated the fabled victory of the sky deity Marduk over sea goddess Tiamat, as well as the act of crowning a new monarch or permitting the previous king to rule.

New Year’s celebrations in many countries begin on December 31—New Year’s Eve—and last until the early hours of January 1. Revellers eat meals and snacks that are considered to bring them good fortune. Watching fireworks and singing songs are traditions that are practised all around the world. The start of a new year is an excellent time to make positive changes. Making New Year resolutions is more popular in the western hemisphere, although it is also practised in the eastern hemisphere. A person makes a pledge to modify an undesired habit or behaviour, or set a personal goal.

Why do we celebrate New Year’s on January 1?

The early Roman calendar became out of sync with the sun over the years, and in 46 BC, emperor Julius Caesar resolved to fix the problem by contacting the most important astronomers and mathematicians of the period. He established the Julian calendar, which is very similar to the more current Gregorian calendar used by most countries today.

Caesar made January 1 the first day of the year as part of his reforms, partially to commemorate the month’s namesake, Janus, the Roman deity of beginnings. Romans commemorated Janus’ birthday by presenting sacrifices to him, exchanging presents, decorating their homes with laurel branches, and throwing wild celebrations. Christian authorities in mediaeval Europe temporarily supplanted January 1 as the beginning day of the year with days with greater religious significance, such as December 25 (the birth anniversary of Jesus) and March 25 (the Feast of the Annunciation). In 1582, Pope Gregory XIII reestablished January 1 as New Year’s Day.