From gold-flecked steak to video of him ‘talking’: The week that was controversial for Salt Bae

While his salt-sprinkling skills may be impressive, everything else that Gokce does seems to land him in trouble 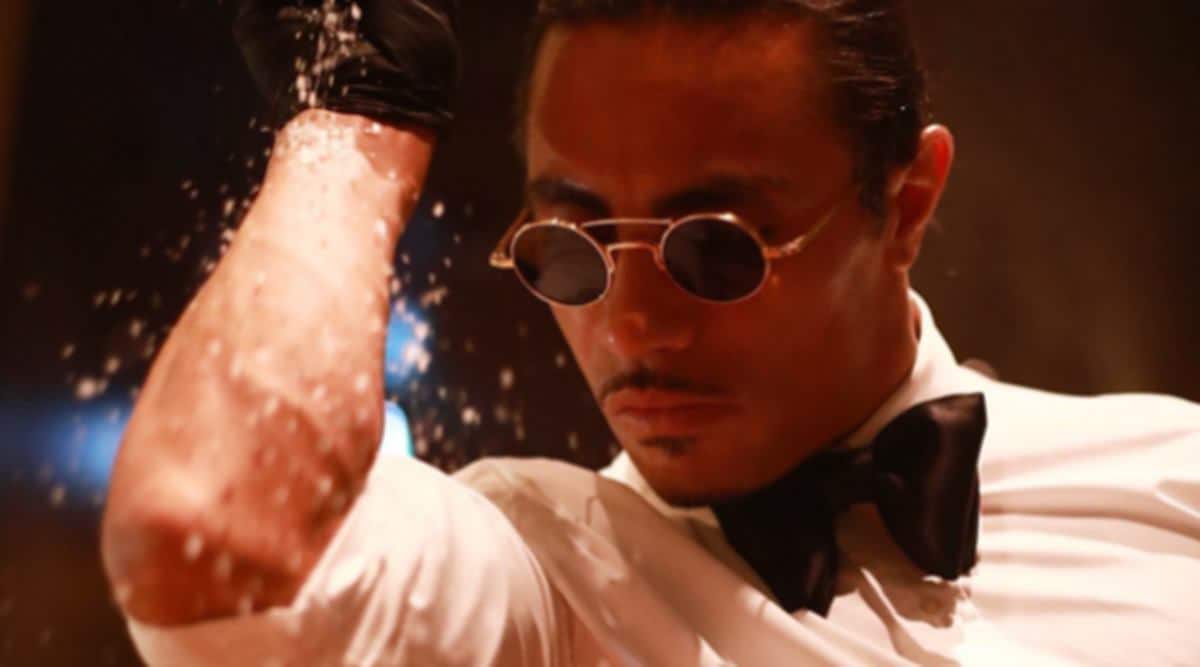 The celebrity restaurateur faced flak when he was heard talking for the first time. (Photo: Instagram/@nusr_et)

Salt Bae has landed himself in the soup (err…steak). He has been making news for a week now, and among the many things that kept him buzzing around the world was the infamous gold-flecked steak that cost him his eponymous hashtag, #saltbae, and the fact that fans heard his voice for the first time and were not too impressed.

Allow us to explain in a sequential manner. Some days ago, Facebook’s parent company unblocked the hashtag ‘#saltbae’ for the celebrity chef, whose real name is Nusret Gokce, after it found that the tag had been blocked around the world.

But why did it happen? A video had been floating — which then also swiftly disappeared — which had Gokce feeding a gold-speckled steak to a senior Vietnamese Communist Party official in London.

Now, why was this controversial? A New York Times report explains that Gen. To Lam ate the steak that was covered in 24-karat gold flakes at the restaurant run by Salt Bae, when he was visiting the grave of Karl Marx. The video sparked anger in Vietnam, for it purportedly challenged the ‘egalitarian’ image which the Communist Party has showcased of the country, the outlet mentions.

When the video was shared on Facebook, it faced pressure from the Vietnamese government and the hashtag ‘#saltbae’ was temporarily blocked. “It paints a sharp contrast about the disparity in living standards in Vietnamese society. Especially during the recent epidemic, when the budget is exhausted and the working people are struggling for survival — such a lavish party of officials is offensive,” Chinh Duong, an architect in Hanoi and a political commentator, was quoted as saying.

Next, the celebrity restaurateur also faced flak when he was heard… talking. As bizarre as this seems, people were not too impressed by his voice. He gushed about London in a video, saying, “Hold on, hold on. I wanna say something about London… London is my big dream. Some day, next day, every day. All the time. I love London. London is different.”

He then proceeded to say, “My English almost like a British”. But, his followers did not enjoy watching/hearing him talk. While one person called it “cringe”, another commented, “I hate the way his lips move.”

Someone else wrote, “I think is best if he never talks

While his salt-sprinkling skills may be impressive, everything else that Gokce does seems to land him in trouble; don’t you agree?