Durga Navami, Ayudha Puja, Saraswati Puja, Durga Puja 2019 Pooja Vidhi, Mantra, Timings Live Updates: Maha Navami, also known as Durga Navami, is an Indian festival that is celebrated on the ninth day of Navratri and the fourth day of Durga Puja. This year, Maha Navami is being observed on October 7. Believed to be the day when Durga defeated the evil Mahishasura, the Navami rituals begin with a mahasnan and a shodashopachar puja.

Other forms of Shakti or goddess Durga that are worshipped on the occasion of Maha Navami are Saraswati (the Goddess of wisdom, arts and literature), Lakshmi (the goddess of wealth) and Parvati (the divine mother). Maha Navami celebrations in India vary from state to state, but the underlying reason for celebration remains the victory of good over evil.

The ninth day of Navratri is also celebrated as Ayudha Puja in states like Sikkim, Andhra Pradesh, Karnataka among others and various instruments are worshipped on this day. Durga Navami is often considered as a resting day and people in various states prepare for the grand celebrations of Dussehra or Vijaya Dashami. Durga Navami is also the day or Ayudha Puja, Saraswati Puja and Kanya Puja in different Indian states.

Grand feasts and pandal-hopping marked the celebrations on Maha Navami - the penultimate day of the five-day Durga puja festival - with revellers seen lining up before prominent pandals in the city, mostly dressed in traditional outfits. At Ekdalia Evergreen and College Square, two of the many big-ticket pujas in the city, people turned up in lakhs to catch a glimpse of the traditional artwork.

Have you wished your loved ones? READ MORE HERE 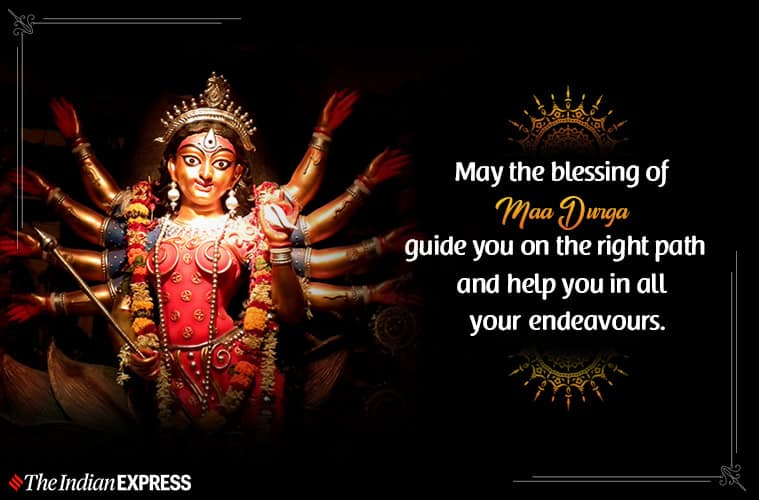 Maha Navami 2019 Special: South of India adds their unique flavour to the celebrations

Have you wished your loved ones? READ MORE HERE Tamil Nadu: People offer prayers at Dhurka Temple in Rameswaram on the occasion of #Navratri pic.twitter.com/s6Z2oKOxqj

'Aarti' being performed at Jhandewalan Temple in Delhi. #Navratri pic.twitter.com/1OAgh7fzSV

Greetings to all on the auspicious occasion of #Mahanavami. My SandArt at Puri beach in Odisha . #DurgaPuja2019 pic.twitter.com/qsdDxWUyRe

Fasting during Navratri doesn’t necessarily involve eating food that does not appeal to your taste buds. Add colour to your celebrations this year with our curated recipes. READ MORE HERE 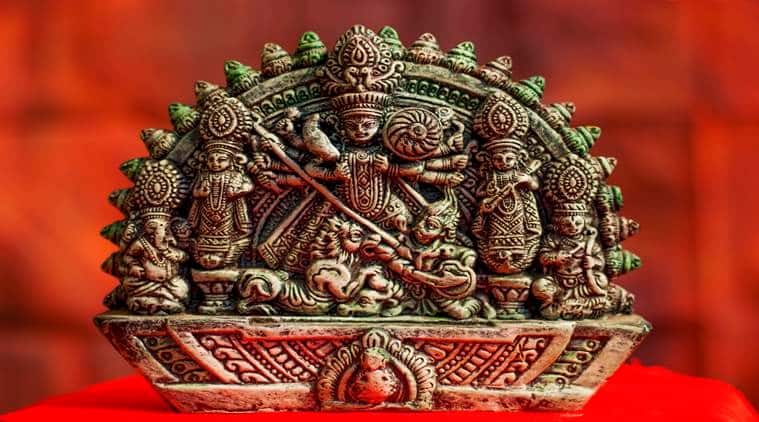 Durga Navami 2019: It is the last day of the festivity and people usually celebrate it with an overwhelming sense of grief. (Source: Getty/Thinkstock)

Mahanavami, which marks the final day of the long drawn battle between goddess Durga and demon king Mahishasura, is the ninth and last day of the Navaratri festival. It is believed that the Goddess defeated the demon king on the 10th day or Vijayadashmi.

On this day, people offer prayers to the goddess and worship her as Mahishasuramardini – slayer of the buffalo demon.