Is confidence the secret to success? Not exactly 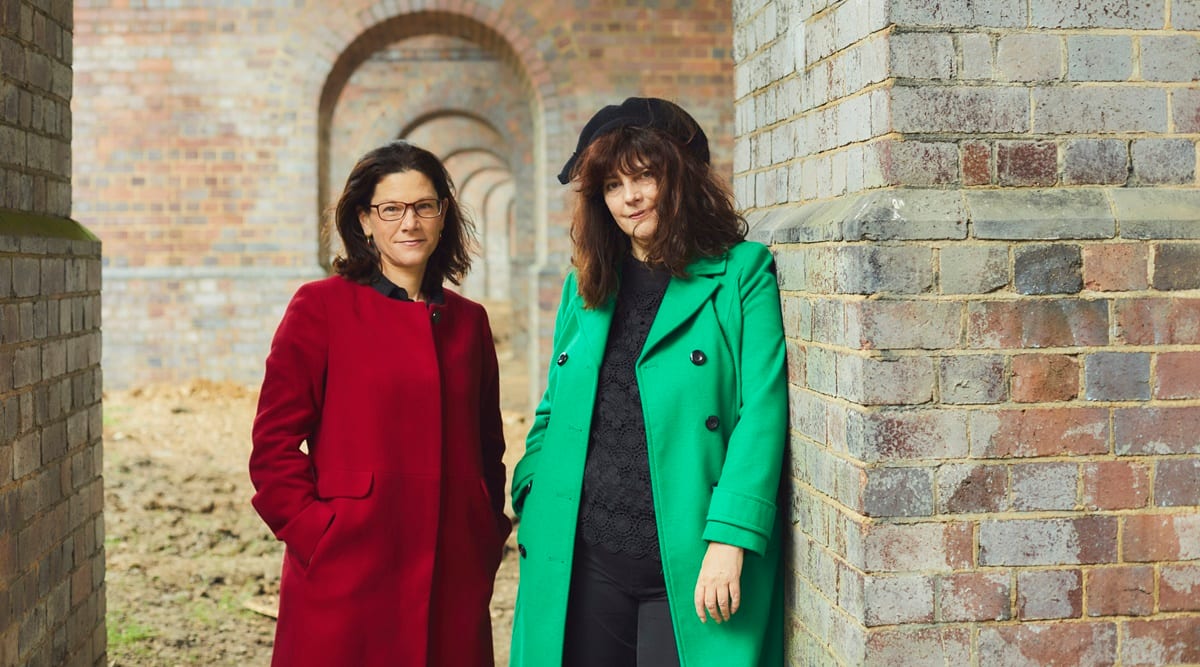 Shani Orgad, left, and Rosalind Gill, authors of Confidence Culture, a feminist cultural critique of the marketing around women's self-esteem, in London. The book, that will be published by Duke University Press on Feb. 9, 2022, skewers the notion that the challenges women face in work, sex, relationships and parenting can be chalked up to self-esteem, rather than to social structures. (Suzie Howell/The New York Times)

Several years ago, Shani Orgad and Rosalind Gill noticed that a common message was being sent to women through advertisements, self-help books, music and other media: The solution to all their problems was to be more confident.

“Whenever we heard a politician, a business leader or someone from a brand talking about inequality, then right there, they would be talking about women’s confidence,” said Gill, a professor of social and cultural analysis at City University of London.

She and Orgad, a professor of media and communications at the London School of Economics and Political Science, started keeping a “confidence basket.”

“We would tear out things from magazines, newspapers,” Orgad said. “We looked at particular genres where these exhortations seem to be particularly prominent: advertising, apps, but also the self-help industry.”

Over time, Gill said, they realized that “inequalities were being explained away through this psychological characteristic of confidence.”

Their research is distilled in “Confidence Culture,” a feminist cultural critique that will be published by Duke University Press on Feb. 9. The book skewers the notion that the challenges women face in work, sex, relationships and parenting can be chalked up to self-esteem, rather than to social structures.

In the interview below, which was conducted on a video call and which has been edited, Orgad and Gill discussed their findings.

Orgad: Our criticism is of the culture that puts the blame repeatedly on women and tells women that the problem is in their psyches and their bodies and their behavior and thinking. We’re not arguing against confidence. It’s a wonderful thing for women to be more confident.

Gill: Confidence culture lets institutions, organizations and wider structures off the hook, because if women are responsible, then we don’t actually have to make any fundamental changes.

What is “Love Your Body” marketing?

Gill: “Love Your Body” marketing was a real departure when it came along. Dove, Nike and L’Oreal were some of the first brands to make that shift to not marketing to women around their insecurities.

There have been lots of critiques around it, not just in academia, but in popular culture, around the fakeness of it — that it uses non-models that look incredibly like models, or techniques like Photoshop or filters. There have also been really, really egregious examples of racism.

We’re critical of the way this type of advertising tends to trivialize the pressure women tend to experience around their bodies. It does show that pain and suffering, but then it blames women, as if the responsibility for the pain is in women’s heads. If they could just buck up and be a bit more confident, the problem would go away.

There’s an example you provide in the book of a Dove commercial called “Patches.”

Gill: Women show up to a fake laboratory to take part in an experiment. They’re given this beauty patch, like a nicotine or hormone patch, and they wear it for two weeks while making a video diary.

In the end, of course, they come back all feeling much better about their appearance, more confident, more comfortable in their skin. And then it’s revealed that the patch had nothing in it.

It seems such a toxic story line for an advertisement because it places all of the responsibility for the painful, injurious nature of our beauty culture on women themselves.

Rather than loosening the pressure on women, all these apparently empowering, confidence-inducing messages actually increase it, because the requirement to look good, to look young, to look beautiful, to have amazing skin, hair, body, teeth has not gone away.

But now, we have the additional pressure to be confident, to be comfortable in your own skin. Not being able to talk about your insecurities is producing a psychic disciplining of women.

The women in the Dove video experience the pain around their insecurities on camera and are told they can overcome it by believing in themselves or using Dove products. In the book, you describe a trend of powerful women speaking about their insecurities in public and how that ties into confidence culture.

Orgad: There’s talk about vulnerability, but not the systemic issues that cause some people to be more vulnerable than others.

If you are in the position that you can come on social media and confess your vulnerabilities, it’s likely that you can talk about it only because it’s already safe in the past.

It’s exclusive to people in power. For most people, who are far less privileged, it’s still a problematic and dangerous thing to be vulnerable that can cost them their jobs. It can have a huge emotional cost.

ALSO READ |By the book: About the body

Gill: The confidence messages directed at men are much more about the outward manifestations of confidence. They’re about performance and success and achievement.

For men, it’s actually about getting more dates, getting on better at work, climbing the ladder in some way, but it’s not premised on the idea that they have a deficit in confidence that’s somehow linked to inequality.

Does confidence culture express itself as feminist?

Orgad: The versions of feminism that confidence culture deploys are highly individualistic, and they’re really unlike feminism as a political movement.

These mantras — “lack of confidence is holding you back” or “you’re your own worst enemy” — are exemplifying how it’s a very particular version of feminism that has become popular that causes women to undertake this very intensive work on the self, ranging from how they look and feel and communicate and occupy space.

It’s a version of feminism that’s upbeat and positive. It celebrates women’s achievements, which is great, but, in a really troubling way, it disavows the very sentiments that have propelled feminism for decades: anger, disappointment, rage, critique. Those feelings that are now cast as negative and poisonous.

UP elections: Campaigning for first phase ends, all eyes on Jat stronghold