Sunscreens not only shield but also keep the skin looking young and healthy, says an expert. 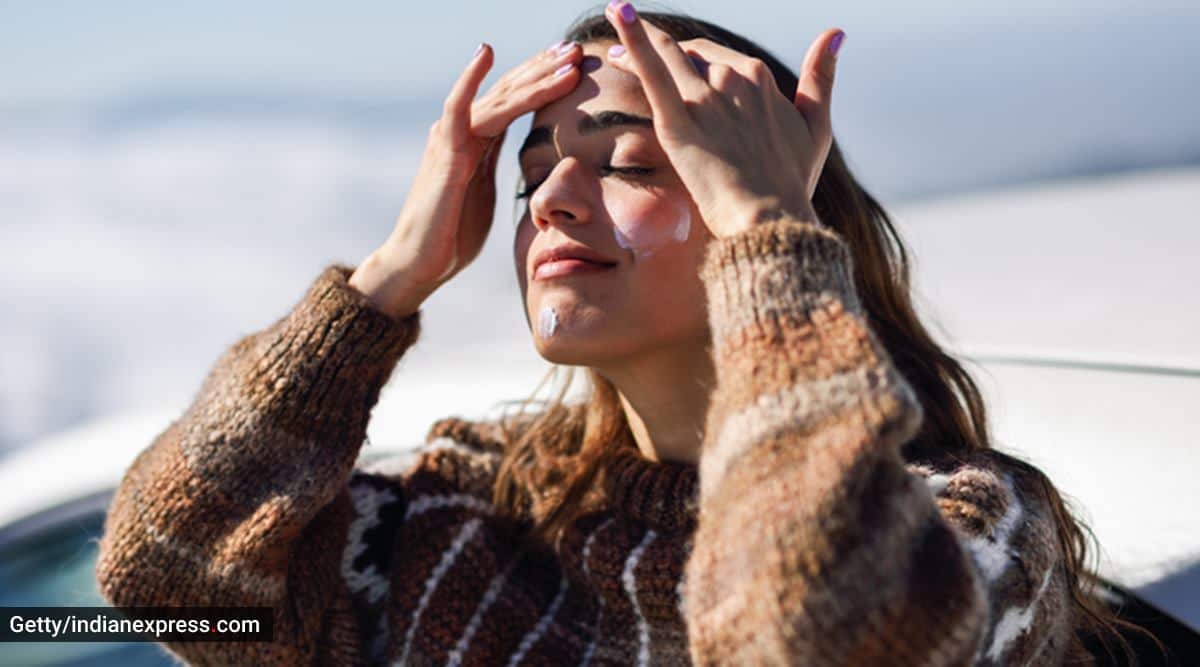 Due to prolonged exposure to the sun and blue light rays, the skin faces issues like free radical damage that results in faster aging. Sunscreen can prevent this. (Photo: Getty/Thinkstock)

There are many skincare myths surrounding sunscreens — that we do not require them when indoors, or that there is no necessity for them in winters, because the weather is not scorching. But, there is an absolute need to wear sunscreens and experts have long been advocating for it.

As we enjoy the winter season with our tea and snacks, and occasional coffees, Dr Gagan Bhatia, founder of Uniqaya and a naturopath, stresses on the importance of applying sunscreen lotion. She says it not only shields but also keeps the skin looking young and healthy. “Wearing sunscreen before you step out in summers makes sense, as it protects from sunburns, tanning, and UV rays. But one should always wear sunscreen in winters, too.”

ALSO READ |This winter, manage your skin woes with these Ayurvedic remedies

* Thin ozone layer: During winters, the ozone layer is at its thinnest which means it absorbs less ultraviolet rays and thus increases UV exposure to the skin. These radiations harm skin as they cause premature aging, wrinkle, and pigmentation.

* Low moisture: Due to low moisture and harsh winds during winter, the skin becomes dry which increases cracks, wrinkles, and infection. Using sunscreen helps to maintain moisture levels of the skin.

* Indoor lights: Not only outdoors, but our skin is also exposed to harmful rays indoors. Harmful rays from gadgets — blue light — cause skin damage. Hence, it is important to wear sunscreen with appropriate SPF and blue light protection whether there is sunlight or not.

* Early signs of aging: Due to prolonged exposure to the sun and blue light rays, the skin faces issues like free radical damage that results in faster aging. This makes it sensitive to certain issues like degradation of pre-existing collagen and broken elastin fibers that can lead to the skin becoming thin, resulting in wrinkles and fine lines. Sunscreen helps in reducing early signs of aging and simultaneously gives a hint of glowing complexion.

* Pigmentation: Pigmentation refers to the dark patches on the skin due to excess melanin production which occurs due to constant exposure to sun rays, dirt and pollution. Using sunscreen helps to protect the skin from pigmentation caused by harmful UV rays.