Adele goes live on Instagram, talks about her favourite food, reading and much more 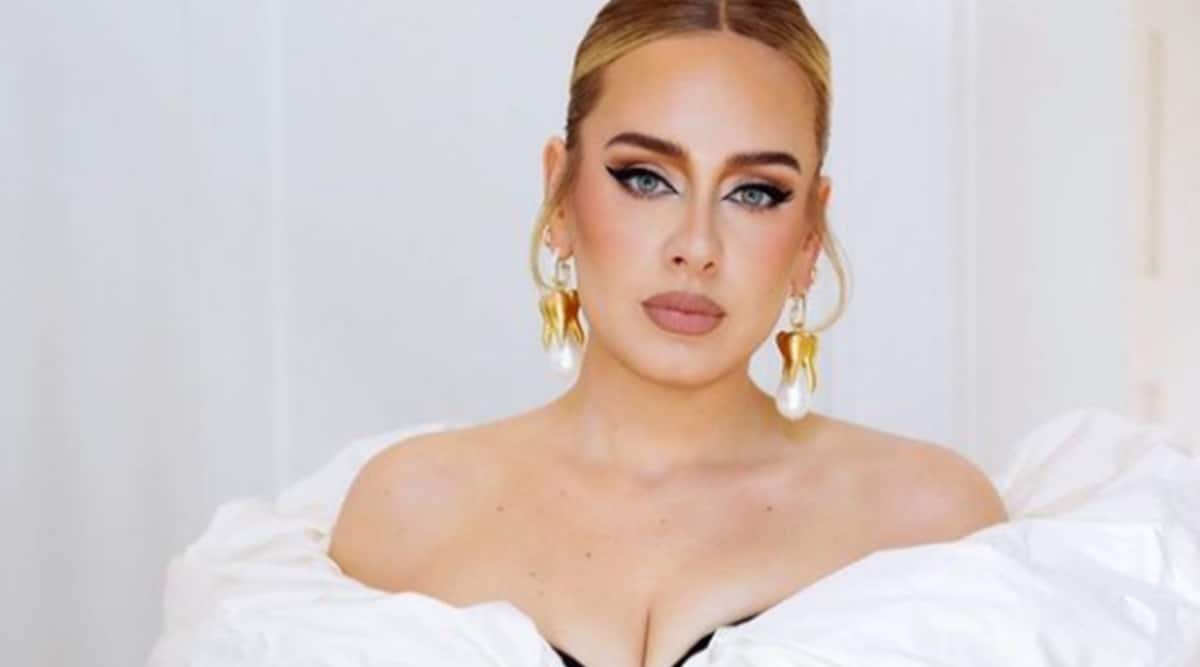 Although her reaction was funny, the question was intrusive. Source: adele/Instagram)

Days after opening up about her weight loss journey, Adele went live on Instagram and fielded numerous questions from her fans. Of the many questions that she was asked, one which caught our attention was about her food preferences — Chinese or Indian.

On being asked, the Hello singer shared that she enjoys both, adding: “I like Chinese takeout but I also like Indian takeout…I get sweet and sour chicken Hong Kong style from the Chinese back home and normally get chicken korma from India.” She, however, mentioned that her favourite cuisine is Thai.

During the interaction, Adele — who shared a snippet of her new song ‘Easy on Me’ — revealed that Titanic and Scarface are among her favourite films and that she likes reading — “I do very, very much”, she said.

The fun interaction — during which she even happened to tells her dogs “boys, I am on Instagram live” — however, became intrusive when someone asked “what her body count is” which, in modern parlance, refers to one’s partners.

To this, she rolled her eyes and asked back, “What does that mean?” Although she took it in stride, the question was intrusive. Her absolute dismissal to answer impressed people on social media immensely.

still can’t believe someone asked Adele what her body count was on live 😐 pic.twitter.com/yQuB5ZN1mn

Keeping it light, she expressed surprise when a fan asked her whether she would collaborate with Peppa Pig, a cartoon character. “Am I gonna collab with Peppa Pig? NO,” she retorted.

Prior to this, she featured on the cover of Vogue and British Vogue for their November issue. Speaking to the magazine, the 33-year-old had elaborated on her 100lb-weight loss and further stated that she did to manage anxiety. “It was because of my anxiety. Working out, I would just feel better. It was never about losing weight, it was always about becoming strong and giving myself as much time every day without my phone,” she was quoted as saying and then added she did it for herself and nobody else. “So why would I ever share it? I don’t find it fascinating. It’s my body.”