World No Tobacco Day 2019: How smokeless tobacco increases the risk of oral cancer

Unlike smoked tobacco that is used periodically during the day, smokeless tobacco is used constantly, exposing users to high levels of nicotine throughout the day, resulting in high levels of dependence. 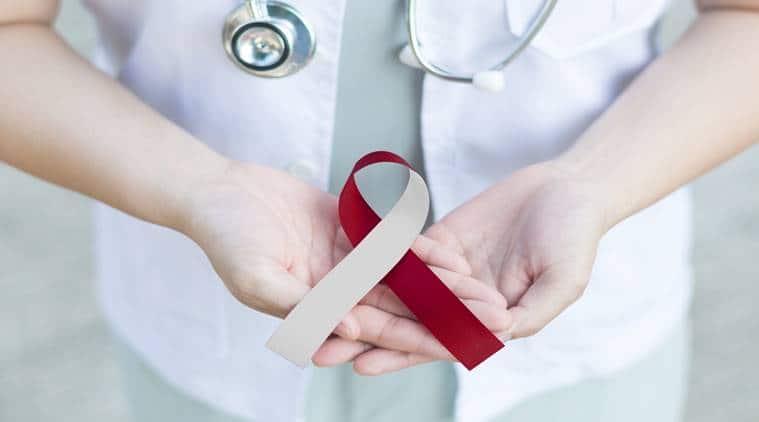 Studies indicate that chewing tobacco is associated with an increased risk for oral cancer.(Source: Getty Images/Thinkstock)

Chewing tobacco usually comes as leaves or in powder form which you put on the inside of your cheek and chew or absorb. It releases the flavours and nicotine causing the mouth to make a lot of saliva. Smokeless tobacco goes by many different names such as paan masala (gutkha), khaini, nass, naswat or niswar, zarda, supari.

Oral cancer is one of the most common outcomes of smokeless tobacco, with studies indicating that chewing tobacco is associated with an increased risk for oral cancer. Oral cancer can include cancer of the lip, tongue, cheeks, gums, and the floor and roof of the mouth, as well as the tonsils and oropharynx (back of the throat). Smokeless tobacco users also increase their risk of cancers of the oral cavity, pharynx (throat), larynx, and esophagus.

Some other effects of smokeless tobacco include addiction to nicotine, oral leukoplakia (white mouth lesions that can become cancerous), gum disease (periodontal disease), gum recession (when the gum pulls away or recedes from the teeth), loss of bone in the jaw, tooth decay (a result of sugar additives to enhance the flavour of smokeless tobacco), tooth loss, tooth abrasion (worn spots on the teeth), yellowing of the teeth, chronic bad breath, unhealthy eating habits (smokeless tobacco lessens a person’s sense of taste and ability to smell, so users tend to eat excess of saltier and sweeter foods which are harmful), high blood pressure (spit tobacco contains high concentrations of salt), and increased risk for cardiovascular (heart) disease and heart attacks.

If you use chewing tobacco or other forms of smokeless tobacco, you should consider options to help you quit. Giving up smokeless tobacco is good for the health, with short-term benefits usually including improved appetite, better digestion, and cleaner teeth and gums. Long-term benefits include less chances of cancer, heart diseases, and strokes.

This World No Tobacco Day, lets aim to raise awareness that all tobacco products are harmful and cause cancer, and that the use of such products should be strongly discouraged.

Dr Alok Chopra is the founder and a functional medicine expert at Daivam Wellness.