Most people think of the liver as a digestive organ, but in reality, it engages itself in immune mechanisms to thwart infections, filters and removes toxins in food and water we drink, while playing an active role in the handling of sugar, protein and cholesterol in the body. 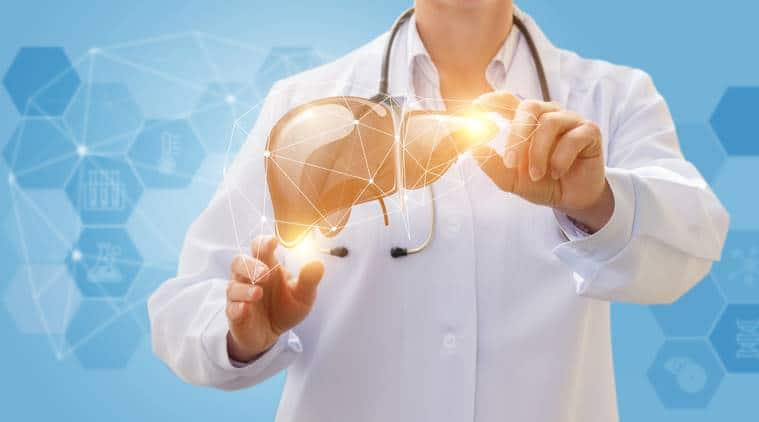 World Liver Day: According to WHO, the liver is the second largest organ in the body which takes part in a multitude of functions. (Source: Dreamstime)

World Liver Day is observed on April 19 to spread awareness regarding liver health and emerging liver diseases. According to the World Health Organization (WHO), liver diseases are 10th most common causes of death in India. The liver is the second largest organ in the body, which takes part in a multitude of functions. Most people think of it as a digestive organ, but in reality, liver engages itself in immune mechanisms to thwart infections, filters and removes toxins in food and water we drink, while playing an active role in the handling of sugar, protein and cholesterol in the body. All the medicines we take for various illnesses after its function is done is removed by the liver without causing accumulation of the same in the body.

Two decades ago, Kerala’s health status was almost on a par with that of developed economies. The state has succeeded in increasing life expectancy as well as reducing health indices like an infant and maternal mortalities. Historically, public distribution of food, Kerala’s publicly funded healthcare system, high literacy rate, especially among the females, played a major role in improving the health scenario. The Kerala ‘model of health’ used to be referred to as “good health based on social justice and equity”. Although, Kerala has long been known for spectacular feats in the field of health and boasts of social development indicators comparable to developed countries, an alarming increase in lifestyle disorders is pushing the state into a health crisis. Rising affluence, changes in lifestyle, junk food habits, obesity and rising incidence of diabetes have all contributed in varying degrees to the health crisis. Non-resident Keralites, who played a pivotal role in economic development of the state, indirectly contributed to the lifestyle changes mentioned above.

Read the story in Malayalam here.

Sedentary lifestyles, overeating habits not commensurate with one’s level of physical exercise, clubbed with high liquor consumption is the “trio problem” in the state resulted in a metabolic imbalance of calorific intake through food and its burn out through exercise, diabetes and, ultimately, various organ damage. The brunt of attack due to these aberrant lifestyles is borne by the liver. Although it may not receive the same amount of attention as organs such as the heart or brain among the public, every bit of the unassuming liver is nonetheless crucial to life. On top of over 500 vital functions – including filtering, cleansing, manufacturing and digestive functions that it performs – the liver has an amazing ability to regenerate and return to its original size, even after the removal of up to 75 per cent of the organ. Nonetheless, unhealthy lifestyles have pushed the livers of millions of people to the limit, leading to what experts call a SILENT EPIDEMIC of liver disease; a majority of this is contributed by fatty liver disease.

What is fatty liver disease?

A staggering 25 per cent of the global population has the non-alcoholic fatty liver disease (NAFLD), a condition where fat makes up more than 5 per cent of the liver. Fatty liver can occur commonly with excessive consumption of alcohol. Those who don’t consume alcohol can develop the fatty liver disease in the background of sedentary lifestyle, unhealthy food habits, a condition called non-alcoholic fatty liver disease (NAFLD). As mentioned before, when you eat more than the level of physical exercise you engage in, excess
calories which are not burned transforms into fat and gets deposited in the liver.

Over time — years or decades, in some cases — NAFLD progresses to a more serious condition called “fatty swelling” or non-alcoholic steatohepatitis (NASH), where the liver becomes inflamed and scarred, and ultimately liver structure and function are deranged. Without treatment, the disease worsens to liver cirrhosis, a late-stage disease where a liver transplant is the only life-saving option for the patient.

NAFLD is not entirely lifestyle mediated. Genetics also seems to play a role. Specific genes like PNPLA3 have been identified, which predisposes individuals to diabetes and fatty liver disease. Unfortunately, this diabetes- and fatty liver-inducing “bad genetics” is seen more commonly in Asian population than in the Western world. Till now, these bad genetics did not surface due to poverty and agrarian economy in Asia, where physical exercise was part and parcel of common man’s lifestyle. With Asian economies evolving in a big way, sedentary lifestyle, overeating and alcoholism contributed to the unmasking of the bad genetics inducing fatty liver disease. What seems to be alcoholic liver disease in fact could be a combination of genetically linked NAFLD and alcohol-induced liver damage — both alcoholic and non-alcoholic fatty liver disease with its attendant liver scarring, liver failure and liver cancer risk is the growing epidemic, especially in Kerala where aberrant lifestyle changes were imbibed at a rapid rate as compared to rest of India. The purchasing power of the state of Kerala has definitely gone up, but this resulted in assuming unhealthy food habits. Being a non-agrarian economy, with blue-collar job craze and consumerism along with NRK remittances heavily supporting the economy of the state, a thorough mismatch between exercise and food intake happened. 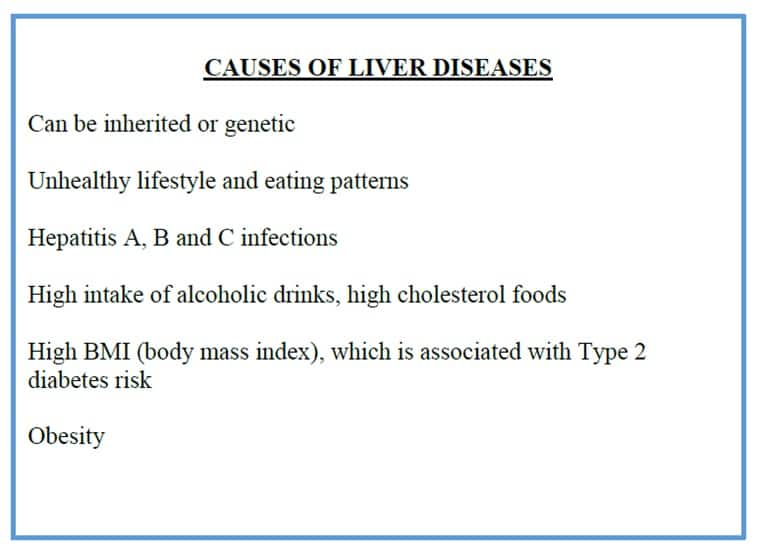 World Liver day 2018: Most of the time in countries like India, where screening programmes are not active, liver cirrhosis is detected at a stage when a patient needs a liver transplant to survive.

Liver diseases are largely silent without causing any signs or symptoms in the patient. The damage that happens at the liver tissue level through the fatty liver, fatty hepatitis and liver scarring is silent until the very late stage where liver function dips. Most of the time in countries like India, where screening programmes are not active, liver cirrhosis is detected at a stage when a patient needs a liver transplant to survive. This underlines the necessity to undergo screening to detect this silent epidemic and arrest progression into late stages of liver scarring and liver cancer.

Once silent liver scarring process sets in, reversibility cannot be guaranteed. Needless to say, prevention is the way to go. At least, early detection of the silent liver disease and treatment before permanent damage sets in should be aimed at.

In Kerala, it is not uncommon to find youngsters in their 30s developing liver cirrhosis. Alcoholism, which begins in campuses clubbed with genetically linked lifestyle liver diseases, namely NAFLD, probably is the reason behind this alarming phenomenon. As a clinician engaged in focused liver care over a decade, my youngest cirrhotic patient was 28 years who had a family history of diabetes, high cholesterol levels and on top of that, alcoholism – which was initiated in high school. Creating awareness among the young generation, from school days onwards regarding how over nutrition, lack of exercise along with abuse of alcohol is the way to go to curb this liver health crisis.

Although other causes of liver diseases like long-standing viral hepatitis B and C are less common in Kerala as compared to fatty liver disease, it is desirable to undergo screening for these and early treatment before permanent liver scarring sets in. Vaccination of Hepatitis B is a single intervention which prevents liver cirrhosis and liver cancer.

Raazi promotions: Alia Bhatt’s lavender and gold Manish Malhotra anarkali is like a breath of fresh air in the summer heat