PCOS can cause early miscarriages in pregnancy due to altered hormonal milieu. (Photo: Getty/Thinkstock)

Polycystic ovarian syndrome (PCOS) is emerging as a global epidemic in women in the scenario of altered lifestyle and dietary habits. With decreased physical activity and hectic work-from-home schedules along with online classes for young girls and women, their daily routine and diet has gone for a toss, leading to obesity. This is having far reaching consequences at every stage of the girl’s life, said Dr Ritu Sethi, senior consultant-gynaecology, Cloud Nine Hospital, Sector 14 Gurgaon and Apex Clinic, Sector 31, Gurgaon.

PCOS is an endocrine (hormonal) disorder which has an incidence of “1 in 8 women between the ages of 12 to 45 years”. It has now been found out that widespread hormonal imbalances has effects even beyond a woman’s reproductive life.

ALSO READ |Some ways to maintain your thyroid health, as advised by a doctor

ALSO READ |How does a blocked fallopian tube cause female infertility?

These abnormal male hormone released by the affected ovaries leads to hair growth on the face, acne, loss of hair on the scalp, abnormal menstrual cycles and may even lead to inability to conceive. Menstrual irregularities can range from infrequent, scanty menses to heavy or irregular menstrual cycles.

Not only are these immediate cycle changes a cause of much concern, PCOS also is a cause of type 2 diabetes later on in life and development of diabetes during pregnancy. It can also cause early miscarriages in pregnancy due to altered hormonal milieu. Chances of development of hypertension , cerebrovascular disease and stroke is also high due to high levels of abnormal lipids in the blood due to high levels of testosterone. This is also because obese women have more incidence of PCOS. 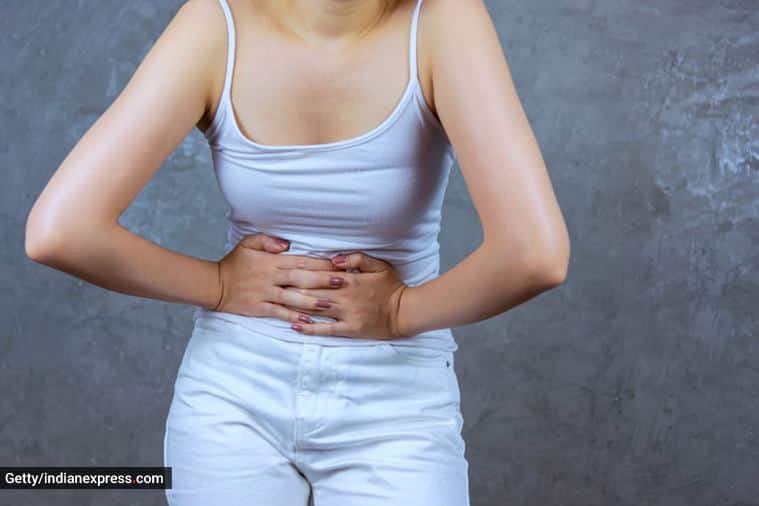 Women who are unable to conceive, undergo episodes of anxiety and panic attacks. (Photo: Getty/Thinkstock)

The incidence of cancer especially of the uterus is also increased in later life due to the abnormal level of hormones. Obesity also contributes to the increase in incidence of breast cancer. Women with severe PCOS, undergo prolonged infertility treatment, exposing them to the risk of ovarian cancer in later life.

PCOS causes not only physical manifestations of disease, it also leads to mental health problems due to loss of self esteem, body shaming and poor self-worth due to excessive facial hair, acne and obesity. Women who are unable to conceive, undergo episodes of anxiety and panic attacks. Not only the women, the couple and their families, undergo emotional stress due to infertility and the uncertain course of the disease.

So is there any way out?

Yes; by simple lifestyle interventions like physical activity and dietary modifications. “Lifestyle modifications like moderate physical activity of 40-45 minutes daily helps to keep weight under check and produces hormones which keeps blood sugar levels in control. Dietary modifications like eating foods with low glycaemic index and antioxidants curbs the sugar spikes responsible for insulin resistance typical of PCOS patients and reduces the chronic inflammation seen in these patients . Thus PCOS patients should be cautious of their diet and avoid highly processed, sugary , starchy and fried foods which also contributes to their obesity,” she shared.

The cure for PCOS is simple; why is it going out of control?

PCOS is a hormonal condition which has no cure, but can only be brought under control by the above measures. It is the lifestyle condition which has become increasingly common due to junk, sugary, highly processed foods with almost nil physical activity, without women realising the long-term implications.