What may be causing alzheimer's? A new study has some answers (Source: Getty Images/Thinkstock)

For many years, it has been believed that degenerative brain cells caused Alzheimer’s-related symptoms like memory loss, but a new study that used advanced imaging technology has highlighted how it is synaptic loss that is responsible for the condition.

Also Read |Alzheimer’s care amid pandemic: All you need to know

According to mayoclinic.org, Alzheimer’s disease is a progressive neurologic disorder that causes the brain to shrink (atrophy) and brain cells to die. Alzheimer’s disease is the most common cause of dementia — a continuous decline in thinking, behavioral and social skills that affects a person’s ability to function independently. 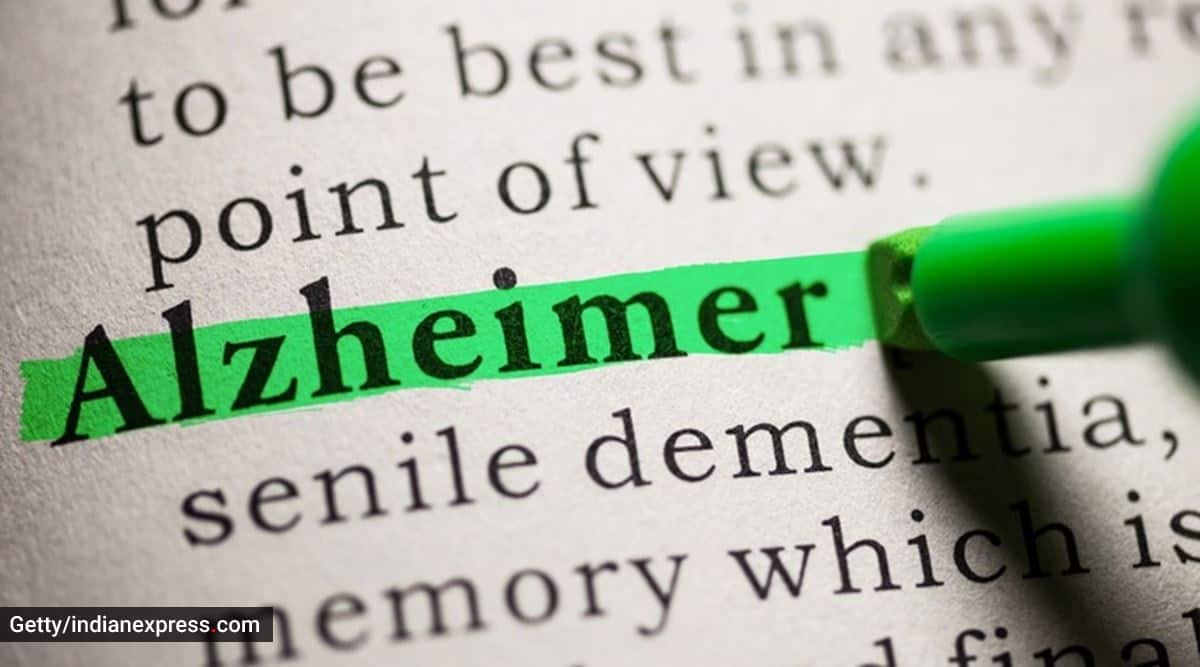 Here’s what you need to know about alzheimer’s and its cause (Source: Getty Images/Thinkstock)

Published in the journal Alzheimer’s and Dementia: The Journal of the Alzheimer’s Association, on February 17, 2022, the study used the new glycoprotein 2A (SV2A) PET imaging scan to measure metabolic activity at the brain synapses of 45 people diagnosed with mild to moderate Alzheimer’s disease.

How does the technology work?

Dr Pavan Pai, neurologist, Wockhardt Hospital, Mira Road informed indianexpress.com that the PET scan allows the doctor to check for any abnormalities present in the body. “Special dye with radioactive tracers can be injected into a vein in the arm based on what part of the body is being examined. Then, the doctor will tell you how the organs and tissues are working and check for heart problems, memory disorders, or cancer. This scan tends to detect changes in one’s cells. Furthermore, this scan will also help with amyloid protein plaques in the brain linked to Alzheimer’s disease. Alzheimer’s can be diagnosed even before one notices the symptoms. The distinct patterns of cerebral glucose metabolism also help in differentiating Alzheimer’s from other causes of dementia,” he said.

The study notes that the researchers can now track the loss of synapses in patients over time, providing better understanding of development of cognitive decline in individuals, said Christopher van Dyck, a professor of psychiatry, neurology, and neuroscience at Yale School of Medicine, director of the Yale Alzheimer’s Disease Research Center, and senior author of the paper.

“The findings help us understand the neurobiology of the disease and can be an important new biomarker to test the efficacy of new Alzheimer’s drugs,” said Adam Mecca, assistant professor of psychiatry and lead author of the paper.

How pertinent is this study?

Dr Pradeep Mahajan, regenerative medicine researcher, StemRx Bioscience Solutions Pvt. Ltd., Mumbai states that Alzheimer’s disease is a major cause of dementia and it’s prevalence is increasing worldwide. “PET scanning enabled researchers to observe the loss of synapses (gaps between nerve cells) even in patients with mild AD in the study. This is a newer mechanism as, for long it has been believed that Alzheimer’s symptoms are caused by loss of connections between brain cells. Also, certain unwanted proteins accumulate in the brain in AD, which largely go undetected in early stages. PET identifies cellular level/metabolic changes, thus can be used to detect diseases earlier than other tests,” he told indianexpress.com.

According to Dr Mahajan, an annual or biennial PET scan could be recommended in older individuals to observe changes of Alzheimer’s, thereby enabling early identification even before symptoms set in and delay cognitive decline.

Kajal Aggarwal opens up about her ‘mommy training’: ‘Dealing with fears you never knew existed’