‘We hold unrealistic standards, feel even worse about ourselves’: How social media impacts mental health 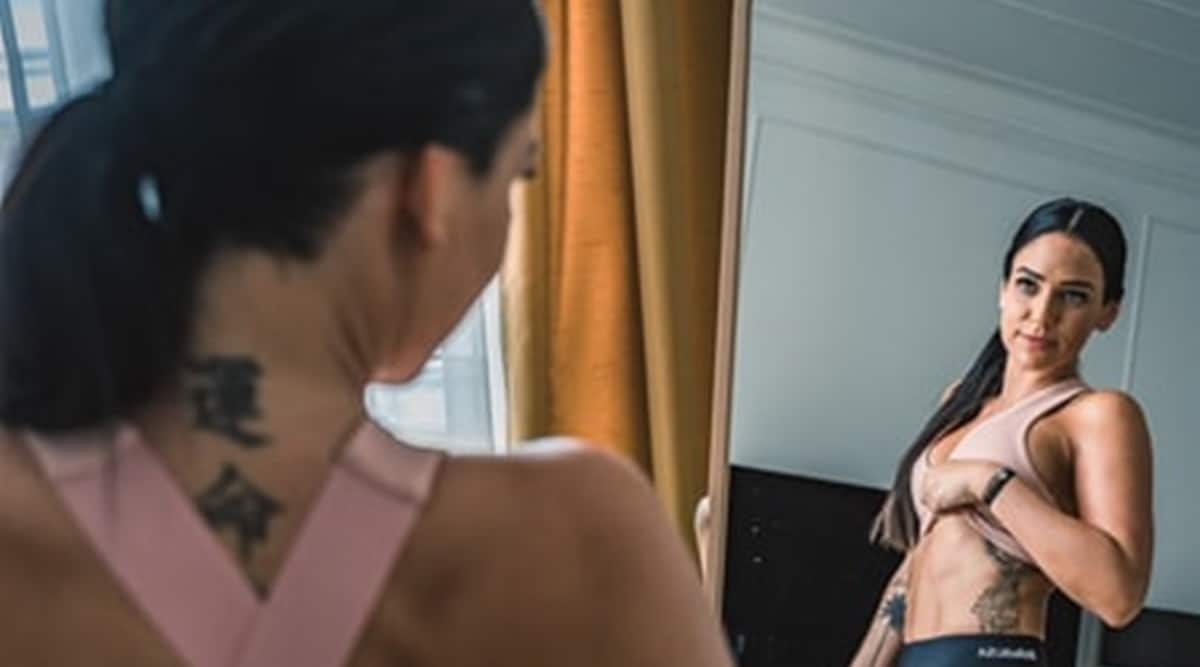 Several studies in the past have shown how social media impacts body image. (Source: pixabay)

The impact of social media on mental health has been an oft-debated issue. But the issue recently raised concerns after whistleblower Frances Haugen, a former Facebook employee, revealed the harmful impact of Instagram on the mental health and self-esteem of teenage girls.

A Wall Street Journal article published in September shared the findings of Facebook’s internal study, according to which, 32 per cent of teen girls said they “felt bad about their bodies, Instagram made them feel worse”.

Several studies in the past have shown how social media impacts body image. Ketaki Natekar, psychologist MindPeers, tells indianexpress.com, “Research shows who you follow has a great influence on how you feel about yourself or your body. If we follow appearance-related pages, then we hold unrealistic standards about how we should look and feel even worse about ourselves.”

Social media has blurred the lines between the virtual and the real world for many users. (Source: pixabay)

The psychologist further shares, “A survey, conducted on 1,244 women, between the ages of 15 and 65, across 20 Indian cities including Delhi NCR, Mumbai, Bengaluru, Hyderabad, and Chennai, found that 76 per cent believe media portrayals of beauty contribute to body shaming. Again, 89 per cent women reported feeling uncomfortable about their own selves when they read comments on social media about other people’s appearances.”

But how can social networking apps leave such a deep impression? A primary reason, as experts note, is that a significant part of our day revolves around social media. After all, it has become one of the most convenient ways to pass time, whether we are waiting for someone or something, or to avoid boredom. With more and more time invested in the virtual world, it is what shapes our understanding of reality. Ironically, what we see on the screen is only half-truth and sometimes, no truth at all.

“Our virtual self is different from the real self. If a person is ignored on social media and does not get likes and comments on a post, can feel sad, irritated, and even anxious,” stresses Dr Satish Kumar CR, consultant-clinical psychology, Manipal Hospitals, Old Airport Road.

Adds Natekar, “With the plenty of filters and photo edits available, the appearances we follow are quite often unreal. The more time we spend online, the lesser time we spend in real face-to-face interactions thus impacting our overall well-being and reducing the chances of meeting and interacting with real inspirations.”

Unfortunately, the situation has only aggravated in the past two years, especially amid the pandemic, where teens’ screen time has increased significantly, shares Dr Ajay Dudhane, president, Anandavan de-addiction centre in Pune that also treats people afflicted by internet addiction. “From what I have seen, today’s teens use Instagram a lot more than Facebook or Twitter, apart from some video sharing apps. They feel the urge to become viral sensations; they emulate influencers or make videos and reels instantly on social media trends. Not just cities, but this is becoming a trend in rural areas as well. But, often, they end up following the wrong role models on social media.” As a result, they start living in a world of fantasy, he adds.

What all of it can lead to is a change in personality. Dr Dudhane points out how excessive screen time disturbs sleep. “It impacts the body clock and one’s eating pattern too. One tends to become hyper and irritable.”

A simple way to cope is to set realistic limits on how much time you want to spend on social media. “Balance your time on social media with real interactions. Decide who you’d want to follow on social media,” Ketaki advised. More importantly, work at raising your self-esteem and self-image, she emphasised.

Influencers play an equally important role in the kind of content that one is exposed to online. As such, it is crucial that they take responsibility of what they share on social media. Popular digital content creator and influencer Masoom Minawala says, “I stick to my ideals and what seems to resonate with my audience along with focusing on sharing the important and empowering content across social media. Many things can affect the audience on social media in one way or another but what’s important here is to focus on the positive side of things, not just for you but for everyone out there.”

“I also emphasise on Instagram being a part of life and not my whole life so people don’t mistake my life to be just the grid. Keeping in mind the type of audience; I only post content that is positive, impactful, knowledgeable and empowering. I feel having a clear mindset is the way to go,” she expresses.

It is also important to strictly avoid engaging on social media from time to time, Dr Kumar recommends. “Deliberately avoiding posting pictures and to stop looking at social media multiple times a day can be very beneficial. Do not check it as the first thing in the morning and in the middle of night and whenever feeling bored. Trying to keep phone away especially at night while sleeping. Socialising and making friends and talking to people in real life can be very beneficial.”