What scientists are tweeting about. 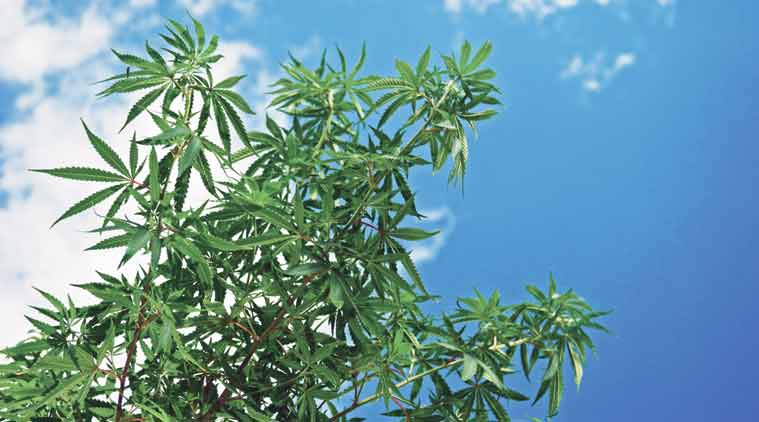 Winstanley’s team tested a group of mice for which ones were active and which ones lazy. This was done by giving them small rewards for tiny tasks and big ones for tougher tasks.

A perennial concern with marijuana use has always been that it makes people lazy. Cognitive scientists Stephen Pinker tweeted an article about a study conducted on the effects of the two active ingredients of marijuana — tetrohydrocannabinol (THC) and cannabidiol (CBD) — in different quantities on one’s willingness to work. THC is what makes one high, while CBD contains antisseizure, analgesic and anti-cancer effects, says Catharine Winstanley, psychology professor at University of British Columbia, leading the study. Winstanley’s team tested a group of mice for which ones were active and which ones lazy. This was done by giving them small rewards for tiny tasks and big ones for tougher tasks. All the mice were then administered small amounts of THC. “Whether they were workers or slackers to begin with,” Winstanley was quoted in the article, “even small amounts of THC made them all slackers”. The THC did not affect their ability, Winstanley says, just their desire to perform the tasks. No fall in motivation was seen when the mice were administered only CBD.

AMONG MANY reasons why people shift to a vegan lifestyle, one of the most common is that they think that by stopping eating meat they will not contribute to the creation of “superbugs”. A common belief is that poultry and livestock are often pumped with antibiotics which, when consumed, lead to a rise of antibiotic-resistant superbugs. An article tweeted by biologist Jonathan Eisen claims that fruits and vegetables too are doused in antibiotics (though much less frequently than meat). “Unless you strictly eat organic, your food is contributing to a problem that threatens to send us back to the dark ages of medicine, where every cut or scrape could be life-threatening,” the article adds. It adds that in a rare meeting to discuss health, the UN General Assembly is meeting next week to figure out a global strategy to fight antibiotic resistance. In recent years, the UNGA has assembled only to discuss two other health-related issues — AIDS and Ebola. The article quotes top WHO scientist Keiji Fukuda as saying the solution is not through a top-down policy approach. Dr Fukuda adds the solution has to be social-centric, like the fight against smoking. “What we’ve seen now is a sea change. People don’t smoke indoors. You can go in bars anywhere in the world and see signs that say ‘no smoking’. That’s not a top-down. That’s a cultural change,” he says.

On October 15, 1997, NASA sent out one of the most ambitious projects in its history — sending an object deeper into space than ever before. The Cassini-Huygens (commonly known just as Cassini) spacecraft has travelled more than 2.2 billion kilometres since its launch and, after close to 19 years, remains a showpiece as one of the most successful space exploration operations ever undertaken. According to an article written and tweeted by Emily Lakdawala, the chief imaging scientist on the Cassini team, the mission will be completed in a year and the spacecraft will be ordered to plunge into Saturn to give glimpses of the planet as it is consumed by the heat of the atmospheric entry. “Originally planned to last 4 years in orbit, the mission was extended twice to cover Saturn over a total of half of its year around the Sun,” Lakdawalla writes. Even in its final year (which is two years more than it was ever intended to last) Cassini manages to send back crucial information from Saturn. On November 29, Cassini will attempt a flyby of Titan (Saturn’s largest moon) and drop close to the F-Ring (again Saturn’s largest) to try and sample the strength of never-scanned-before regions of Saturn’s magnetic fields. In another set of complicated manoeuvres next April, Cassini will try to fly the closest it has to Saturn yet. It will fly within 3,800 km of Saturn’s cloud tops and send back images. Cassini will see the planet, its rings, and energetic particle environment from a new perspective. Scientists on Earth will also have the first-ever opportunity to measure the masses of the ring system and Saturn separately. Then, ending its close to 20-year journey, a final nudge by Titan on September 15, 2017, will send Cassini to its death.

At least 26 killed in Aleppo as UN meets over Syria